In a series of tweets, Jami Moor shared he was raped by a powerful man he worked for and was then close to. Jami is one of the few men in Pakistan's entertainment industry who have been active in their support of the #MeToo movement there.

Jami Moor, an award-winning Pakistani filmmaker and video director,  shared on Twitter his own experience on being a victim of sexual abuse 13 years ago.

He began his thread of tweets on Sunday night apparently in response to the backlash faced by the #MeToo movement after a college teacher killed himself in Pakistani's city of Lahore, leaving behind a note blaming his decision on what he called false allegation against him.

Jami, 47, has been vocal in supporting the #MeToo movement in Pakistan, slamming its critics for efforts to discredit the global effort to hold sexual harassers to justice.

Tragedy of Desi society is that as if so many were waiting for #metoo to fail backfire. Entire colossal efforts are pouring out today to discredit this movement knowing every movement has elements which are open to anyones action which cud hurt the trust. But sadly so much power

He went on to describe his ordeal of being "brutally raped by a very powerful person" in the Pakistani media industry, 13 years ago.

Jami did not name his abuser in his tweets but described him someone he was close to, a giant in the media world who was known for his interest in "high-end" books and museums.

Why im so strongly supporting #metoo ? cuz i know exactly how it happens now, inside a room then outside courts inside courts and how a survivor hides confides cuz i was brutally raped by a very powerful person in our media world. A Giant actually. and yes im taller than him but

I froze not sure why yesss it really happens and happened to me. Till this day 13 years ve passed i curse myself why i didnt take his eyes out but i was so close to this guy a friend, doing his mega shoots for his mega high end books and museum launches etc may be thats why my

He said that no one, including his friends, took him seriously when he shared his ordeal. No one, he said, did anything to help him out.

Jami said he sought therapy after the rape but found little support around him.

own home telling Mother who was also busy with her pain to run out and stop him from coming in. Fiasco fucking cant even cry for my papa. Till this day i dont ve the courage to come out and name him. Its super tough. I know my own buddies will laugh and joke or whatever shit

Shortly after Moor's story was published on almost all news outlets in the country, major new organisation Dawn.com took down the story. Other outlets were also reported to have removed the content.

Jami attributed the takedown to the power of the abuser.

The "media giant" who assaulted @jamiazaad seems to be working overtime. Articles about Jami's tweets already removed from @dawn_com @thenews_intl @GeoTVofficial website. Quite sure if he ever reveals who it is, no one will stand by him. That's how elites in this country operate.

So story taken down by almost all channels at same time! Thats no error. Thats the power i was talking about. Where r the truth hunters? #metoo

Its like Dark knight,who can you Trust? I messaged and confided in one Top oldest journalist and in 7 min all stories were pulled down. #metoo

The article had been apparently edited, with "tycoon" changed to "powerful media person".

Jami used his #MeToo moment to express his support for victims.

"I'm pissed that they are attacking the movement and victims, so I'm coming here today after 13 or so years to say 99.99 percent survivors are telling the truth always. No doubt ever!"

Jami had come out publicly in his support to Shafi.

A court case over Shafi's harassment allegations and Zafar's counter claims of defamation is still under way. 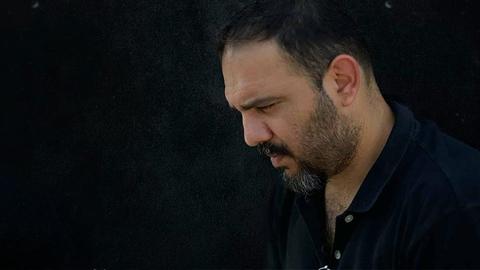 #MeToo: a failed movement in Pakistan?