Bracing cold and fog, hundreds of people took to streets in major Indian cities in the wee hours of Monday to protest against an attack on university students by Hindu extremists.

Clashes broke out late on Sunday between students of New Delhi's Jawaharlal Nehru University (JNU), who were protesting against a fee hike, and youth wing members of a group closely tied to India's ruling Bharatiya Janata Party (BJP), injuring over a dozen people, witnesses and officials said.

Unreal atmosphere in Mumbai! Protest against JNU violence - it's 2:17 am right now!

The brutal attack on JNU students & teachers by masked thugs, that has left many seriously injured, is shocking.

The fascists in control of our nation, are afraid of the voices of our brave students. Today’s violence in JNU is a reflection of that fear.

It denied they had instigated clashes and said they were first attacked by the left-leaning students.

The ABVP members contacted by Reuters at the site did not belong to JNU.

JNU, one of India's most prestigious universities, has a history of left-wing activism. Many there have also in recent years protested against Prime Minister Narendra Modi and the BJP, accusing them of curbing free speech.

"Horrifying images from JNU — the place I know & remember was one for fierce debates & opinions but never violence.

Protests against a fee hike began in November when hundreds of students marched from the campus seeking its cancellation, saying it would make education unaffordable.

This is the latest incident, which involves Hindu nationalists who have cheered Modi's government for introducing the controversial Citizenship Amendment Act (CAA).

The law allows Hindu, Sikh, Christian, Buddhist and Parsi immigrants from Afghanistan, Bangladesh and Pakistan to apply for Indian citizenship.

The amendment, which according to some reports benefits some 31,313 people, doesn’t cover Muslim refugees from Myanmar or the Sri Lankan ethnic Tamil community, reinforcing fears that the government is undermining India’s status as a secular nation. 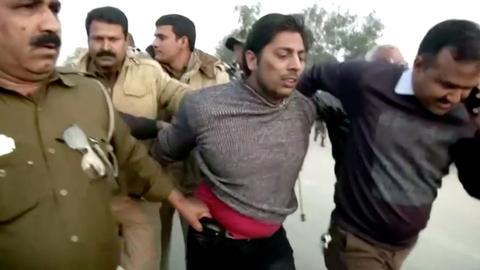 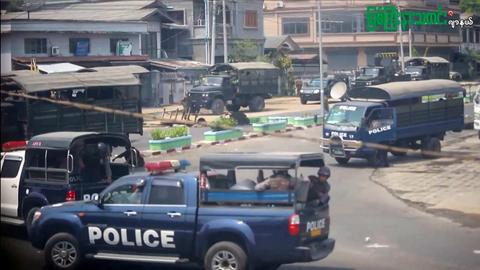