The attack came hours after a policeman killed five colleagues in their sleep at an outpost in eastern Nangarhar province.

A roadside bombing killed 11 members of a single family in eastern Afghanistan on Friday as they were travelling to a wedding, a local official said.

The attack came just hours after an Afghan policeman turned his rifle on his colleagues while they slept at an outpost in eastern Nangarhar province on Thursday night, killing five.

The five women, five children and a man killed by the roadside bomb in Logar province were all from the same family, said Salim Salleh, the spokesman for the provincial governor of Logar.

In the Thursday night attack, district governor Abdul Wahab Momand said the policeman shot his colleagues at an outpost in the district of Ghanikhil.

After the shooting, the attacker, who was only identified by one name, Nasratullah, seized all the victims' firearms and fled the scene, the governor said.

Neither the Taliban nor Daesh, the two militant groups who operate in the area, immediately claimed responsibility for the attack in Nangarhar, a mountainous province that borders Pakistan.

There was also no claim of responsibility for the attack in Logar, but Salleh accused the Taliban of planting the roadside bomb.

The Taliban have stepped up their attacks since announcing their spring offensive last month.

The explosion disabled an armoured vehicle but caused no injuries, High said. After recovering the vehicle, the convoy continued on its mission, he added.

Afghanistan has the highest number of mine victims in the world, which along with roadside bombs kill or wound an estimated 140 people every month.

Last year, at least 3,498 civilians were killed and 7,920 were wounded in ongoing violence across the country, an increase of 3 percent over 2015, according to a UN report released in February. 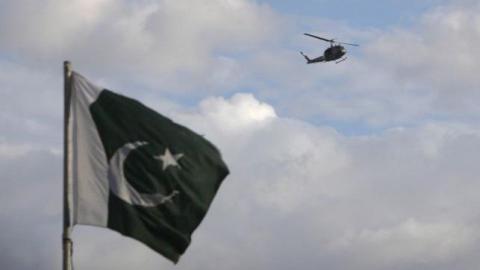