Fresh clashes between Myanmar's security forces and Rohingya Muslims claim eight lives, while 36 members of the minority community have been arrested for alleged involvement in the violence.

Hundreds of buildings in the Rohingya villages of western Myanmar's Rakhine State have been torched, amid a fresh spate of violence, according to new satellite images released by Human Rights Watch on Sunday.

Northern Rakhine, which is home to the Muslim Rohingya minority and borders Bangladesh, has been under military lockdown after nine police were killed in surprise raids on border posts last month.

Soldiers have killed dozens of people and arrested scores in their hunt for the attackers, who the government claims are Rohingya militants with links to "terrorists" overseas.

Fresh clashes arose once again on Saturday with two soldiers and six attackers killed, according to state-run media.

Around 60 attackers armed with guns, spears and knives attacked government troops on Saturday morning, according to the state-owned Global New Light of Myanmar.

The army fired back, but at one stage asked army choppers for reinforcement because its troops were outnumbered, the paper said. At least 36 others thought to be involved were arrested, the paper added.

Ye Naing, director of the Ministry of Information said on Sunday the attackers were hiding among the villagers and that not all of the 500 people were militants.

Their analysis revealed that over 400 buildings were torched in three Rohingya villages, where the fighting has been taking place.

Active fires and burn scars showed that the majority of the destruction was caused by arson, the group said. The latest images were taken on November 10.

The group's Asia director, Brad Adams, said the new photos showed "widespread destruction" that was "greater than we first thought".

The military and government have rejected allegations that troops have burned Rohingya villages, accusing Rohingya militants of lighting the fires.

The claims could not be independently verified since access to aid workers and journalists is severely restricted in the region.

"Burmese authorities should promptly establish a UN-assisted investigation as a first step toward ensuring justice and security for the victims," Adams said in a statement.

The resurgence of violence in western Rakhine has deepened and complicated a crisis that already posed a critical challenge to the new administration led by democracy activist Aung San Suu Kyi.

The latest wave of violence has been the most serious to strike Rakhine since hundreds were killed in communal clashes in 2012.

The government and the army have denied the accusations, saying they were carrying out a "clearance operation" in the villages.

Myanmar's 1.1 million Rohingya Muslims are the majority in northern Rakhine but they are refused citizenship, with many majority Buddhists considering them to be illegal immigrants from neighbouring Bangladesh. They face extreme travel restrictions. 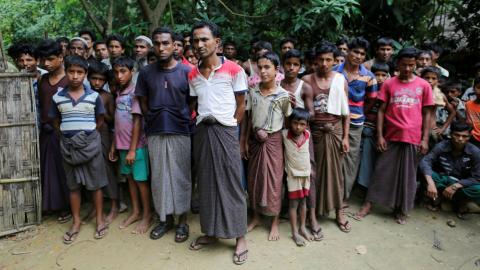 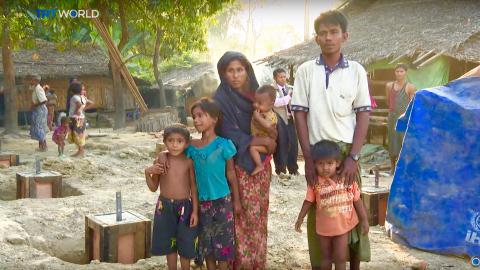