1
More than a dozen dead as bus falls into deep ravine in southwest Pakistan
2
There are 'fatalities' in Karakalpakstan region: Uzbek President Mirziyoyev
3
Pulitzer-winning Kashmiri photojournalist stopped from flying to Paris
4
Top Chinese diplomat in Myanmar amid opposition protest
5
Thousands in Sydney ordered to evacuate before 'life-threatening' flood

A few kilometres away from the North Korean border, the South Korean town of Paju shows little sign of the recent tensions that have risen in the militarised region.

A half-hour's drive north of Seoul, along a highway lined with barbed wire, lie two shopping malls the size of several football stadiums, a stone's throw from the world's most militarised border.

The malls are in the city of Paju, gateway to the UN truce village of Panmunjom, where military officers from the combatants of the 1950-53 Korean war discuss armistice matters – when the two sides are on speaking terms, which they aren't these days.

"Fairy tales come true in Paju," is the advertising lure from the Korean Tourism Board. But it was nightmares that were all too true here during the Korean war, when Paju featured some of its fiercest battles. Paju is home to the country's only "enemy's cemetery," where the remains of Chinese and North Korean soldiers are buried.

The Korean War, in which the United States fought alongside South Korea and China with the North, ended in a truce that has yet to be replaced by a peace agreement and has left the two sides technically at war.

It means South Koreans have long grown accustomed to living in a doomsday scenario, one that includes up to 10,000 artillery guns pointed toward the South and capable at any moment, in the words of North Korea's propaganda machine, of turning Seoul into a "sea of fire" and a "pile of ashes."

For 30-year-old Park Chol-min, it's nothing more than empty threats.

"It's just a show or performance. I think North Korea has a lot more to lose than to gain by turning Seoul into a sea of fire," said the video game producer from Seoul, visiting the Shinsegae mall with his girlfriend to buy her a birthday gift.

Paju stepped up North Korea-related tourism in the 2000s, when liberal governments launched a "Sunshine Policy" of engagement with North Korea.

Foreigners and locals flocked to Panmunjom to see stony-faced North Korean soldiers on guard and an underground tunnel built by the North, and to Imjingak, which houses the Bridge of Freedom, where prisoners of war were traded at the end of the war.

It was not long after the malls opened, though, when North Korea dramatically stepped up the pace of missile and nuclear tests under Kim Jong-un, who took power in Pyongyang when his father Kim Jong-il died in December 2011.

"The tests have not dented visitor interest at all," said a Paju city official in charge of tourism, who asked not to be named. "It has become just part of daily life, although it is sad to say so."

China calls on DPRK, S Korea & US to calm down 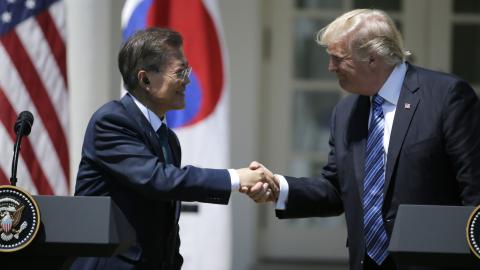 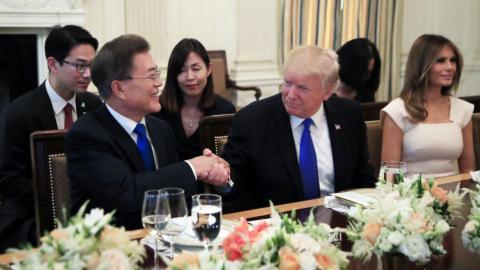 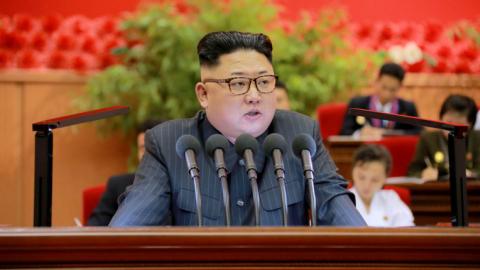 1
More than a dozen dead as bus falls into deep ravine in southwest Pakistan
2
There are 'fatalities' in Karakalpakstan region: Uzbek President Mirziyoyev
3
Pulitzer-winning Kashmiri photojournalist stopped from flying to Paris
4
Top Chinese diplomat in Myanmar amid opposition protest
5
Thousands in Sydney ordered to evacuate before 'life-threatening' flood