Cyclone Zena, a category three tropical storm with winds in excess of 120 kph (75 mph), is set to hit Fiji within 24 hours as the South Pacific island nation struggles to recover from a devastating cyclone in February.

Category five Cyclone Winston, one of the most powerful storms recorded in the southern hemisphere, killed 42 people and flattened settlements in February. Prime Minister Frank Bainimarama said it could take years for Fiji to recover.

With widespread damage to homes across Fiji, many people have returned to shelters used when Cyclone Winston hit. Nearly 80 evacuation centres have been opened with 3,592 people taking shelter there, said the UN Office for the Coordination of Humanitarian Affairs. 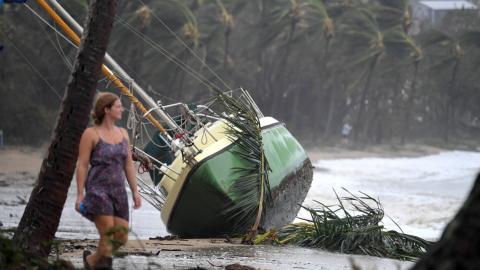