UN blacklists leader of Jaish-e-Mohammad, based and proscribed in Pakistan, on its list of global terrorists as China lifts objections. India hails decision, but Pakistan says listing approved after Kashmir dispute was de-linked from the group.

The United Nations on Wednesday added Masood Azhar, the leader of a Pakistan-based and proscribed outfit, to its list of global terrorists after China lifted its objections to the move.

The UN sanctions committee on Daesh and Al Qaeda announced in a press release the designation of Azhar, leader of Jaish-e-Mohammad (JeM), over its ties to Al Qaeda.

JeM had claimed responsibility for the February 14 attack in India-administered Kashmir's Pulwama district that killed 40 Indian troops and stoked tensions between India and Pakistan.

China had blocked three previous attempts at the sanctions committee to blacklist Azhar and put a technical hold on a fourth request from Britain, France and the United States in March.

Masood Azhar designated as a terrorist in @UN Sanctions list

Grateful to all for their support. 🙏🏽#Zerotolerance4Terrorism

"Recently, relevant countries revised and re-submitted the materials for the listing proposal to the 1267 Committee. After careful study of the revised materials and taking into consideration the opinions of relevant parties concerned, China does not have objection to the listing proposal," China's Foreign Ministry spokesperson Geng Shuang said, in a statement.

"I would like to stress that Pakistan has made enormous contributions to fighting terrorism, which deserves the full recognition of the international community. China will continue to firmly support Pakistan's efforts to combat terrorist and extremist forces."

JeM itself has been on the UN terror list since 2001.

Under the decision, Azhar, considered the founder of JeM, will be subjected to an assets freeze, global ban and arms embargo.

Azhar is linked to terrorism for "participating in the financing, planning, facilitating, preparing, or perpetrating of acts or activities" carried out by JeM, according to the sanctions committee.

Pakistan's foreign ministry said the listing was approved "once [the] politically motivated attempts to link it with the Pulwama incident and the legitimate Kashmiri struggle for the realisation of the right to self-determination were removed."

UN diplomats said the request was again submitted to the committee and that China had not opposed the move to blacklist Azhar.

The United States had put forward a draft Security Council resolution to blacklist Azhar, ratcheting up pressure on China to remove its opposition to the sanctions.

India applauded the move which came after its air force said it carried out air strikes on a "JeM militant camp" inside Pakistan in February – the first time since 1971 that it had hit territory beyond divided Kashmir.

Islamabad says no militant camp was targeted and the missiles hit a forest area.

Pakistan said it shot down two Indian military jets and captured a pilot in a major escalation that followed Indian strikes.

Pakistan based #MasoodAzhar’s belated declaration as a global terrorist by UN is surely a welcome step.

India’s fight against terrorism is resolute.

We are disappointed that UN listing doesn’t mention Pulwama/J&K while listing Azhar’s role in terrorist activities.

Kashmir, at heart of dispute

Tensions between India and Pakistan have soared since the February attack in Kashmir that prompted tit-for-tat air raids, fueling fears of an all-out conflict between the two nuclear-armed countries.

Kashmir has been divided between India and Pakistan since the end of British colonial rule in 1947.

Both claim the Himalayan territory in full and have fought two wars over it.

Huge diplomatic win by #Pakistan against #India - baseless, political references, linking #MasoodAzhar with the legitimate Kashmiri struggle for right to self determination, removed 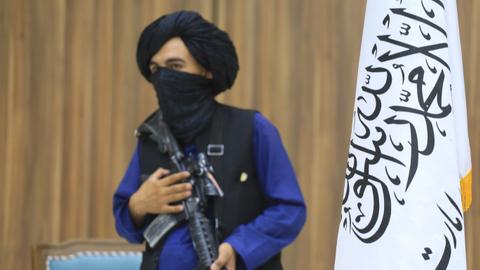 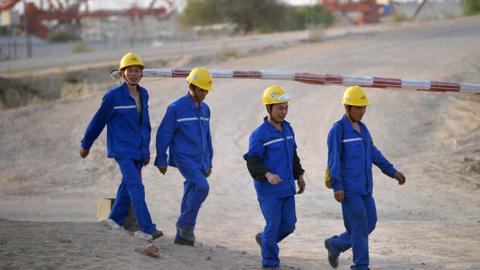 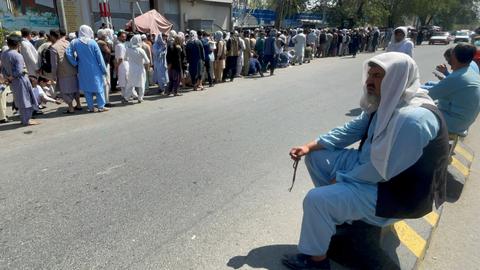 World powers to press Taliban for inclusive government in Afghanistan