Trillions of dollars in international investments by large corporations is nothing more than accounting gimmickry.

A few years back two young economists, Thomas Torslov and Ludvig Wier, found that there were more than 260,000 LinkedIn profiles belonging to professionals who specialise in transfer pricing — a technique multinational companies use to hide their taxable income.

On the other hand, the number of tax auditors working for different governments did not exceed 3,000. That meant that for every government official trying to plug a tax loophole, more than 80 people in the private sector were working to undermine the official’s effort.

The issue of big corporations secretly shifting profits via a network of shell companies to low-tax jurisdictions is not new. But a recent joint study from the International Monetary Fund (IMF) and the University of Copenhagen shows that its magnitude could be bigger than previously thought.

More than one-third of the world’s foreign direct investment (FDI) might be just “phantom” in nature — changing hands without generating any real economic activity, say Jannick Damgaard, Thomas Elkjaer and Niels Johannesen, the authors of the study.

The total stock of FDI is around $40 trillion and nearly $15 trillion of that is hosted in only 10 small economies, including Luxembourg, the Netherlands, Bermuda, Singapore and Ireland, which are famed for their low or negligible corporate tax rates.

“While phantom FDI is largely hosted by a few tax havens, virtually all economies — advanced, emerging market, and low-income and developing — are exposed to the phenomenon.”

The study notes that the global average tax rate was cut from 40 percent in 1990 to about 25 percent in 2017, indicating a race to the bottom.

The finding raises questions about the FDI data and the long-established link between foreign investment and economic prosperity.

How do companies hide their income?

In recent years, multinational companies, especially the big American tech giants, have come under pressure over their use of tax havens.

Often a large corporation has many subsidiaries, which buy and sell things among themselves: a Canadian mining company can easily move profit from its mine in Tanzania by overstating the cost of services provided by its own subsidiary based in the UK. In the end it’s the Tanzanian government which stands to lose because it wasn’t able to tax the mining company’s profit.

Transfer pricing isn’t illegal as long as the sale of goods and services reflect market prices. But it’s almost impossible for governments to check and verify the huge number of such transactions.

Then there’s the question of finding the market price of intangibles — the intellectual property such as search engine technologies and the many algorithms used by tech firms. In many cases, there's simply no benchmark available.

“Firms can sell themselves bananas and shovels at exorbitant prices — we’ve seen this — but the risk is high for companies that engage in such obvious fraud, as they can find themselves caught by the tax authorities,” writes Gabriel Zucman in his book “The Hidden Wealth of Nations.”

“There is nothing less risky, by contrast, than manipulating the prices of patents, logos, labels or algorithms, because the value of these assets is intrinsically difficult to establish.”

Apple, Google and Skype have moved codes and algorithms, which are difficult to be priced, to offshore centres. They charge their subsidiaries for using this intellectual property and move profits to tax havens in the process.

Experts say the laws and rules that govern tax payments are outdated and not sophisticated enough to hold the companies accountable.

“Tax evaders have some of the finest advisers on their side,” Niels Johannesen told TRT World in a 2017 interview. “Their advice, along with the layers of secrecy, makes it real hard for outsiders to see what is happening.”

But now, efforts to tax companies that rely on tax havens have intensified.

Earlier this year France became the first European country to tax the local revenues of tech giants like Amazon and Google. This type of fixed tax on sales reduces the incentive for companies to move their profits to low-tax places like Luxembourg. 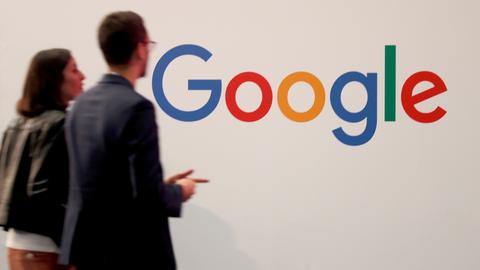