EU looks for evidence to rein in US tech giants

The outcome could force Facebook, Google, Amazon and Apple to separate their competing businesses, provide rivals access to their data and open up their standards to them.

US tech giants such as Facebook and Amazon could face tougher rules as European Union regulators seek evidence to curb their role as gatekeepers to the internet and access to people, information and services, according to an EU tender seen by Reuters.

The outcome could force Facebook, Google, Amazon and Apple to separate their competing businesses, provide rivals access to their data and open up their standards to them.

The European Commission, which in February said it was considering legislation against large online platforms acting as gatekeepers, has put out a 600,000-euro ($649,800) tender for a study to gather evidence of such gatekeeping power.

The study should look into self-preferencing practices and the possibility of forcing dominant companies to separate their businesses, the tender said, citing Amazon which is both a retailer and a market place operator, and app developer and App Store operator Apple.

"A general, automatic rule could prohibit or restrict any differentiated treatment by those platforms when they are vertically integrated, to separate clearly their roles as organisers of the marketplace and as a competitor on these marketplaces," the tender document read.

Tech giants with vast troves of data and unwilling to share them with smaller rivals may be required by regulatory measures to offer access on reasonable, standardised and non-discriminatory terms, the document said.

The study should also focus on tech companies' use of data from one market to expand into other markets, making it difficult for current or new rivals to compete, the paper said, citing the example of Facebook and its Whatsapp unit.

Another area of interest is information asymmetries characterised by social media platforms and search engines amassing vast amounts of data via free services, resulting in users reluctant to switch to a competing company.

"The powers the Commission is looking into under the proposal would give it wide discretion to protect not just competition, but favoured competitors," he said.

"Unilaterally departing from the existing global competition law framework in this way would create an uneven playing field, and risks depriving Europeans' access to beneficial services and functionalities."

The Commission's directorate-general for communications and technology expects an interim report in three months and a final report in five months. 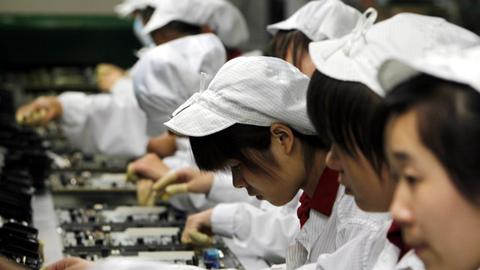