The slump in growth in leading economies raises concerns with central banks running out of options after driving interest rates to a historic low.

During the Great Depression in the 1930s, thousands of people were swindled by Ivar Kreuger, the matchstick baron, who ran an elaborate pyramid scheme.

His scam was based on offering high returns that he managed by taking money from new investors to pay off the previous ones.

It was no surprise that he was exposed during a period of downturn when investors had lost their savings.

The pattern would repeat itself decades later during the dot-com bubble of the 1990s when the Worldcom scandal emerged, and the 2008 recession which introduced the world to the ponzi scheme of Bernie Madoff.

It's bad news when multibillion-dollar swindlers get exposed during recessions.

Reportedly an accounting fraud is hidden within the financial statements of General Electric, which according to a Financial Times story, could be “bigger than Enron and Worldcom combined”.

This comes on top of a slowdown that the world's leading economies are currently experiencing. Germany’s economic output shrank in April-June compared to the previous quarter and China has recorded its slowest industrial growth in 17 years.

Another sign of trouble came this week when the return on longer-duration US bonds fell below the short term securities. Investors locking their funds up for a longer period expect a better yield.

It basically indicates uncertainty about where the interest rates and inflation are headed. Such an inversion of the yield curve had preceded past recessions in the US.

And it’s not just happening in the US market. The same inversion in playing out in the UK and Germany.

But the American economy is doing fine on the back of tax cuts that US President Donald Trump’s administration introduced last year. Americans are buying and selling stuff, spending more, and there are more jobs.

Unlike what happened a decade ago when the meltdown in the US housing market triggered a default avalanche in financial markets, what’s slowing industrial output in various countries including Brazil and the UK have different reasons.

The International Monetary Fund (IMF) says the global economy is going to grow this year, albeit at a much slower pace. It has downgraded growth projections to 3.2 percent this year from 3.6 percent in 2018.

The ongoing trade war between China and the US has added to the worries of a slowdown.

Trump has threatened to extend tariffs to almost all Chinese goods that the US imports.

The new tariffs which come into force in December cover $300 billion worth of Chinese goods, on top of what has already been imposed on $250 billion of imports.

Renewed tensions don’t bode well for global trade growth, which in the first three months of this year rose at its slowest pace since 2012.

In recent weeks, central banks in the US, European Union, Korea, Russia and Turkey have all cut lending rates to boost spending and investment in the hope of supporting growth.

But interest rates in the leading economies are already too low and there are concerns over whether central banks have enough ammunition to counter a downturn. 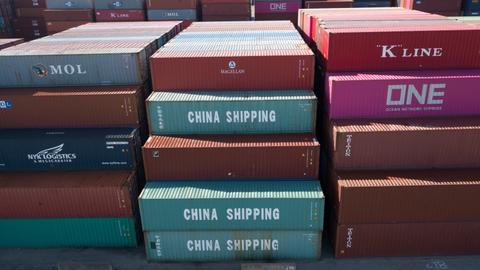 Around 34 percent of surveyed economists expect US recession in 2021