Unions are pressing for a three-year guarantee of job security and an 8 percent across-the-board wage hike, while pilots accepted a 5.9% and will not participate in the strike.

More than 3,000 workers, including cabin crew, check-in, ticket sales, technical and ground staff, are expected to take part in the open-ended strike, the unions said on Wednesday.

"We are embarking on the mother of all strikes," Zazi Nsibanyoni-Mugambi, president of the South African Cabin Crew Association (SACCA) told a news conference in Johannesburg.

"We are grounding the airline on Friday," said Irvin Jim, general secretary of the National Union of Metalworkers of South Africa (NUMSA).

The unions are pressing for a three-year guarantee of job security and an eight percent across-the-board wage hike.

Pilots — who are not taking part in the strike - have accepted a 5.9 percent increase, they said.

On Monday, the state-owned airline on Monday announced a restructuring process that could affect 944 employees and "lead to job losses".

The airline, which employs 5,146 workers, is one of the biggest in Africa, with a fleet of more than 50 aircraft providing dozens of domestic, regional and European flights each day.

But the company is deep in debt, despite several government bailouts, and has not recorded a profit since 2011.

The unions blamed the SAA board and executive management for the airline's crisis.

"They have deliberately destroyed what used to be one of the world's best airlines, because of maladministration, rampant looting and corruption," they said in a statement.

SAA Chief Executive Officer Zuks Ramasia warned that the strike would "exacerbate rather than ameliorate our problem" and urged the unions to make affordable demands.

"The unions and all employees should be mindful of the current financial constraints the company is facing," she said in a statement.

She said the unions were aware that the airline's financial woes were "caused by a number of factors, including a severely distressed global airline industry."

This, she argued, had resulted in "numerous airlines retrenching staff, embarking on cost-reduction programmes, implementing wage freezes, reducing operations, or even closing down."

Finance Minister Tito Mboweni announced in February that the government would reimburse the company's $620-million debt over the next three years.

South Africa is struggling to get its state-owned companies back on track after nine years of corruption and mismanagement under former president Jacob Zuma.

Analyst Daniel Silke warned in a tweet that the planned strike "(...) may kill an airline already on its knees affecting the jobs of thousands more." 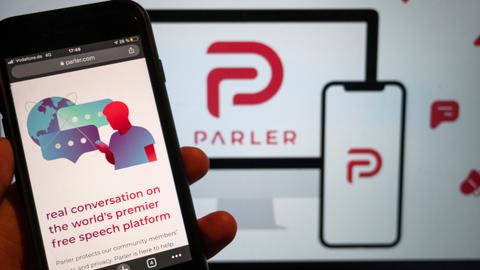