British media and politicians are accusing Downing Street of sitting on a 50-page document highlighting Russia's interference in British politics until after Britain's December 12 election is over.

British Prime Minister Boris Johnson is being accused of covering up a report on Russian meddling in UK politics.

An inquiry by the Commons Intelligence and Security Committee (ISC) looked into Russian interference in the Brexit campaign as well as donations made to the Conservative Party by the Russians, Guardian reported. The investigation is believed to allege that the 2016 EU referendum was tinged with such meddling.

The report allegedly includes evidence from the former head of MI6’s Russia desk, Christopher Steele, who has experience looking into Russia's influence operations.

The cross-party committee has been looking into the issue of Russian interference in British politics for over a year and in addition to Steele’s evidence includes proof from UK’s spy agencies and experts on the area, The Guardian reported.

However, Downing Street said it would not allow the report to be released pending investigation of matters of national security, pushing it to a publication date later than the December 12 election.

Earl Howe, a Conservative MP said, “the impact of releasing sensitive information needs to be carefully considered by the prime minister, with advice from civil servants, and this process cannot be rushed.”

But Dominic Grieve, the ISC Chair, said, “I cannot think of a reason why he should wish to prevent this report being published. It’s very demoralising for us when we find we put in months of work and, at the end of it, we’re not getting an adequate response.”

The withholding of the report is significant considering its nature and with a new election on the horizon as the Brexit saga continues to drag on.

“Surely the whole point of this report is that it is relevant to a general election coming up. The government should make a particular effort to make sure that it is in the public domain,” Lord Butler told the House of Lords.

The UK has quite a fraught relationship with the Eastern European country — one that has been steeped in controversy.

Britain-Russia scandals have ranged in anything from the fatal poisoning of former Russian spies to accepting large donations from Russian figures.

The Conservative Party has a cozy relationship with Russia; the Tories have been taking in sizable donations from key Russian figures.

For one, a former Russian minister’s wife once paid as much as $206,381 (£160,000) to play tennis with former prime minister David Cameron and Johnson. This is despite calls for the match to be cancelled.

The Conservative Party staunchly defended the cash influx, saying “all donations are transparent, permissible and done under the rules set out by the Electoral Commission.”

USSR born businessman Alexander Temerko has gifted more than $1,289,885 (£1 million) to the Conservatives since he gained British citizenship in 2011, electoral finance records show — a significant amount by UK standards, a Reuters investigation revealed.

He counts Johnson, the frontrunner to be Britain’s next PM, among his friends.

Johnson is not among the politicians recorded as having received donations from Temerko so far.

But the industrialist has financed some of Johnson’s important allies in parliament, including one of the men running his campaign for the Tory leadership, James Wharton, who also serves as a paid adviser to the UK energy firm where Temerko is a director. 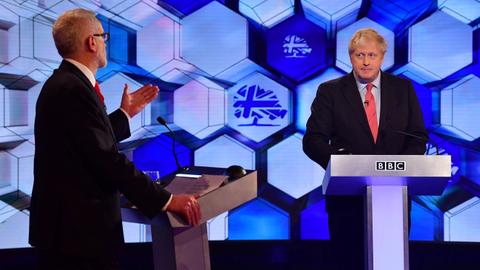 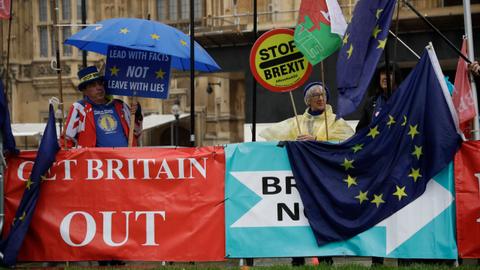