Bulgaria joins Switzerland, France and a host of other countries which prohibit some form of the burqa or niqab. Ruling party GERB says the ban aims at improving surveillance and national security.

Bulgaria's parliament on Friday banned the wearing of face veils in public in a move supporters said would boost security after a spike in militant attacks in Europe.

According to the law, hiding the face will only be permitted for health or professional reasons. It will not be allowed in government offices, schools, cultural organisations and places of public recreation. Bulgaria warned those who disobey the law will be fined up to 1,500 levs ($860) and lose their social benefits.

The move, however, drew criticism from Amnesty International (AI).

"Women in Bulgaria should be free to dress as they please and to wear the burqa or the niqab as an expression of their identity or beliefs," Amnesty International's Europe Director John Dalhuisen said.

"Legitimate security concerns can be met with targeted restrictions on the complete covering of the face in well-defined high risk locations and not through a blanket discriminatory ban such as this."

The human rights group said the ban violated Bulgarian women's rights to freedom of expression and religion, calling it part of a disturbing trend of intolerance, xenophobia and racism in the Black Sea state.

The ethnic Turkish movement for Rights and Freedoms said the ban would provoke ethnic and religious bigotry and refused to take part in the vote.

On the contrary, the ruling centre-right party GERB said the ban has no relation to religious outfits (communities) but only aimed at improving national security and allowing better video surveillance.

GERB senior lawmaker Krasimir Velchev said, "The law is not directed against religious communities and is not repressive. We made a very good law for the safety of our children."

About 12 per cent of Bulgaria's 7.2 million population are Muslim and most come from a centuries-old community, largely ethnic Turks.

Many Bulgarians feel threatened that the migrant inflows into Europe may modify their predominantly Orthodox Christian culture and help radicalise part of the country's long-established Muslim minority. 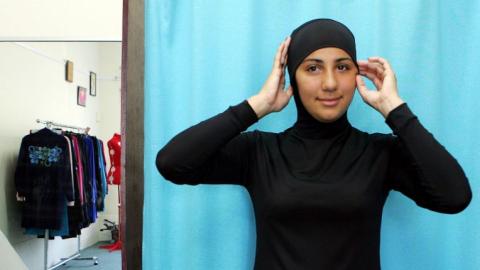 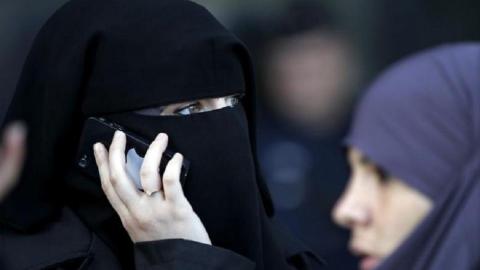