Catalonia: How far will violence go?

Spanish authorities have been battling separatist activists since 2017 with many independence leaders jailed over controversial charges related to their role in the secession bid.

As protests continue and injuries mount in Spain’s restive northeastern region, Catalonia, some are questioning how far the violence could go.

The Spanish far-right warned on October 27 that there could be deaths in Catalonia following two weeks of massive and sometimes violent protests after Spain’s high court sentenced 9 Catalan politicians up to 13 years in prison for their role the region’s secession bid.

Santiago Abascal, leader of the far-right Vox party, said in an interview with Spanish television that “there haven’t been deaths, but they could come”.

Abascal has courted controversy since his party rose to prominence in December 2018, when they won 12 seats in Andalusia’s regional parliament, a southern Spanish region.

Andalusia was controlled by Spains’ main centre-left Socialist party (PSOE) for decades, but Vox was able to enter a coalition with two other right-wing parties to unseat them.

The party has been accused of being Islamophobic, sexist and speaking favourably of Francisco Franco, a fascist dictator who ruled Spain from 1939 until his death in 1975.

Abascal said that police in Catalonia say "that the protesters are going to kill, that they throw acid and attack them with chainsaws", after lamenting that police were not authorised to use rubber bullets against protesters during the initial days of demonstrations.

For Catalans, the accusations are absurd. Though clashes between police and protesters resulted in fires and clashes in recent days, they view the violence as self-defense in the face of police actions.

“This isn’t what we want, although the Spanish media might say it’s this way,” a member of the Committees for the Defense of the Republic (CDR) who asked their name to be withheld, said in an interview. “Since the beginning, we’ve been a nonviolent movement.”

Catalonia held a referendum in October 2017 on separating from Spain.  The national government, then controlled by the centre-right People’s Party, viewed the vote as illegal.

The CDRs began as community groups that attempted to protect polling stations for the referendum. They’ve since grown into an organising force within the pro-independence movement.

National police were sent to stop the vote, resulting in violence against polling stations that rights groups called “excessive”.

An overwhelming majority of voters cast ballots in favour of independence, though less than 50 percent of Catalonia voted.

That same month, the Catalan parliament voted to secede from Spain following calls for dialogue with Madrid.

The Spanish national government responding by suspending Catalonia’s autonomy. Former regional president Carles Puigdemont fled to Brussels, while much of the government and parliament were arrested.

No serious negotiations are known to have taken place. Puigdemont turned himself over to Belgian police after the verdicts were handed down, with a hearing on his extradition set to take place on December 16.

Many pro-independence Catalans viewed these events as a sign that Spain was not interested in discussing independence and would not allow a political solution to the Catalan question.

While some Catalans view Madrid’s stance as overbearing, the central government must consider national political trends.

Spain has been without a majority government for nearly four years. Acting Prime Minister Pedro Sanchez of PSOE took office after a no confidence vote ousted PP in 2018, which ruled with a minority government after elections in 2015.

While polls in April saw Sanchez win a plurality of seats, PSOE was unable to negotiate a coalition to rule. Another national election will take place in November, Spain’s fourth in four years.

Issues including the economy and social services, which received massive cuts under the PP government, are major concerns.

But the Catalan question is the foremost issue. Sanchez, whose PSOE has seen increasing support since 2016, cannot seem soft on Catalonia.

Parties to the right, including PP, Vox and Citizens, all increased their anti-Catalan rhetoric in a bid to court Spanish voters, the majority of which support a unified Spain, according to polls.

PP and Vox are seen to increase their seats, thanks in part to the Catalan crisis. PSOE support is projected drop slightly. However, no bloc is projected to win an outright majority, continuing Spain’s political deadlock.

Spain's political crisis seemingly has no end in sigh 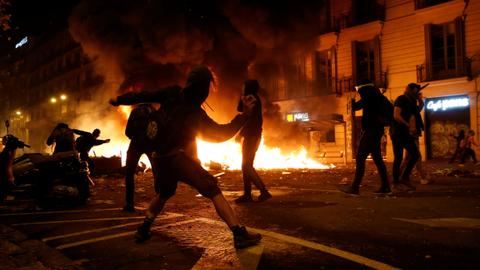 Violent clashes erupt in Barcelona as half a million separatists rally 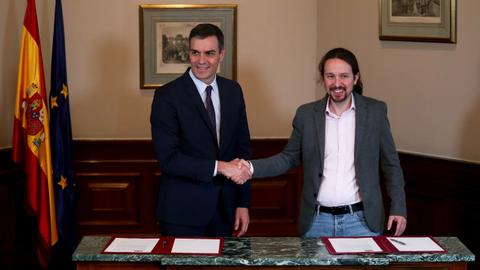 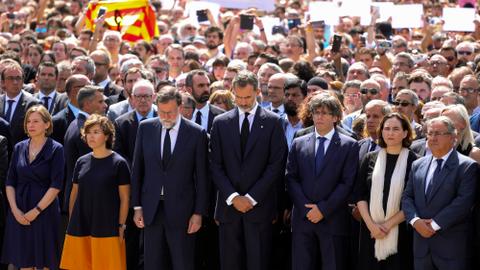 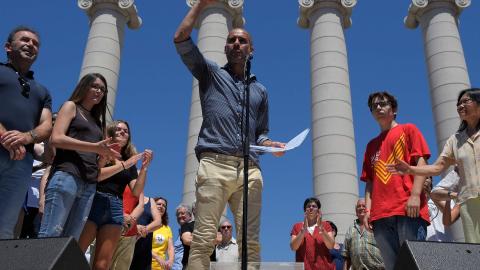