The Bonn Labour Court said the termination of Maram Salim's employment was unlawful and her Facebook posts were not anti-Semitic after German international broadcaster fired her for alleged hostility against Jews.

A labour court in Germany's Bonn has ruled against Deutsche Welle (DW) on the dismissal of Palestinian journalist Maram Salim.

The Bonn Labour Court on July 6 ruled that her termination of employment at Deutsche Welle was invalid, unlawful, and that her Facebook posts were not anti-Semitic.

On Facebook, Salim said she has been an advocate of women's rights, human rights, and that Deutsche Welle's accusations trembled her.

She called on German broadcaster to publicly apologise and retract its accusations.

In early February, Deutsche Welle announced that it fired five journalists from its Arabic service after a two-month investigation into allegations of anti-Semitism.

The organisation has long been criticised for biased coverage of the Israeli-Palestinian conflict.

But management at Deutsche Welle has argued that Germany bears special responsibility for the country, due to Nazi crimes committed against Jews during World War II.

Last year, DW’s editorial board sent a new reporting guide to staff further restricting critical reporting of Israel and, according to a new statement, it is now planning to sharpen its code of conduct with more focus on anti-Semitism, Israel's right to exist, and Germany’s historical responsibility.

READ MORE: Is Deutsche Welle plagued by racism and bullying? 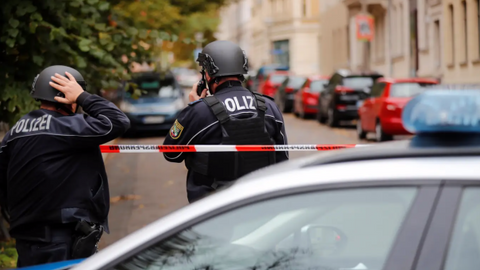