An EgyptAir plane from Paris to Cairo disappears from radar over the Mediterranean Sea.

Egyptian aviation officials have said that the Paris-Cairo bound EgyptAir flight MS804 that was reported missing earlier Thursday with 66 passengers and crew on board has crashed into the Mediterranean sea.

The officials also said that a search is being carried out in order to find the debris of the crash.

They said the "possibility that the plane crashed has been confirmed," as the plane hasn't landed in any of the nearby airports.

Aboard the flight were 30 Egyptians, 15 French nationals, one Briton and one Belgian.

Earlier today, EgyptAir said the plane sent an emergency signal - possibly from an emergency beacon attached to the plane - at 04:26 am, two hours after it disappeared from radar screens.

"An official source at EgyptAir stated that Flight MS804, which departed Paris at 23:09 [CEST, 2109 GMT] heading to Cairo has disappeared from radar," the airline said on its official Twitter account.

An informed source at EGYPTAIR reported that EGYPTAIR Flight No MS 804 has lost communication with radar tracking system at 02:45 (CLT)

According to flightradar24.com, the plane's last known position was above the Mediterranean Sea.

Egypt's civil aviation ministry said search and rescue teams were looking for the missing jet. A ministry source also said technical information about the condition of the plane was being gathered.

With its ancient archaeological sites and Red Sea resorts, Egypt is a popular destination for Western tourists. But the industry was badly hit following the downing of a Russian jet last year, the ongoing insurgency and a string of bomb attacks in the country.

EGYPTAIR has contacted the concerned authorities and bodies and inspection is underway through the rescue teams.

An Airbus A321 operated by Russia's Metrojet crashed in the Sinai on Oct. 31, 2015, killing all 224 people on board. Russia and Western governments have said the plane was likely brought down by a bomb, and the DAESH terrorist group said it had smuggled an explosive device on board.

Reuters reported in January that an EgyptAir mechanic, whose cousin joined DAESH in Syria, is suspected of planting the bomb, according to sources familiar with the matter.

In March, an EgyptAir plane flying from Alexandria to Cairo was hijacked and forced to land in Cyprus by a man with what authorities said was wearing a fake suicide belt. He was arrested after giving himself up.

EgyptAir has a fleet of 57 Airbus and Boeing jets, including 15 of the Airbus A320 family of aircraft, according to airfleets.com.

The last fatal incident involving an EgyptAir aircraft was in May 2002, when a Boeing 737 crashed into a hill while on approach to Tunis-Carthage International Airport, killing 14 people.

In October 1999, the first officer of a Boeing 767 deliberately crashed the plane into the Atlantic Ocean about 60 miles south of Nantucket Island, Massachusetts, killing all 217 people on board. 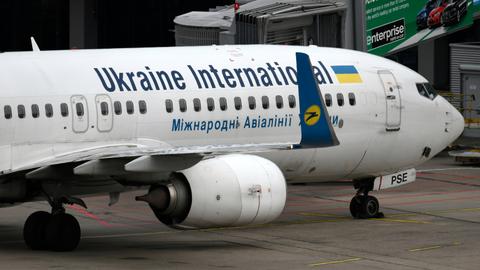 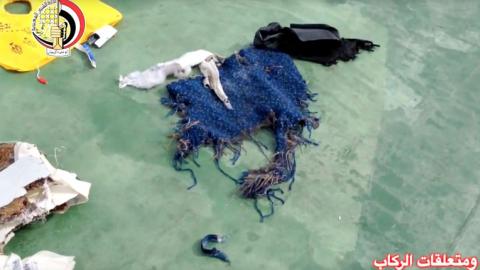