Protestors attacked shop windows and cash dispensers in the east of Paris on Thursday, said a Paris police spokeswoman.

"There are 300 people currently causing very important damage," the spokeswoman said, adding that a police operation was under way but no arrests had been made yet.

Some students and union groups protested the French government over labour reforms, which were significantly watered down under pressure from an earlier wave of protests.

Unauthorised marches by unions and left-wing student organizations have been taking place in more than 200 cities across the country against the efforts to change 35-hour workweek over the past two weeks.

Many angry university and high school students think that the government must withdraw the draft law because it prevents employers from employing new workforce.

Students have been at the forefront of protests over the reforms aimed at freeing up the job market and reining in France's 10 percent unemployment rate.

Among youths, unemployment is close to 25 percent -- one of the highest in Europe.

Many young people, including graduates, find themselves working on short-term contracts for several years after their studies, or doing internship after internship while hoping to secure a job.

The reforms are too pro-business and threaten hallowed workers' rights, the youths, along with unions and Hollande's Socialist Party said.

Several unauthorised marches have been taking place in Paris over the past two weeks on the sidelines of the occupation by left-wing and anarchist young people of the city's 'Place de la Republique', a vast square in the east of the French capital.

Dozens were arrested after clashing with police at the margins of a rally protesting controversial labour reform plans.

The "Nuit Debout" (which roughly translates as "Up all Night") movement began on March. 31 when a group of activists decided not to go home after a march against a proposed labour reform.

The movement has drawn thousands of young mainly left-wing voters keen to vent their frustration with the Socialist government of Hollande. 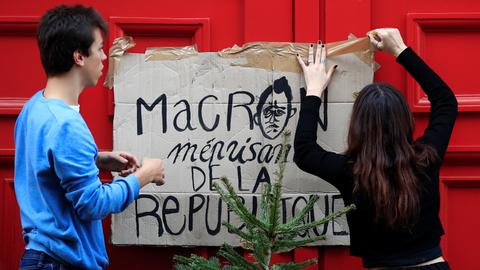 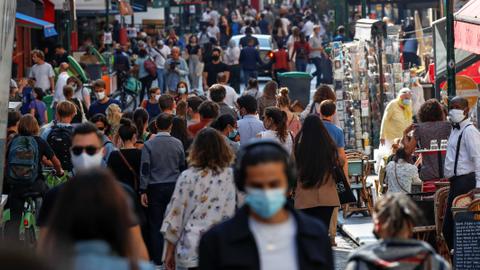