The account of an Afghan employee of the EU border agency, who resides in Italy, has prompted an investigation by the Greek Ombudsman.

The Greek Ombudsman announced on Wednesday it has launched an investigation into the case of a Frontex interpreter from Afghanistan who claims to have been illegally and violently pushed back across the border into Turkey by Greece.

The Ombudsman, an independent authority for the protection of fundamental rights, said it has received the complaint directly from the EU border agency, Frontex. The interpreter, and Afghan man who lives in Italy, was reportedly on a mission in the border region of Evros in September, when he was mistaken for an asylum seeker and pushed back to Turkey.

He eventually made his way to Istanbul, where he alerted the Italian consulate, according to Greek daily Avgi.

The Ombudsman says it is looking into a complaint that the man “suffered abuse by the Greek authorities before being illegally pushed back to Turkey” alongside others on September 3-4. The watchdog added this was the second individual complaint it received from Frontex in 2021.

According to the New York Times, several European officials including home affairs commissioner Ylva Johansson have confirmed the incident. “After direct, in-depth discussion with the person on November 25, I was extremely concerned by his account,” Johansson told the paper.

The man has turned over evidence of the abuse he has suffered, EU officials said. He said he was pulled off a bus on the way to Greece’s northern city of Thessaloniki alongside 100 others and taken to a warehouse, where some of them were beaten and stripped naked, while their mobile phones and documents were confiscated. They were then put on a dinghy and sent back across the Evros river to Turkey.

His account is similar to many others documented by journalists and human rights groups, and routinely dismissed by the Greek government as propaganda. It is likely to be taken seriously because it involves a European Union resident.

The Greek government disputed the account, suggesting in a statement that "the facts are not as they are presented."

Human Rights Watch and other rights groups have repeatedly accused Greece of illegally pushing migrants and refugees trying to enter Greece at its land and sea border with Turkey, and even of rounding up and expelling people found far from the border, often violently and indiscriminately.

Frontex itself has been accused of involvement in those pushbacks. The agency, whose budget has swelled in the last few years, is currently subject to more than ten investigations by the European Parliament, the European Ombudsman and the EU’s anti-fraud watchdog (OLAF). In July, a European Parliament report found the agency overlooked evidence of illegal pushbacks at the EU’s external borders and “failed to address and follow-up on these violations promptly, vigilantly and effectively.” 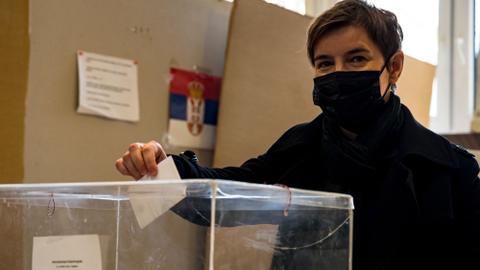