Raids were part of a running investigation into a Russian suspect from Chechnya who is suspected of preparing an act of violence in Germany.

German police raided an accommodation facility for refugees and 12 apartments across five federal states on Tuesday in a probe against 14 Chechen asylum seekers suspected of financing terrorism.

The raids were part of a running investigation into a 28-year-old Russian suspect from Chechnya who is suspected of preparing an act of violence in Germany. The suspect was believed to have been planning to leave Germany to join Daesh.

"The accused are a total of 14 people, eleven men and three women aged between 21 and 31. All the accused are Russian citizens of Chechen origin," said Tina Buechner, a spokesperson for the criminal investigations office.

No arrests were made in the raids.

According to German authorities, there is "no concrete danger of an attack" in the country, which has already seen two attacks claimed by the Daesh terrorist group.

Last July, a man went on an axe rampage on a train in Wuerzburg, injuring five people. Another 15 people were wounded in a suicide bombing in Ansbach.

The incidents fuelled anxiety over the country's influx of nearly 900,000 refugees in 2015 after it was revealed that both attacks were carried out by militants posing as refugees.

German authorities have since stepped up their operations against terror suspects. Earlier this month, they arrested a Syrian refugee on suspicion of planning an attack in Berlin.

However, days after the arrest, the suspect committed suicide in prison. German police and prison officers came under fire over failing to prevent the man's suicide while in custody. 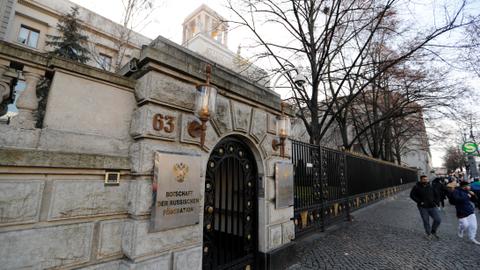