1
Russia 'defaults' on foreign debt for first time in over a century
2
Erdogan to meet with heads of Sweden, Finland, NATO in Spain summit
3
Live blog: UN says Ukraine conflict could boost illegal drug production
4
Macron assigns French PM to set talks for 'government of action'
5
Protesters urge G7 to do more on climate as leaders arrive in Germany

German Interior Minister Thomas de Maiziere said on Tuesday that the European Union should consider coming to refugee agreements with North African states along the lines of a deal it has already reached with Turkey.

"We will have to hold discussions with North African states on models similar to the one we have set up with Turkey," Thomas de Maiziere said at a news conference in Vienna.

"That kind of deal is appropriate - we should apply it to the central Mediterranean route from North Africa via Italy as well," he added.

Under the EU-Turkey agreement Ankara should take back all undocumented refugees and asylum seekers who attempt to cross the Aegean to enter Greece. In return, it will receive further monetary aid to support the refugees within the country, a visa-free travel agreement and progress in its EU membership negotiations.

Meanwhile, the EU will take in thousands of Syrian refugees directly from Turkey.

De Maiziere also warned Italy for not guiding refugees to the North, towards Germany and Austria just because the Brenner crossing, an important north-south corridor between Italy and northern European countries is open.

"Italy cannot depend on Brenner always staying open," de Maiziere told ORF television during a visit to Austria as he pointed potential restrictions on Brenner traffic in case of refugee flow from Italy continues "as in the past."

Austria has said that tighter controls, such as vehicle checks and crowd-control measures including barriers and a fence like those at its main crossing with Slovenia, will be introduced at Brenner if the number of arrivals requires it.

"We hope that it will not have to be necessary to decide on such matters," de Maiziere told ORF, an Austrian broadcaster.

An Austrian Interior Ministry spokesman said on Tuesday that the number of refugees crossing Austria on their way to Germany had fell to zero. De Maiziere said recently it had fell to about 140 a day in March, compared to thousands just a few months ago.

De Maiziere said that if the number of arrivals stayed low, Germany would scrap border controls that have held up traffic and angered many people who travel to Germany from Austria.

"According to the current estimate, if the numbers remain this low, we would not continue border controls beyond May 12," he said, adding that Germany still wanted to be prepared for a possible change in the trend. 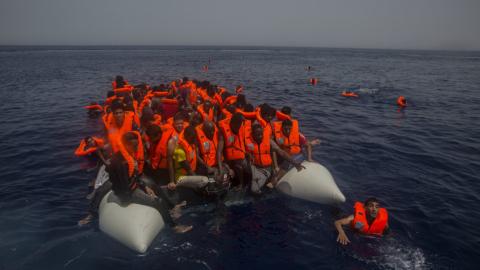 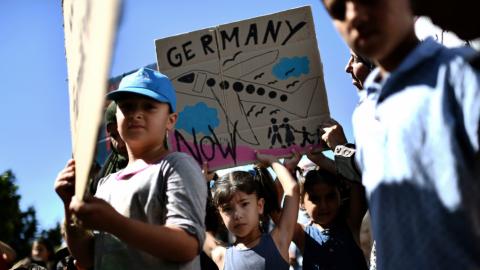 1
Russia 'defaults' on foreign debt for first time in over a century
2
Erdogan to meet with heads of Sweden, Finland, NATO in Spain summit
3
Live blog: UN says Ukraine conflict could boost illegal drug production
4
Macron assigns French PM to set talks for 'government of action'
5
Protesters urge G7 to do more on climate as leaders arrive in Germany