The European Union scrambles to coordinate a welcome for Ukrainians fleeing the Russian invasion, talking notably about offering them temporary protection status.

More than half a million people have fled Ukraine since Russia launched its invasion five days ago, with more than half fleeing into Poland, the United Nations has said.

"More than 500,000 refugees have now fled from Ukraine into neighbouring countries," UN refugee chief Filippo Grandi said in a tweet on Monday.

The refugees file into neighbouring countries by the hundreds of thousands — refugees from Ukraine clutching children in one arm, belongings in the other. And they are being heartily welcomed by the European Union.

A meeting of EU interior ministers raised the possibility of giving Ukrainians status under an as yet unused 2001 Temporary Protection Directive that would allow them to live and work in the EU for up to three years.

Under cooperation agreements, Ukrainians with passports bearing biometric data are allowed to enter the EU without a visa and stay for up to three months.

But EU Home Affairs Commissioner Ylva Johansson said the bloc needed to be ready to host them beyond that duration, and that it needed to prepare for potentially "millions" of arrivals from Ukraine.

Belgium was on the forefront of the member states calling for the protection directive to be applied.

For the tool to be used, though, a qualified majority of EU states - 15 of the 27 countries representing a total of at least 65 percent of the bloc's population - need to back it.

Johansson said she was preparing a proposal to activate it, which should be presented to interior ministers at another meeting scheduled for Thursday.

While the hospitality has been applauded, it has also highlighted stark differences in treatment given to migrants and refugees from the Middle East and Africa, particularly Syrians who came in 2015.

“These are not the refugees we are used to… these people are Europeans,” Bulgarian President Rumen Radev told journalists earlier this week, of the Ukrainians.

“These people are intelligent, they are educated people," said Bulgaria's Radev.

"This is not the refugee wave we have been used to, people we were not sure about their identity, people with unclear pasts, who could have been even terrorists…"

“In other words,” he added, "there is not a single European country now which is afraid of the current wave of refugees.”

Syrian journalist Okba Mohammad, who fled his hometown of Daraa in 2018, says that statement mixes racism and anti-Muslim sentiment, adding that “a refugee is a refugee, whether European, African or Asian.”

Jeff Crisp, a former head of policy, development and evaluation at UNHCR, agreed that race and religion influenced treatment of refugees. Like many, he was struck by the double standard.

“Countries that had been really negative on the refugee issue and have made it very difficult for the EU to develop coherent refugee policy over the last decade, suddenly come forward with a much more positive response,” Crisp noted. 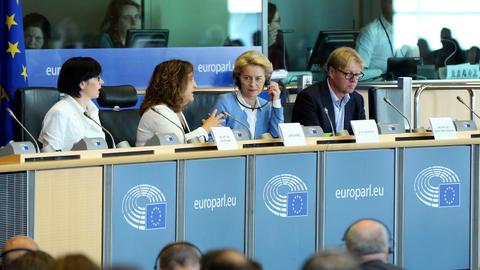