McGuinness transformed himself from a key IRA leader to a mainstream politician in Northern Ireland.

Martin McGuinness, a major figure of 20th century history, died on Tuesday, leaving behind a legacy that some will revere and others revile.

McGuinness, 66, was a former member of the Provisional Irish Republican Army (IRA) who built a political career in Northern Ireland and then parlayed it into a role as chief negotiator for the Good Friday accord. The peace agreement, which has held for the last 20 years, ended an intense sectarian conflict between Northern Ireland's Catholics and Protestants. But its longevity is facing a test amid Brexit and a rout of loyalists in the Northern Irish parliament earlier this month.

The Catholics wanted to merge Northern Ireland with the independent Republic to the south, while Protestants wanted Northern Ireland to remain part of the United Kingdom. Thousands died between 1972 and 1998 before the sides found a fragile peace.

A member of the Sinn Fein ("We Ourselves") party, McGuinness transformed from a dedicated Republican paramilitary in the 1970s, fighting the British army with the aim of expelling them and uniting the Republic of Ireland, an independent country, with Northern Ireland, part of the United Kingdom. It's still part of the United Kingdom, but the Good Friday agreement secured a peace between Protestant Loyalist paramilitaries and Catholic Republican rivals by devolving parliamentary power to Belfast itself and releasing hundreds of people convicted of terrorism charges.

McGuinness, in his death, joins figures like former Israeli Prime Minister Shimon Peres and Palestinian Authority President Yasser Arafat in the ranks of 20th century revolutionary leaders who never saw their loftiest aspirations realised before their deaths. But in achieving a measure of victory, they made some compromises with their younger selves. McGuinness, for instance, once shook the hand of Queen Elizabeth.

In walking this political tightrope, McGuinness and others like him managed to please some people and outrage others. That continued in the hours after his death.

"People are piling the praise on him but it isn't valid," Julie Hambleton, a relative of a woman killed in an IRA bombing in Manchester in 1974, told RTE. "He didn't come forward with the truth."

The island of Ireland, in the North and the Republic, is a place where memories and grudges last for a long time, but the Good Friday agreement, almost miraculously, managed to lay some of them to rest, both through civil rights reforms and distancing Belfast from London.

The peace process itself depends on both Ireland and the United Kingdom remaining in the same European-wide common market and free travel area. A hard border between the Republic and Northern Ireland could throw that relationship into disarray, and raises the spectre of the island returning to the same kind of dysfunction that spurred sectarian conflict during The Troubles.

Some Republicans see Brexit as an opportunity to push again for a united Ireland.

But there's also evidence that an independent Northern Irish identity is emerging, separate from either the crown or the political rivalries that McGuinness and others of his generation represented.

As Fintan O'Toole wrote in The Guardian after parliamentary elections earlier this month, the world that McGuinness grew up in is no longer the world he left.

"Political identity in Northern Ireland is now breaking down, not into the old 'two traditions' (a euphemism for the sectarian divide) but into three. The 2011 census found that 38 percent of people regard themselves as British, 25 percent as Irish and 20 percent as Northern Irish. And this more complex reality is reflected in the election results. Tribal politics are alive and well and expressed in the continuing clash between the two big beasts: the DUP and Sinn Fein. But neither a monolithic 'British' nor 'Irish' identity is adequate to Northern Ireland's more intricate existence,"  O'Toole wrote.

In the same way, men like Arafat and Peres died in countries barely recognisable to the ones in which they were born. What that means for the future, however, remains an unknown. 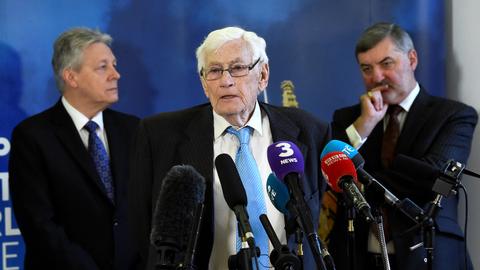 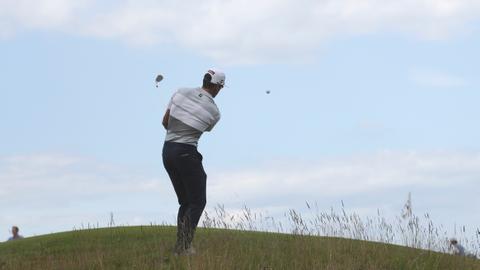