According to public broadcasters' projections, the anti-Islam, anti-immigration Alternative for Germany (AfD) party won around 14 percent of the votes in the capital which has long prided itself on being a hip, diverse and multicultural city.

The strong AfD result, thanks to support especially in the vast tower block districts in Berlin's former communist east, meant it has now won opposition seats in ten of Germany's 16 states, a year ahead of national elections.

Merkel's centre-right Christian Democratic Union (CDU) won only 17.5 percent of the votes, its worst post-war result in the city, before or after the 1989 fall of the Berlin Wall, likely spelling the end of its term as junior coalition partner to the Social Democrats (SPD), who won around 22 percent.

As the biggest EU economy, Germany took in one million asylum seekers last year, and over 70,000 of them came to Berlin, with thousands still housed in the cavernous hangars of the Nazi-built former Tempelhof airport, once the hub for the Cold War-era Berlin airlift.

A year before a national election, the result is set to raise pressure on Merkel and deepen rifts in her conservative camp, with more sniping expected from her CSU allies in Bavaria.

The backlash against her migrant policy has raised questions about whether Merkel will stand a fourth term.

Merkel meanwhile, after suffering a stinging loss to the AfD in another regional poll two weeks ago, will face further pressure "to explain her political strategy", Gero Neugebauer of Berlin's Free University told the Handelsblatt business daily.

Berlin's SPD Mayor Michael Mueller had dramatically warned before the polls that a strong AfD result would be "seen throughout the world as a sign of the resurgence of the right and of Nazis in Germany".

The CDU's top Berlin candidate, Frank Henkel, called the vote result "a black day for the people's parties" and said "it is very alarming when fringe parties like the AfD or Die Linke between them attract a quarter of the vote."

The AfD, founded in 2013 as an anti-euro party, played to voters' fears about the integration of the roughly one million migrants who entered Germany last year.

"From zero to double digits, that's unique for Berlin. The grand coalition has been voted out - not yet at the national level, but that will happen next year," said AfD candidate Georg Pazderski to cheering supporters after the results. 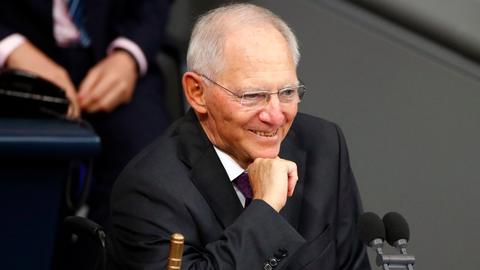