The sailboat Alex, carrying 41 migrants, declined a Maltese offer to go to Malta, as the Mediterranea NGO operating it said such a long journey would have been dangerous for the people aboard.

A charity rescue vessel on Saturday brought 41 shipwrecked migrants into port in Lampedusa, the second boat to defy far-right Interior Minister Matteo Salvini's bid to close Italian ports to them.

Mediterranea's Italian-flagged Alex was met by a strong police presence on the quayside but people were not allowed to disembark after spending two days with the rescued migrants and asylum-seekers on the sailboat.

"I do not authorise any landing for those who couldn't care less about Italian laws and help the people smugglers," populist deputy prime minister Salvini tweeted.

"I'm ashamed of what I'm hearing, but my great joy now is that these people are safe," Mediterranea spokeswoman Alessandra Sciurba said.

Mediterranea tweeted a request to disembark those rescued, saying it had sailed to "the only possible safe port for landing."

"Shipwrecks and crew are exhausted... people rescued need to be cared for... this is a surreal situation and it is an unnecessary cruelty to prolong the wait."

Italian populist Salvini last month issued a decree that would bring fines of up to 50,000 euros ($57,000) for the captain, owner, and operator of a vessel "entering Italian territorial waters without authorisation."

Authorities on Lampedusa last week seized another rescue ship belonging to German aid group Sea-Watch after it forced its way into port with dozens of rescued migrants on board and arrested its captain, Carola Rackete.

An Italian judge this week ordered her freed as she had been acting to save lives, a decision which sparked Salvini's ire but may have encouraged the Alex crew.

Two other investigations, on charges of helping people smugglers and resisting the authorities are still underway after Rackete forced her way past Italian customs vessels.

We are waiting in int. waters off the island of Lampedusa. The Guardia di Finanza came by in person to deliver Salvini’s decree:
The port is closed.

In Germany, however, more than 70 cities are willing to welcome the rescued persons.
We urgently need a safe port. #AlanKurdi pic.twitter.com/VlSBYSCW6x

Earlier, German Interior Minister Horst Seehofer tweeted that Germany was ready to take in some of those rescued "as part of a European-solidarity solution."

Sea-Eye said the 64 men and one woman were rescued from an overloaded blue dinghy lacking sufficient drinking water, and there was no satellite phone or navigation aid on board.

Salvini accuses NGO rescue vessels of helping smugglers and said the other vessel, Alex, should sail for the Maltese capital Valetta

Valletta has also told the Alex to go to Maltese waters to disembark the migrants, but Mediterranea says the journey would be too arduous.

Photographs showed dozens of migrants and asylum-seekers seeking shelter from the sun under survival blankets on the narrow deck of the 18-metre sailboat.

In Germany, more than 30,000 people demonstrated in cities around the country in solidarity with Rackete, including 8,000 in Berlin and 4,000 in Hamburg.

"The irresponsibility of European countries obliged me to do what I did," Rackete said in a message to demonstrators, many of whom brandished life vests.

German Interior Minister Horst Seehofer wrote a letter to Salvini asking him to rethink his policy, sources close to the German government said.

"We cannot be responsible for boats with people rescued from shipwrecks onboard spending weeks on the Mediterranean because they can't find a port," Seehofer wrote.

"In these conditions it is impossible to face 15 hours of sailing. We are waiting for Italian or Maltese naval arrangements to take these people on board," Mediterranea's Alessandra Sciurba said on Twitter.

Mediterranea consists mainly of left-wing activists, the avowed enemy of Salvini, who has seen his popularity and that of his Lega party rise thanks to his tough stance against migrant rescue ships.

Italian authorities on Lampedusa last week seized a vessel belonging to German aid group Sea-Watch and arrested its captain, Carola Rackete, for unauthorised entry to port with dozens of rescued migrants on board.

An Italian judge this week ordered her freed as she had been acting to save lives, a decision which also sparked Salvini's ire.

Two other investigations, on charges of helping people smugglers and resisting the authorities, are still under way after she forced her way past Italian customs vessels.

Salvini on Saturday repeated his call for reform of the European Union's Dublin rules, which stipulate that asylum requests be handled by the country where they first arrive.

"It doesn't seem that the majority of European countries want to do it," said Salvini, vowing to change rules he says place an unfair burden on Italy.

"We want to overcome rules that don't work," he told journalists in Milan.

Despite Salvini's apparent firmness about closing Italian ports to migrants, dozens of migrants and asylum-seekers continue to arrive in Italy by other means, some rescued by Italian authorities.

Interior ministry figures showed 191 had arrived by sea over the last week.

A makeshift vessel carrying 86 people across the Mediterranean from Libya sank off the Tunisian coast on Wednesday, with all but three of them missing or dead.

The Italian judge in last week's Sea-Watch case ruled that neither Libya nor Tunisia were safe countries for migrants.

Libya, which has been wracked by chaos since the 2011 uprising that killed veteran dictator Moamer Kadhafi, has long been a major transit route for migrants, especially from sub-Saharan Africa, desperate to reach Europe.

On Tuesday night, 53 migrants were killed in an air strike on their detention centre in a Tripoli suburb. 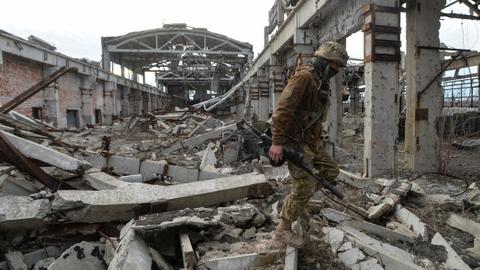