Switzerland benefitted from a spectacular espionage scheme orchestrated by the CIA and its German counterpart who used a Swiss encryption company to spy on governments worldwide, a parliamentary investigation has shown.

A large media investigation revealed back in February an elaborate, decades-long set-up, in which US and German intelligence services creamed off the top-secret communications of governments through their hidden control of the Crypto encryption company in Switzerland.

The revelation sent shock waves through Switzerland, and the parliament's Control Delegation was asked to investigate.

The Swiss intelligence service had subsequently benefitted from an "information collaboration", it said.

For decades the CIA secretly owned and controlled a Swiss company - Crypto AG - that sold rigged encryption equipment to other governments. Today Swiss authorities released a report on their government’s complicity in the operation. https://t.co/f5dRteCTSF

The Swiss government had meanwhile not been informed of the arrangement until late last year, it said, warning that this raised concerns about gaps in the control over the intelligence service.

"Thus, the government carries some of the responsibility, since the company Crypto AG for years exported "vulnerable" encryption machines," it said.

The government has until June 2021 to officially comment on the report.

Several of Switzerland's left-leaning parties meanwhile called for the creation of a full-fledged parliamentary commission to do a more in-depth investigation.

According to the revelations in February by the Washington Post, German broadcaster ZDF and Swiss broadcaster SRF, Crypto served for decades as a Trojan horse to spy on governments worldwide.

The company supplied devices for encoded communications to some 120 countries from after World War II to the beginning of this century, including Iran, South American governments, and India, and Pakistan.

The Swiss parliamentary oversight report on #CryptoAG just dropped. 64 pages (still need to read). It makes it clear, plain and simple, that CH knew and profited of the access to Crypto AG. Will update below with insights...https://t.co/IHHOuhGnCZ #cryptoleaks

Unknown to those governments, Crypto was secretly acquired in 1970 by the US Central Intelligence Agency together with the then West Germany's BND Federal Intelligence Service.

Together they rigged Crypto's equipment to be able to easily break the codes and read the government customers' messages.

Citing a classified internal CIA history of what was originally called operation "Thesaurus" and later "Rubicon," the reports said that in the 1980s the harvest from the Crypto machines supplied roughly 40 percent of all the foreign communications US code-breakers processed for intelligence.

The spy agencies were thus able to gather precious information during major crises, such as the hostage crisis at the US embassy in Tehran in 1979 and the 1982 Falklands War between Argentina and Britain. 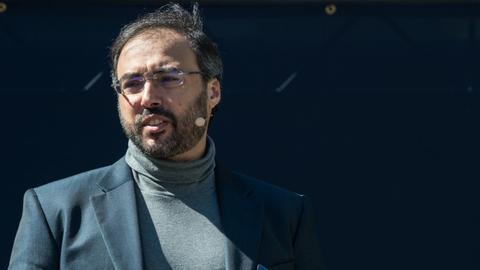 Arab activist says CIA notified Norway of threat against him