Prince Philip was admitted to hospital on February 16, 2021 and was treated for a month for a pre-existing heart condition and an infection. The queen’s consort died at home in Windsor Castle.

Britain's Prince Philip, a constant presence at Queen Elizabeth II's side for decades, has died at age 99, Buckingham Palace announced.

The death of the duke of Edinburgh on Friday is a profound loss for the 94-year-old monarch, who once described him as her "strength and stay all these years."

The outspoken former navy commander devoted much of his life as the queen's consort to charity work – but was notorious for numerous gaffes, many deemed downright offensive.

He was admitted to hospital on February 16, 2021, and went home after a month during which he was treated for a pre-existing heart condition and an infection.

Announcing his passing, BBC TV played the national anthem over a picture of Philip in his prime, dressed in military dress uniform.

Philip, who was by the queen's side for nearly eight decades, retired from public duties in 2017 at the age of 96.

The Royal Family join with people around the world in mourning his loss.

Further announcements will be made in due course.

Visit https://t.co/utgjraQQv5 to read the announcement in full.

Nearly a century of life

His life spanned nearly a century of European history, starting with his birth as a member of the Greek royal family and ending as Britain’s longest serving consort during a turbulent reign in which the thousand-year-old monarchy was forced to reinvent itself for the 21st century.

He was known for his occasionally racist and sexist remarks – and for gamely fulfilling more than 20,000 royal engagements to boost British interests at home and abroad.

He headed hundreds of charities, founded programmes that helped British schoolchildren participate in challenging outdoor adventures, and played a prominent part in raising his four children, including his eldest son, Prince Charles, the heir to the throne.

Philip, who was given the title Duke of Edinburgh on his wedding day, saw his sole role as providing support for his wife, who began her reign as Britain retreated from empire and steered the monarchy through decades of declining social deference and UK power into a modern world where people demand intimacy from their icons.

READ MORE: Anarchy on the telly: Meghan Markle vs. an unteachable UK establishment

In the 1970s, Michael Parker, an old navy friend and former private secretary of the prince, said of him, “He told me the first day he offered me my job, that his job – first, second and last – was never to let her down.”

The queen, a very private person not given to extravagant displays of affection, once called him “her rock” in public.

In private, Philip called his wife Lilibet; but he referred to her in conversation with others as “The Queen.”

Philip’s position was a challenging one – there is no official role for the husband of a sovereign queen – and his life was marked by extraordinary contradictions between his public and private duties.

He always walked three paces behind his wife in public, in a show of deference to the monarch, but he was the head of the family in private.

READ MORE: Buckingham Palace: Harry and Meghan will not return as working royals

Still, his son Charles, as heir to the throne, had a larger income, as well as access to the high-level government papers Philip was not permitted to see.

Philip often took a wry approach to his unusual place at the royal table.

He frequently struggled to find his place – a friction that would later be echoed in his grandson Prince Harry’s decision to give up royal duties.

“There was no precedent,” he said in a rare interview with the BBC to mark his 90th birthday. “If I asked somebody, ‘What do you expect me to do?’ they all looked blank.”

But having given up a promising naval career to become consort when Elizabeth became queen at age 25, Philip was not content to stay on the sidelines and enjoy a life of ease and wealth.

Royal historian Robert Lacey said at the time of the royal family’s difficult relations with Princess Diana after her marriage to Charles broke down, Philip spoke for the family with authority, showing that he did not automatically defer to the queen.

Philip’s relationship with Diana became complicated as her separation from Charles and their eventual divorce played out in a series of public battles that damaged the monarchy’s standing.

It was widely assumed that he was critical of Diana’s use of broadcast interviews, including one in which she accused Charles of infidelity.

But letters between Philip and Diana released after her death showed that the older man was at times supportive of his daughter-in-law.

After Diana’s death in a car crash in Paris in 1997, Philip had to endure allegations by former Harrods owner Mohamed al Fayed that he had plotted the princess’s death.

On the death of HRH The Prince Philip, Duke of Edinburgh. pic.twitter.com/rZlbY1matF

Philip’s final years were clouded by controversy and fissures in the royal family.

His third child, Prince Andrew, was embroiled in scandal over his friendship with Jeffrey Epstein, an American financier who died in a New York prison in 2019 while awaiting trial on sex trafficking charges.

US authorities accused Andrew of rebuffing their request to interview him as a witness, and Andrew faced accusations from a woman who said that she had several sexual encounters with the prince at Epstein’s behest.

He denied the claim but withdrew from public royal duties amid the scandal.

At the start of 2020, Philip’s grandson Harry and his wife, the American former actress Meghan Markle, announced they were quitting royal duties and moving to North America to escape intense media scrutiny that they found unbearable.

READ MORE: Meghan and Harry open up about royal split in Oprah interview 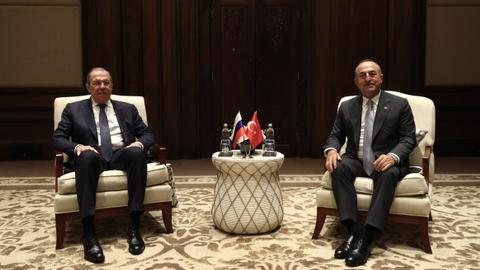 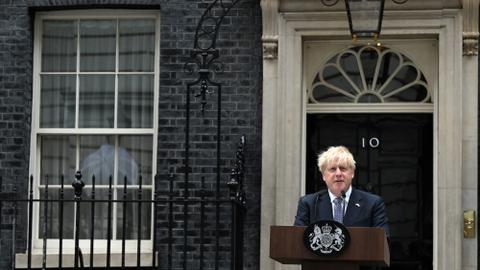 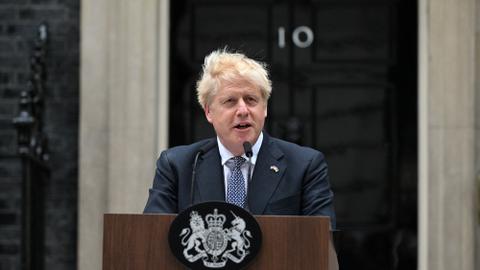 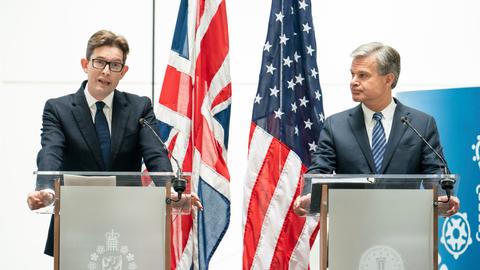