Azerbaijan says world leaders must recognise the 1992 massacre of more than 600 people by Armenian soldiers as a crime against humanity.

Azerbaijan on Monday commemorated the 26th anniversary of a massacre in Khojaly –  now in Armenian occupied Karabakh – where Armenian soldiers killed over 600 people.

On this day in 1992, Armenian military depopulated the town of Khojaly after hitting its Azeri residents with heavy artillery and tank fire, killing 613 townspeople in just two hours.

The massacre is regarded as one of the most controversial and brutal incidents of the war between Armenia and Azerbaijan.

"My wife was 40 years old then. She said 'I am Russian, they would not touch me, one of us should survive.' But I said that they are fascists, it would not make a difference for them," said Nasirov Ramiz Kamal, an elderly survivor.

His wife hanged herself because of the terrible torture, he learned.

"Twenty-six years have passed since the Khojaly genocide, but every night I still see her in my dreams."

TRT World's Oubai Shabander reports from the Azerbaijani settlement of Arjeckent close to the Armenian border.

In one night, Khojaly, one of the oldest settlements in Karabakh, was razed to the ground.

Some people managed to survive the massacre by escaping to surrounding hills and forests, eventually making their way through sub-freezing temperatures onto safety.

They said Armenian soldiers stacked the bodies of women and children in piles and mutilated their victims in the worst ways imaginable.

Their town was emptied, paving the way for Armenian occupation.

Azerbaijan's government has launched a Justice for Khojaly campaign, calling upon world leaders to recognise the massacre as a crime against humanity and to bring the perpetrators to justice. 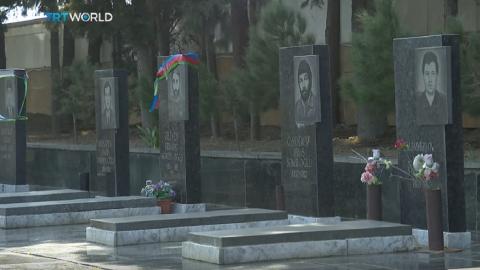