The far-right and green parties both saw surges in popularity in these elections, which could force the European Parliament to adapt to a new political reality.

The elections shed light on several competing trends, including populism, the advent of the far-right, the decline of centrist parties, Brexit and the emergence of the Green Party, which focuses on environmentalism.

While some voters voiced support for the European Union (EU), others were essentially voting along national lines and on local issues.

The EU elections also saw the emergence of pan-European politics, but not in the way the EU’s arch-defenders would have hoped.

In the run-up to the polls, Italy’s Deputy Prime Minister Matteo Salvini travelled across Europe in a bid to lock in the far-right nationalist alliances.

Le Pen, for her part, managed to trump French President Emmanuel Macron by taking first place, with an important, if not slender, victory of 23.3 percent versus Macron’s 22.4 percent. It was significant enough, some may say, to be able to suggest that voters are neither enthusiastic about Macron’s agenda nor his ideas on Europe.

It is no small irony that it is the far-right nationalist parties, rather than the pro-EU parties, that have created a nascent EU-wide political movement by campaigning across borders and seeking to support each other.

The turnout in these EU elections was also the highest it has been in 20 years, at just over 50 percent.

In 2014, the turnout was 42.6 percent. This increase partly reflects that these elections felt different to most in Europe, although it is too early to tell if it was, indeed, the nationalist parties that drove people to the ballot boxes.

In Greece, the EU elections resulted in the government calling early elections after the sitting socialist Prime Minister Alexis Tsipras faced a drubbing at the ballot box by a conservative party. It was seen as another sign of the synching between EU and national politics.

The EU parliament has been dominated by a duopoly of the centre-left Socialists and Democrats and the centre-right EPP since the EU’s first election in 1974, reflecting the political mosaic of Europe at the time.

As populist parties have gained in strength in national elections, this is now also being reflected in EU-wide politics.

However, with much of the media coverage focusing on the populists, nationalists and the far-right, it may have even been easy to miss the rise of the Green Party - which in Germany, came second, taking votes away from both of the main parties and, in particular, capturing the youth vote. In the UK, the Green Party also performed well and could end up becoming kingmaker in the new EU parliament with its 70 votes.

The Green Party also showed that voters, in particular, the young, are less inclined to vote along left vs right party lines - with concerns around the environment topping their agenda.

In the UK, the Brexit Party, formed only two months ago, led the polls in the run-up to the EU elections, which pro-EU parties had hoped they could turn into a second referendum on Britain’s continued membership of the EU.

The Brexit Party won 31.7 percent of the vote, followed by the pro-EU Liberal Democrats, at 18.5 percent.

Depending on which side of the debate you are on, both sides are attempting to claim some victory. One spin from pro-Remain politicians is that pro-EU parties received just over 40 percent of the vote, in contrast with the pro-Brexit parties, which received about 35 percent.

This is only the case if the two largest national parties, Labour and the Conservatives, which performed poorly on the night, are ignored, even though both have included leaving the EU in their official party manifestos.

In turn, the pro-Brexit argument claims that some form of Brexit was supported by some 60 percent of the population when the votes of the Conservative and Labour parties are added together.

What the debate most clearly demonstrates is the impasse at the heart of British politics, with the country divided down the middle on Brexit.

While nationalists and far-right parties will control about 20 percent of the EU parliament, they will by no means be able to impose their agenda, although they will play another crucial role, much as they have done in their national politics.

As a fractured European parliament takes shape, the nationalist parties and the greens have captured the zeitgeist of national populations who increasingly feel that they are not being listened to by mainstream political parties.

The major success of the far-right lies in its ability to have brought identity politics into the political realm and, more importantly, its ability to lead the conversation, with other parties adopting its rhetoric, in particular with regards to views on immigration and ethnic minorities.

This EU election has given all sides something to take away and claim as a victory. In the end, the most critical outcome could be that the EU evolves to accommodate parties that are in opposition to each other, mainly pro or anti-EU. The EU project, far from being settled, remains one influenced and shaped by national politics. 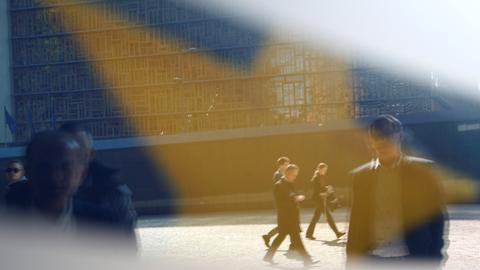