Reports in the UK say Gordon MacMillan, Twitter’s Head of Editorial for Europe, Middle East and Africa, was a reserve officer in the 77th Brigade, a unit dedicated to social media warfare.

A senior executive at Twitter was also a reserve officer in a dedicated British military unit for information warfare, according to reports in UK-based media outlets.

The Middle East Eye (MEE) says Gordon MacMillan, Twitter’s Head of Editorial for Europe, Middle East and Africa, was a member of the British Army’s 77th Brigade, which describes itself as an “agent of change” and says it works on using “non-lethal engagement and legitimate non-military levers” against enemies of the UK.

MacMillan removed references to his work with the military from his LinkedIn Profile after the MEE report and has refused to comment on the revelations.

A later Financial Times report said the executive served a few days a year as a consultant to the unit.

Both Twitter and the British Ministry of Defence have denied they work with each other but secrecy shrouds the precise nature of the unit in question’s work.

On its website, the 77th Brigade description of its work is heavy in vague management speak:

“Collecting, creating and disseminating digital and wider media content in support of designated tasks,” reads one description - not offering any further explanation of what those tasks may be or where they are taking place.

“Monitoring and evaluating the information environment within boundaries or operational area,” reads another similarly opaque description.

Dr Rizwaan Sabir, an Assistant Professor of Criminology at Liverpool John Moores University, spoke to TRT World about what the unit’s work may involve by drawing on his knowledge of other British government information warfare programmes.

“Militaries and intelligence agencies use various methods and tactics to influence the behaviour of suspects and targets as well as ordinary members of the public who are perceived to be vulnerable to supporting opponents of the state,” Sabir, a specialist on counterinsurgency said.

“Data leaked by NSA whistle-blower Edward Snowden has revealed that the UK’s Joint Threat Research Intelligence Group (JTRIG), which is a unit of GCHQ, has been responsible for undertaking Denial-of-Service Attacks (DDOS) on online ‘hacktivist’ groups.

“JTRIG is also said to employ so-called ‘honey-traps’ (i.e., using sex as a way of luring people into compromising situations) as well as injecting misinformation and disinformation into the information sphere to sow confusion and discord among targets and suspects.

“Whilst such methods may be said to be the more aggressive element of influence and manipulation campaigns, there are also some so-called ‘softer’ deceptive methods at play.”

Sabir made reference to the British government’s counter-extremism programme called Prevent, which has been slammed by critics for overstepping its ostensible remit to stop terrorism and instead becoming a tool to police and manipulate opinion within the Muslim community.

In August, another Middle East Eye report revealed that a lifestyle magazine aimed at young Muslim women was covertly funded by the British government as part of a counterterrorism programme.

According to Sabir, such initiatives aimed to “induce behavioural change amongst ordinary Muslim communities.”

“By concealing and hiding their involvement in these campaigns, the government deceives and lies to audiences through omission,” Sabir said.

While there is no suggestion the 77th Brigade is targeting communities inside Britain, there are other areas in which it falls in ethically grey areas, such as its targeting of journalists in its recruitment drives.

MacMillan describes himself as a journalist on his LinkedIn page, a description that does not sit comfortably with his apparent work for the army, according to soldier-turned-journalist Joe Glenton.

“Working as a journalist and at the same time as a member of the military's shadowy propaganda team must surely throw up any number of ethical issues. If it doesn't, you really need to consider your commitment to the craft,” he told TRT World.

“Put simply, one role is - in theory - about holding power to account, and the other is about extending virtually unaccountable power according to the orders of the powerful.

Having been a soldier and a journalist, I can't see how these can be reconciled.”

Psy-ops as a weapon

The British government is not alone in having military and intelligence units dedicated to advancing its agenda online.

Both states and non-state actors, including terrorist and far-right groups, have made use of disinformation and propaganda targeting their enemies.

Operatives often gave the impression they were ordinary internet users, rather than fully-fledged members of a government programme or non-state group.

Saudi Arabia and the UAE are known to operate thousands of bot accounts, which amplify tweets sympathetic to the countries’ rulers and target critics.

In one infamous instance, the Intercept revealed that a prominent Twitter user posting against the Iranian government was actually a character likely created by the People’s Mujahideen of Iran (MEK) group.

The character had bylines in a number of outlets, including Forbes, the Saudi-owned Al Arabiya English, and the right-wing tabloid, the Daily Caller.

After disappearing in the immediate aftermath of the revelations, the Alavi character soon reappeared on Twitter continuing his operation as normal. 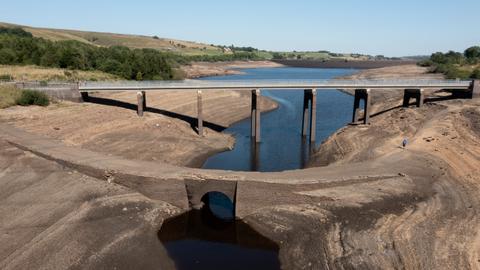