A malaria specialist, Tedros Adhanom, takes over the leadership from Margaret Chang, becoming the first African to head up the WHO.

Ethiopia's Tedros Adhanom was elected the new head of the powerful World Health Organisation on Tuesday.

The former Ethiopian health minister, who vowed to shake up an agency widely seen as needing major reform, beat out Britain's David Nabarro and Sania Nishtar of Pakistan in the race to lead the UN's public health body.

Jubilant supporters, including one waving an Ethiopian flag, surrounded the 52-year-old malaria specialist after the final result was announced in the assembly hall at the UN's Geneva headquarters.

Tedros will take over on July 1, succeeding Margaret Chan, a Hong Kong native whose decade-long tenure was marred by the agency's fiercely criticised response to the Ebola epidemic in west Africa.

In his first remarks as WHO's director general-elect, Tedros vowed to "reclaim... trust from member states and from every citizen in the world".

He said delivering universal healthcare, especially to the world's most impoverished, would be his top priority.

In a speech before voting started, Tedros had said he refused "to accept that people should die because they are poor."

The WHO is perhaps the most influential United Nations agency, charged with emergency response and shaping baseline policies for treatment of major health challenges.

The agency was broadly accused of failing the major test that followed the December 2013 Ebola outbreak, missing key warnings about the severity of an epidemic that ultimately killed more than 11,000 people.

Health officials, including from Washington, a key WHO donor, said the agency's new leadership needed to get emergency response right.

"We know that the next health emergency is not a question of 'if' but 'when'", US health secretary Tom Price said in Geneva earlier Tuesday.

"When it happens the world will turn to the WHO for guidance and for leadership. We need to be sure it is up to the task," he told the Swiss Press Club.

Price congratulated Tedros in a statement following the vote.

Tedros will be the first African to lead the WHO and had unanimous backing from the African Union, which claimed that the continent deserved a shot to lead the agency.

Nabarro, who had strong support from his native Britain and touted his decades of experience within the UN system, ultimately failed to persuade voters that the agency needed an insider in its top job.

Nishtar, a former Pakistani health minister, won praise for a strong campaign but was always considered a long shot.

Tuesday marked the first time that the WHO's 194 member states got to choose the agency's leader.

Previously the executive committee offered just one candidate for states to rubber stamp.

The WHO has already initiated a range of reforms since it faced crushing criticism over its response to the Ebola crisis, but experts say the new chief still faces a huge task.

"We need WHO to be more effective than it is today," the director of Harvard University's Global Health Institute, Ashish Jha, said at the Swiss Press Club event.

Mark Dybul, who heads the Global Fund To Fight AIDS, Tuberculosis and Malaria, said that Chan had "laid the foundations" for improvements but that "big, big changes need to be made".

Tedros earned a doctorate from the University of Nottingham in Britain before being appointed Ethiopia's health minister in 2005.

He oversaw a drive to expand basic healthcare by building thousands of new clinics and boosting community-based health services.

After swearing an oath of office and signing his contract on Tuesday, Tedros vowed to heed guidance he received during his long campaign and would "focus (WHO) resources on the most vulnerable people in the most fragile contexts". 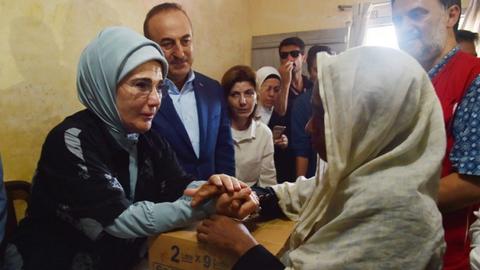 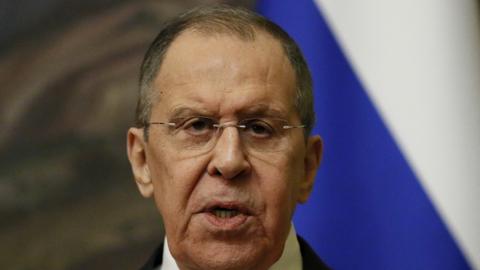 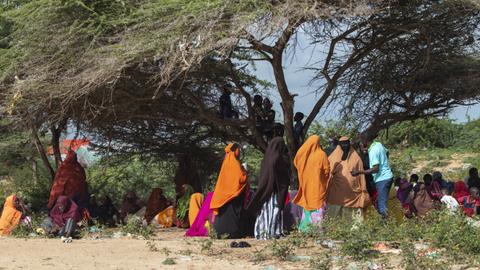