Seven times the medical establishment got it wrong

The medical establishment — comprising of doctors, regulatory authorities, licensing bodies, patenting offices and of course the pharmaceuticals — is often seen as the last word on health practices. It is considered an infallible institution immune to error. However, its track-record reeks of fatal blunders which call into question its credibility.

A reversal of the medical establishment's position on previous recommendations — such as the war on fat or the daily consumption of aspirin — every few years seems to have become its modus operandi.

This flip-flopping represents a major quandary since the rest of the world looks to — first and foremost — the US medical establishment as a perceived model of health care excellence to emulate. Countries like the United Kingdom and those in EU often also take their cues from decisions taken by the US Food and Drug Administration (FDA).

Poor judgement exercised by the medical establishment comes at a high price to society. Often no one is held liable; government inaction and a lack of litigious repercussions reinforce the attitude of the medical authorities that they are above reproach.

TRT World takes a closer look at a few instances when failure of policy and regulatory oversight led to death and deformity. While some limitations in drug or medical procedure research are time-bound, the following cases illustrate often physical evidence was ignored for the sake of continuity or profit.

Promotion of smoking by doctors

In the US, doctors and Big Tobacco were complicit in promoting cigarettes from the 1930s to the 1950s.

Tobacco companies paid physicians, throat doctors in particular, to recommend smoking as a remedy for throat irritation and to perpetuate the notion that smoking was healthy.

Cigarette advertisements in medical journals were the norm. Images of doctors smoking in print ads were a common marketing ploy.

The Journal of the American Medical Association (JAMA) published its first cigarette advertisement in 1933 "after careful consideration of the extent to which cigarettes were used by physicians in practice." The advertisements ran for two decades.

The New York State Journal of Medicine also ran ads by cigarette brand Chesterfield with the claim that its product "just as pure as the water you drink."

Dr Walter Freeman was the developer of the ‘icepick' lobotomy, a form of brain surgery he advocated as a panacea to mental illness.

He went on to travel, in his "lobotomobile" as he dubbed it, to perform the procedure and provide training across the US.

All told, he performed 3,500 lobotomies from 1937 to 1967. The procedure had a disastrous 14 per cent fatality rate and the outcomes for survivors varied dramatically: some were left permanently crippled, others lived in a perpetual vegetative state.

One patient even died when the doctor stopped to take a photo mid-procedure and the surgical tool went too far into the brain.

Dr. Freeman's trigger-happy attitude towards lobotomy caused his longtime research partner Dr. James Watts to leave their practice due to the high-rate of unwarranted lobotomies and cruelty he observed.

Freeman had questionable criteria as to who was a good candidate for the procedure. He administered the lobotomy for complaints as minor as neck pain.

Children were even subjected to the procedure for perceived low intelligence or hyperactive behaviour.

One such case involved a lesser-known member of the Kennedy dynasty and sister of former president John F Kennedy. Rosemary Kennedy was deprived of oxygen at birth and although she was a functional and participatory member of society, she suffered from learning difficulties.

However, her erratic mood swings and bouts of aggression as an adult alarmed her father who had her subjected to a lobotomy when she was 23 years old. The procedure had disastrous consequences; it left her unable to walk or speak coherently. She was subsequently sent away to live out her life in multiple institutions, hidden away from the limelight which defined being a Kennedy.

The drug thalidomide, created in Germany by the Grunenthal group, was heavily marketed to pregnant women for morning sickness in the 50s and 60s.

It was available in 46 countries until it was banned in 1961 following a massive spike in the birth of infants with physical deformities worldwide to women who had taken the drug while pregnant.

At least 80,000 babies died before birth and 20,000 were born without limbs due to thalidomide. The consumption of thalidomide by pregnant women resulted in a wide range of birth defects including severe deformity of the limbs or in extreme cases, the absence of limbs.

Reports suggest the companies which distributed and produced the drug in various countries were aware of the side effects that maimed thousands of babies in the womb worldwide, but ignored them for the sake of profit.

The Grunenthal group issued an apology in 2012 part of it read, "We ask that you regard our long silence as a sign of the silent shock that your fate has caused us." Victims felt insulted, they said the apology was insincere.

The Archives of Internal Medicine reveals American pharmaceutical company Merck concealed data for years that proved Vioxx caused an alarming increase in the risk of heart attacks and strokes. Merck's revenue from Vioxx was 2.5 billion dollars.

In 2004 the drug was removed from the market.

An FDA scientist raised concern early on when he discovered the damaging effects of vioxx, however, his discovery was suppressed by his bosses. US government officials have questioned the relationship between Merck and the FDA.

He drew comparisons between the fatalities caused by Vioxx and the number of those who died in the Vietnam War, which also totalled 60,000. He lamented the institutional bias at the FDA that led to those deaths.

"People should turn to Congress and demand a drug safety system that is free from corporate influence – and a distinct center for drug safety."

In a recent about-face on fat, the US dietary guidelines advisory committee has removed its previous recommendations against fat and cholesterol consumption in its most recent report.

The medical establishment had for decades advised against the consumption of fat and cholesterol, which in turn led to a higher consumption of carbohydrates and sugars. Studies show this change in dietary habits had a strong correlation to soaring rates of diabetes, obesity and heart disease.

Signalling a continuing paradigm shift, a recent report by the National Obesity Forum (NOF) and Public Health Collaborative (PHC) titled "Eat Fat, Cut The Carbs and Avoid Snacking To Reverse Obesity and Type 2 Diabetes" called for an overhaul of existing guidelines, according to Reuters. The NOF and PHC also stated "eating fat does not make you fat".

Such drastic changes in dietary recommendations have led to generations turning to fad diets and skewing nutritional intake resulting in not just cardiological problems but also metabolic concerns.

A new report officially knocked flossing off its pedestal; a practice universally taught alongside brushing.

The American Dental Association (ADA) has been promoting floss since 1908, however, it has recently emerged there was never any scientific basis for the recommendation.

The ADA accepts studies conducted by the floss industry, which represents a conflict of interest.

For years the ADA was adamant flossing prevents the build-up of plaque, gingivitis and tooth decay.

In an analysis of 25 studies on floss, the AP found most of the studies, which the ADA cited as a basis for their claims, used unreliable methods; carried a "moderate to large potential for bias"; and sometimes tested few participants. One study tested 25 people after only a single use of floss. Some studies lasted a mere two weeks, not a sufficient duration for a cavity or gum disease to develop.

However, Dr Mehmet Ozcomak, a dentist based in Istanbul, told TRT World, he agreed that while flossing does not prevent cavities in and of itself, it "functions indirectly to improve dental health by removing food particles." He went on to say flossing has some value in "preventing tartar build-up."

When life-saving practices are rejected

Dr Ignaz Semmelweis was a Hungarian obstetrician who theorised in 1850 that physicians transferred perpeural disease — known as childbed fever — to women in the maternity ward due to the common practice of doctors at the hospital delivering babies after conducting barehanded autopsies on diseased corpses.

He came to that conclusion after observing a high rate of deaths in the hospital maternity ward in comparison with the low death rates at the clinic where babies were delivered by midwives.

Semmelweis went on to implement a handwashing protocol in the maternity ward, which proved successful. It resulted in death rates declining from 18 percent to 2.2 percent.

Though he was armed with numbers on his side, he only received minimal support. Most colleagues resented him for suggesting they were the cause of their patients' deaths.

And as news of his handwashing protocol spread, he was increasingly the target of derision in medical circles throughout Europe. He was regarded as a pariah for challenging the status quo.

Eventually his mental health was called into question and his colleagues had him admitted to a mental hospital where he was beaten. He succumbed to his injuries just days later. 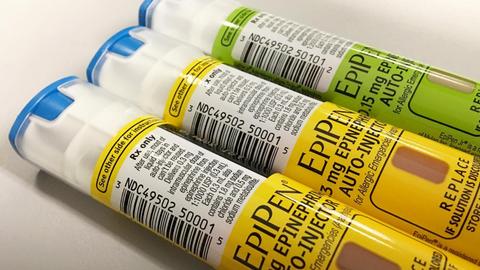 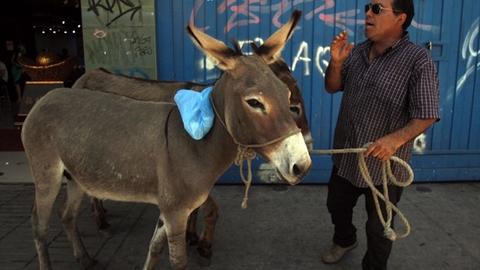