Debunking myths and misinformation about coronavirus

From surgical masks to COVID-19 being a biological weapon of sorts, there are a lot of conspiracies doing the rounds.

As the cases of the novel coronavirus (COVID-19) surged past 90,000, authorities around the world are taking steps to contain the potentially deadly disease. At the same time, people are panicking with some stocking up food and medicines for an emergency.

However, the heightened scare amid round-the-clock coverage has also given birth to some myths and misconceptions, which are adding to the confusion.

There are all sorts of conspiracies on social media and messaging apps such as WhatsApp.

Let’s deal with them here.

1- You die if you catch the infection

That’s not entirely correct. As of Thursday afternoon (GMT time), the tally of the infected people had reached 95,270, according to the World Health Organization (WHO). Out of these, only 3,280 people have died - meaning that 3.5 percent of the infected patients have been killed.

It doesn’t mean that you shouldn’t be concerned about this coronavirus, which first emerged in the Chinese city of Wuhan in December. But the fact is that many more people are getting the needed treatment and returning to their lives.

In China, where the bulk of the cases have been reported, thousands of people have been successfully treated and discharged from hospitals.

2- Coronavirus is the deadliest

No it’s not. Ebola and other viruses, which just like the COVID-19, originated from wild animals, are far more deadly.

Some strains of the Ebola virus kill up to 71 percent of the infected people. The 2014-2016 Ebola outbreak in West Africa was particularly lethal. Starting from Guinea, it spread to half a dozen countries, killing 11,325 people out of the 15,261 laboratory-confirmed cases, according to the CDC. That’s a fatality rate of 73 percent. Talk about being deadly.

Similarly, rabies, caused by an animal bite, kills tens of thousands of people every year.

As Pakistan reported its first case late last month, people dashed for pharmacies in its largest city, Karachi. Everyone wanted to get their hands on surgical masks - or any sort of mask. Stores ran out of supplies overnight and people were making appeals, even willing to overpay for them.

But experts have all along said that standard surgical masks offer no certain protection against the virus. It is best utilised by the patients who are already infected. They can wear a mask and help prevent its spread.

In any case, hospital staff have been using specialist N95 respirators that have the mechanism to filter out the virus particles.

When it comes to personal protection, the best way to avoid the virus is to wash hands as many times as one can for at least 40 seconds and use hand sanitisers.

4- You’ll know when you have it

The most sinister thing about the disease is that it’s hard to detect and physicians have difficulty diagnosing it through simple observation.

Its symptoms - fever, dry cough and shortness of breath - can easily be attributed to common flu or cold. Worse still, the COVID-19 symptoms can take a week or more to show up in a patient.

So while authorities at the airports might be screening passengers with electronic thermometers to check for fever, there’s no clear way to know who is carrying the virus.

Also, there’s no thermal scanning machine that can identify it. So don’t fall for that.

The only way to find out if you have it is to get a test at an authorised lab where specimens such as the sputum can be looked into for the genetic code of the virus.

5- Can you use Chinese products?

Yes, you can. China is the world’s largest exporter. Its products ranging from table-tops to stuffed toys to clothes and kitchenware are used around the world.

The fact that the WHO had to clarify that Chinese goods are safe says a lot about the prevailing misperceptions.

“People receiving packages from China are not at risk of contracting the new coronavirus. From previous analysis, we know coronaviruses do not survive long on objects, such as letters or packages,” the global health body says on its website.

The jury is still out on how long this virus can survive on surfaces. The Center for Disease Control (CDC) in the US says catching the virus from an infected surface is “not thought to be the main way the virus spreads”.

Some estimates suggest the virus can live on the surface for four to five days.

6- That it’s a biological weapon

One of most persistent conspiracy theories is that the virus was created in a lab. People have shared detailed messages and pages from obscure books to back this theory up. But that’s far from the truth.

Just like other coronaviruses such as SARS and MERS, which was traced to camels in the Middle East, COVID-19 comes from the wild. Many science journals conclude that it came from bats. 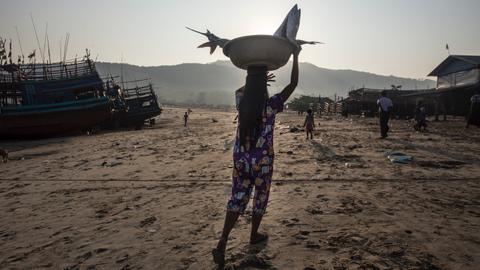