Thousands were asked, many said no.

“Trust is an important variable in health-related decision-making,” the authors of a new study write, “especially when it entails high risk and uncertainty.” The authors conducted research regarding whether people in the European Union would feel comfortable “about having a medical operation performed on them by a robot [led by artificial intelligence (AI)].”

They write that their comprehensive study, which involved asking questions  to 27,901 citizens aged 15 years and over in the 28 countries of the European Union “takes an integrated approach, considering drivers and barriers such as socioeconomic and cultural environments, sociodemographic factors, and psychographic indicators.”

"We aim to provide new evidence from the social perspective, from patients and citizens, since at some point they could be asked to undergo surgery involving the use of robots," explains Professor Joan Torrent Sellens, from the Open University of Catalonia’s (UOC) Faculty of Economics and Business, lead researcher of the University's i2TIC group and the co-author of this study, together with UOC professors Ana Jimenez Zarco and Francesc Saigi Rubio.

The benefits of robot-assisted surgery (RAS)

The authors say that the usefulness of robotics in medicine is “considerable.” Their precision, their ability to be programmed, and their help to the surgeon in times of fatigue or tremors mean that they minimise (or eliminate altogether) the potential for human error and help patients recover faster. They also add that using robots “leads to savings in the financial, time and psychological costs associated with the process.”

The need for trust

The authors write that focusing on the clinical setting and particularly the surgical sphere, “the effective remote implementation of robots should take into account those factors that have an influence on the general public’s trust.”

They say that their study which looked at the opinions of almost 28,000 individuals “found a broad set of misgivings about undergoing RAS due to a lack of trust in it, thus providing new evidence to the debate on the acceptance of RAS by European citizens.”

They note that only two variables were capable of predicting trust in RAS: Previous experience of robot use, and perceived ease of use of robots. They caution that “the motivations for mistrust (information about, attitude towards and perception of robots) grew with experience of their use.”

The researchers also write “Sociodemographic variables played an important predictive role,” pointing out that “The effect of experience on trust in robots for surgical interventions was greater among men, people between 40 and 54 years old, and those with higher educational levels.”

The authors point out that faced with a care model based on close collaboration between the healthcare professional and the patient, “the final decision on RAS depends almost exclusively on the wishes of the patient.” Noting that these wishes “are clearly related to trust,” and that “trust in robots goes beyond rational decision-making,” the authors recommend that RAS implementation strategies and policies “consider the factors that hinder or promote patient trust.” 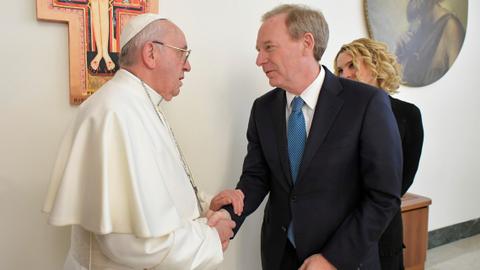