1
'A big problem': Uganda sees spike in human sacrifice incidents
2
No longer just fiction: Machines can smell your breath to diagnose you
3
India imposes ban on many single-use plastics to tackle waste
4
Google to delete user location history of visits to US abortion clinic
5
BioNTech, Pfizer to start testing next-generation vaccine for coronaviruses

On September 29, the Eastern Kuku Yalanji people took formal ownership of the Daintree National Park, which is a UNESCO World Heritage site.

“Widely acknowledged by scientists as the oldest tropical rainforest in the world (evolving and thriving for perhaps as many as 185 million years), the Daintree Lowland Rainforest is of exceptionally high biodiversity and conservation value,” writes the not-for-profit environmental organisation Rainforest Rescue.

“Under the agreement, the Daintree, Ngalba Bulal, Kalkajaka and Hope Islands national parks will be handed back to the Eastern Kuku Yalanji,” the Guardian reports. “ They will also manage the areas in partnership with the Queensland government.”

“The area of more than 160,000 hectares will now be co-managed by the Queensland government and the Eastern Kuku Yalanji people,” CNN notes, “with a hope of eventually transitioning into being run solely by indigenous owners.”

Queensland Environment Minister Meaghan Scanlon tweeted about the occasion, calling it a continuation of “our path to reconciliation.”

Today, we continue our path to reconciliation.

Four national parks in Cape York, including the Daintree, return to the Eastern Kuku Yalanji people.

Their culture is one of the oldest living cultures and this land handback recognises their right to own and manage their Country. pic.twitter.com/wL8kEfg23M

“It is the first time Queensland has transferred the ownership of a national park in the Wet Tropics region of the state's northeast to an Indigenous group,” VICE reports.

“It’s a big thing for Eastern Kuku Yalanji people, for us bama, which means people,” Chrissy Grant, a traditional owner and the incoming chair of the Wet Tropics Management Authority board, tells the Guardian.

“Bama across the wet tropics have consistently lived within the rainforest. That in itself is something that is pretty unique to the world heritage listing.

Grant is also the chair of the Unesco International Indigenous People’s Forum for World Heritage, and she says the handback of the Daintree and surrounds would also help address a historical oversight – rainforest Aboriginal people were not involved in the 1988 process for the world heritage listing of Queensland’s wet tropics, according to the Guardian.

“In 1988 there was no consultation with Aboriginal people and no recognition of the values of the ... oldest rainforest in the world, being continuously occupied by Aboriginal people,” Grant tells the Guardian.

“Wherever you go there are communities within the tropical rainforest.

“People were probably not upset about it back at that time, but certainly after that time people realised they were completely ignored, even what was world heritage, not a lot of awareness out there. They did it in a rush to try to stop forest logging, but in that process they completely ignored Aboriginal people.”

According to the Rainforest Rescue, “These include the Endangered Blue Tassel Fern (huperzia dalhousieana), the Rare Russell River Lime (Microcitrus inodora) and Cooper’s Creek Walnut. Endangered animal species include the Musky-rat Kangaroo, Spotted-tail Quoll and the Southern Cassowary.”

According to the Guardian, Grant says the national parks would eventually be managed solely by traditional owners.

“Our goal is to establish a foundation to provide ... pathways and opportunities for mentoring, training, apprenticeships, work experience and employment for our Eastern Kuku Yalanji bama to fill positions from a wide range of skilled trades, land and sea management, hospitality, tourism, and research so that we are in control of our own destinies.”

The handback negotiations had taken four years and Grant says she hopes the model would offer a pathway for other Indigenous groups in other parts of the wet tropics to negotiate ownership of their traditional lands, the Guardian reports. 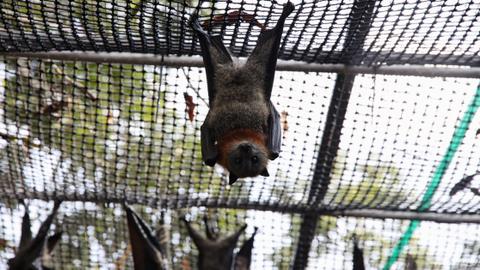 1
'A big problem': Uganda sees spike in human sacrifice incidents
2
No longer just fiction: Machines can smell your breath to diagnose you
3
India imposes ban on many single-use plastics to tackle waste
4
Google to delete user location history of visits to US abortion clinic
5
BioNTech, Pfizer to start testing next-generation vaccine for coronaviruses