1
UN: Greenhouse gases rise despite Covid-19 lockdowns
2
'Trapped in my house': Violence against women rises in Covid-19 pandemic
3
The Ataturk Arboretum: a live plant museum in the midst of Istanbul
4
Oxford says Covid-19 vaccine highly effective, easier to distribute
5
Why are the origins of so many Covid-19 cases still a mystery?

TRT World interviewed Sophia and Georgia Scott about their thoughts and ideas behind the documentaries they produce.

TRT WORLD: What triggered you to produce more than one war related documentary? Do you plan to work on more?

We both have spent over a decade making films with people and communities affected by conflict. For a long time we wanted to make a documentary about the lives of young people growing up in these areas. From filming young Somalis trapped in the world’s largest refugee camp in Kenya to filming survivors of sexual violence in Eastern Congo, we have a strong desire to tell human stories.

Having witnessed the true ongoing consequences of the war in Bosnia we felt compelled to document the lives of those who were currently being affected by the violence in Syria.  That led us to our second feature doc Lost in Lebanon which followed the lives of Syrians trying to live across the border in Lebanon. We have since been filming in the West bank about the ongoing consequences of war there. The people that we have encountered are just like you and I and we feel at home in these communities. I think this feeling "this could be me and my family" is what drives us to show the world the personal plights of people affected by war - the people who rarely make it to our TV screens.

When peace eventually comes to countries, like Syria and Afghanistan one of the great challenges will be to find ways of addressing these problems, to avoid creating societies which exist in an almost permanent state of trauma. The evidence from the four young people in this film offers profound lessons about the hidden cost of war.

How did you choose the characters for “In the Shadow of War”? What was the process of working on the film with them like?

Making “In the Shadow of War” was a very natural process. We didn’t have a definite film in mind when setting off on our first trip to Bosnia & Herzegovina in 2012, but we went with the feeling that this country has important stories to tell. Like many people, we remember the Bosnian conflict on our TV screens 20 years ago. We wanted to know what it was like growing up in Bosnia today, a country still living with an emergency peace agreement in place.

We came across Ante, Magdalena, Ilija and Elvis after visiting small shelters and orphanages. After spending time with them and hearing their stories we were compelled to make a documentary that authentically reflected the struggles and complexity of life for this generation living in the shadow of a brutal war.

Out of instinct we knew that they were the ones we were meant to film as they were the most natural and the most honest on and off camera. Some of the hardest times of our film career were the interviews with Magdalena and her honesty about her father.  With this there is a heavy responsibility on our shoulders.

Whose story was the one that touched you most out of the four stories and why?

We grew extremely close to all four characters in the film. And we experienced things with them that we could not have imagined. We felt a huge responsibility towards all of them. Elvis was the youngest and most troubled. We felt terrible every time we left Bosnia and although we would always keep in contact through Facebook, it was not enough to help him.

How much hope did you reasonably think each of the characters had at the time of making the film?

We had fear for all of them in different ways. We were worried about the vulnerability of Magdalena and that there seemed to be no support for a young girl like that fleeing an abusive father. We had high hopes for Ilija who was training with the mountain rescue club in Mostar. It seemed he had really turned his life around. Elvis was vulnerable but strong and we thought he was the survivor. Our biggest worry was for Ante. When we finished filming he was only 18 and wanted to join the army and I think if he had, he would be in a very different situation now. He was balancing on a thin line where he was about to let his anger and fear overtake his life. Luckily he choose a different path.

Does your relationship with the characters usually end by the time the filming ends?

It’s hard just to cut contact with the characters as we spend so much time with them. They will always be a big part of our lives. The biggest emotion we feel is frustration that we can’t do more. We really believe that through the personal journeys of Ante, Ilija, Magdalena and Elvis, this film reveals a universal story about the lasting trauma of war and its ongoing consequences and with the help of these four young people, we want to say that there must be more done to support young people in the future, to break the cycle of trauma, violence and destruction. 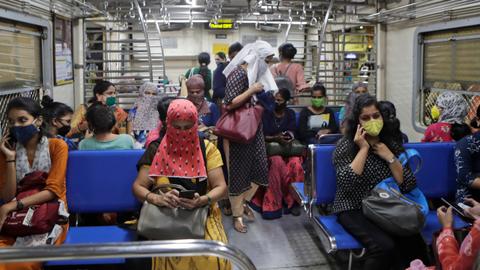 'Trapped in my house': Violence against women rises in Covid-19 pandemic 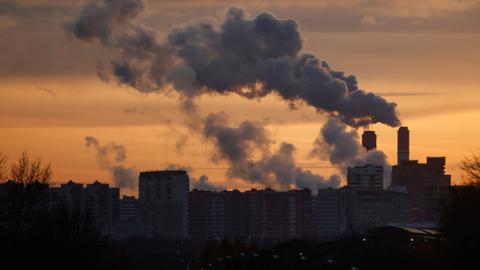 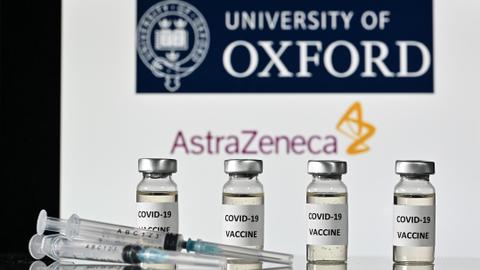 1
UN: Greenhouse gases rise despite Covid-19 lockdowns
2
'Trapped in my house': Violence against women rises in Covid-19 pandemic
3
The Ataturk Arboretum: a live plant museum in the midst of Istanbul
4
Oxford says Covid-19 vaccine highly effective, easier to distribute
5
Why are the origins of so many Covid-19 cases still a mystery?