The Plan Bleu website explains that “in 1976, the Mediterranean-rim countries and the European Community adopted the Barcelona Convention to protect marine environment and its coastal areas. The necessity to address collectively development and environment in order to build a sustainable future for the Mediterranean is already fully integrated by signatory countries.”

The previous version of the report was published in 2009. The 2020 edition warns that “unless urgent and resolute action is taken to halt current trends, environmental degradation could have serious and lasting consequences for human health and livelihoods in the region.”

The report notes that “15 percent of deaths in the Mediterranean are attributable to preventable environmental factors; in 2016, more than 228,000 people died prematurely from exposure to air pollution.”

It goes on to say “The region – one of the world’s most coveted tourism destinations (360 million arrivals in 2017) and one of its busiest shipping routes – is polluted by an estimated 730 tonnes of plastic waste every day,” and that “The presence of more than 1,000 non-indigenous species also poses threats to biodiversity, and the region is warming 20 per cent faster than the global average.”

“By shedding light on the mistakes of the past, the report’s findings can guide a green renaissance in the Mediterranean,” Gaetano Leone, Coordinator of the UNEP/MAP-Barcelona Convention Secretariat says in a press release. “Embarking on greener development paths now can halt the environmental degradation trends and salvage hard-won achievements in the implementation of the Sustainable Development Goals (SDGs).”

Yet there is a catch: the GDP on the European shore is “on average three times higher” than in south and east Mediterranean countries. Home to 512 million people, the region is not likely to achieve the Sustainable Development Goals (SDGs) by 2030.

The Director of Plan Bleu puts it more succinctly: “The future of the Mediterranean is on the line. In the past few months, the world has been wondering what the world will be like in the future,” says Francois Guerquin. “This is the third issue of the SoED report since 2005 and very little has changed since. If we want to protect the Mediterranean for present and future generations, we can no longer afford piecemeal steps. We must embark on drastic changes in our relationship with nature.”

“Two thirds of the Mediterranean countries exceed the global World Health Organization recommended threshold for air pollution from particulate matter and ozone,” an infographic prepared for the report alerts. The same infographic also informs that “the use of fertilizers and pesticides [happen to be] above the world average in more than half of the Mediterranean countries.”

Another infographic by Plan Bleu points out that there is already “0.4 degrees Celsius increase in seawater temperature (up to +3.5 degrees Celsius by 2100)”. The same infographic alerts that the Mediterranean is “warming 20 percent faster than the global average”.

As in the sea, there is a “+1.5 degrees Celsius increase in air temperature [which is] above the global average (projection in 2040: +2.2 degrees Celsius versius + 1.5 degrees Celsius global level).” The infographic also mentions a predicted sea level rise (“between 0.43 and 2.5 metres by 2100”) which threatens “20 million people living below five metres of current sea level.”

Moreover, “at least 78 marine species and 168 coastal endangered species are in question, and [there are] 1,000 non-indigenous marine species in the Mediterranean, 10 percent of which are invasive.” Not to mention “78 percent of assessed fish stocks are overexploited.”

How to tackle these problems? The report recommends five courses of action:

Intersectoral cooperation: “ensuring that shifting development pathways are shared by all sectors ... and prioritising sustainability in all sectoral policies.”

Preventive action: “implementing measures that prevent degradation, which are generally less costly and lead to better environmental and social outcomes than clean-up and curative action.”

Resilience-building under uncertainty: “directing action and investment towards adaptation to projected environmental stresses, including by harnessing nature-based solutions.”

Enforcement of legal obligations: “promoting the adoption of provisions in national legislation to allow for accountability and legal action, and strengthening the legal and administrative mechanisms involved in enforcement.” 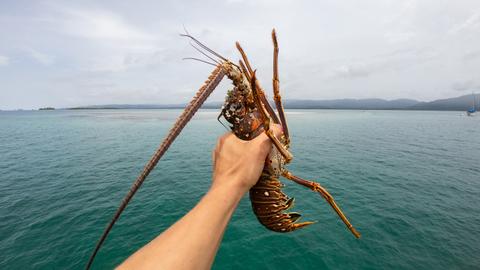