The puppet of a fictitious Syrian girl named Amal will represent the hope and resilience of refugees travelling thousands of kilometres in search of a decent life. TRT World talks to the Turkish producers of the internationally organised event.

Between July and November 2021, one of the most ambitious public art projects is coming to life in the body of Little Amal, a 3.5-meter puppet representing a fictitious 9-year-old Syrian girl. During The Walk, Little Amal will travel from the Turkish-Syrian border in Gaziantep to Manchester, UK to highlight the refugee crisis that has been shadowed by the coronavirus pandemic, and to raise funds for refugees in Europe.

The international project is wide in scope, travelling through many countries. TRT World has talked to its representatives in Turkey, the originating location of The Walk: Recep Tuna, cultural manager, Yesim Gurer Oymak, the Deputy Director-General for Istanbul Foundation for Culture and Arts (IKSV), and Ayse Bulutgil, Communications Group Director at IKSV.

Yesim Gurer Oymak has been working at IKSV since 2006. Prior to her current role as Deputy Director-General, she was the Director of the Istanbul Music Festival for 12 years as well as the Leyla Gencer Voice Competition, a triennial event organised in collaboration with La Scala Academy.

Recep Tuna worked at the Consulate General of the Netherlands in Istanbul between 2005 and 2017 as the policy officer for press, cultural affairs, and civil society support programs. He has been in close collaboration with colleagues at IKSV for various international cultural and artistic activities during that period, before moving to Izmir in 2017 and starting to work as an independent cultural manager.

TRT World: You are the producers of The Walk in Turkey. Could you tell us a bit about The Walk?

The Walk is the latest production from Good Chance, a free outdoor festival of art in support of refugees that will take place through Turkey and Europe from July to November 2021, led by Artistic Director Amir Nizar Zuabi, and made in collaboration with hundreds of international cultural, civic, and humanitarian partners.

A 3.5-metre-tall puppet of a young refugee girl, created by Handspring Puppet Company, will travel through cities, towns and villages across Turkey, Greece, Italy, France, Switzerland, Germany, Belgium and the UK, welcomed by cultural events at every stage. The Walk is a celebration of art, hope and shared humanity that aims to unite communities and refocus attention on the urgent refugee crisis, whilst reshaping the narrative to highlight the positive contributions refugees and immigrants make.

Little Amal was based on a character in Good Chance’s first production The Jungle, a play about the Calais migrant camp in 2015 - that of a little Syrian girl who represented the many unaccompanied minors at the camp. However, Little Amal the puppet is also an emblem of all young refugees and represents the countless millions of children who are displaced not just in Turkey and Europe, but all around the world. By telling this story in Turkey and Europe, The Walk hopes to increase understanding and empathy about the refugee crisis, by highlighting both the urgent needs of young refugees - especially with regards to access to education - and their great potential if they are treated with humanity. This is a universal message that applies globally.

Who will walk along with the puppet? Who is the puppeteer? What can you tell me about him/her?

It takes four puppeteers to bring Little Amal to life: one on each arm, one supporting the back, and the final puppeteer in the centre of Amal, walking on a pair of stilts and surrounded by Amal’s torso. This puppeteer also controls ‘the harp’: a complex tapestry of strings that bring Little Amal’s face, head and eyes to life. A team of between 10 and 12 puppeteers will accompany Amal on her journey, who will rotate in teams of four as she walks.

How did you get involved with The Walk?

A delegation from the Good Chance Theatre including the producers Tracey Seaward and David Lan came to Turkey two years ago to investigate the possibilities of developing the project. They visited various cities including Istanbul and Izmir. We met them separately and became very excited about the project.

The project is a unique artistic manifestation which raises awareness on a very important humanitarian problem of today. We are all very much concerned about the difficulties faced by refugees not only on a global scale but also right here, in our own country. Most of the time arts and culture are neglected when the subject is refugee crises. Yet, the dialogue between diverse communities of a country can only be built by getting to know each other’s culture. Art is a very important medium to build cultural bridges and contribute to the multicultural structure of a country like ours.

When Good Chance Theatre decided to implement the project, they contacted us for further assistance. After a series of talks, we eagerly became the producers of The Walk in Turkey.  IKSV provided advice on the route in Turkey, and together with Recep Tuna, presented artistic suggestions and established relations with institutions, associations, civil society actors and communities along the way.

IKSV is also responsible for developing relationships with public authorities including the Ministry of Tourism and Culture and leading on the acquisition of public performance and filming permission together with AZ Celtic Films. Recep Tuna is leading the artistic relationships across the route in Turkey, including finding the right collaborators in each town and city and bringing their events of welcome to life.

What are the challenges of bringing such a huge project to life in Turkey with many organisations that are independent of each other?

The goodwill and sincerity of the cause helped us a lot to overcome the challenges of such a huge project. The main issue is to find the right local partners along the route of The Walk in Turkey. Through our existing networks, we researched the cultural life of each town and city along the way and identified partners that are already active within the cultural and artistic scene.

Our local civil society partners are very capable of reaching diverse audience networks, have strong and long-lasting relationships with local authorities, and have the experience required to pull off powerful events of welcome for Little Amal. Once we identified partners that felt right for The Walk we asked them the simple question: how would you welcome a 9-year old girl to your city? Through creative exploration of this question, we have been able to create events with local meaning.

In addition to the hundreds of cultural and humanitarian partners there are internationally acclaimed “ambassadors” of The Walk. How do they get involved in the project?

Producers of The Walk are well-known to the international community through their previous successful productions. For example, Tracey Seaward has been instrumental in many interesting projects to hit audiences around the world, from producing the Oscar-winning film The Queen to bringing the Queen and James Bond together for the 2012 Olympic Games Opening Ceremony. Stephen Daldry has directed 5 major feature films, Billy Elliot, The Hours, The Reader, Extremely Loud & Incredibly Close and Trash, all of which have been nominated for the most prestigious film awards. Popular series “The Crown”, which he serves as Executive Producer, releases Season 4 in November 2020 and is in pre-production on Season 5.

The successful track record of the producers enables us to explain the professional framework of the project built on a very crucial global problem. Among others, celebrities like Gillian Anderson and Jude Law became ambassadors of the project to help us deliver the “Do not forget about us” message to the attention of the international community.

We are also very proud that successful actress and musician Berguzar Korel and internationally acclaimed actor Halit Ergenc became ambassadors for The Walk in Turkey.

Turkey is the country that hosts the highest number of Syrian refugees. What is the significance of The Walk starting here?

Precisely because of the crucial role that Turkey has played in the refugee story we felt it was very important that Little Amal’s narrative begins in Turkey. At the heart of each event is a celebration of the welcome and hospitality that local people have given refugees in Turkey.

As we continue to walk beyond Turkey, we will continue to engage with the partners and people that Little Amal has met, so Turkish audiences will have the longest relationship with the project and with Little Amal’s story.

All of our events will be open to all and free and the vast majority will be outdoors in accessible spaces. We will be engaging with schools, local people, local refugees and artistic groups. Diversity, inclusivity and integration are the key principles of our approach.

The Walk will be one of the most adventurous public artworks ever attempted. Could you tell us a bit about the activities planned for Turkey?

Little Amal’s journey begins in Gaziantep with an outdoor light installation of Qanadil lanterns. Slowly, one lantern at a time, the city will become illuminated, revealing a path of light for Little Amal to follow. Artist Ali M. Demirel is designing and implementing this spectacular light and projection installation.

In Cesme, Little Amal will follow a path of empty shoes that leads her to the beach. This art installation – created by K2 Contemporary Art Centre – represents the many thousands of people that have lost their lives on the perilous sea crossing. In between Gaziantep and Cesme, we have many more artistic and cultural events ranging from film screenings and photography projections to gastronomy events and folklore dance.

In addition to bringing attention to the refugee crisis, The Walk also aims to raise money for refugees thanks to the puppet Little Amal who will travel 8,000 kilometres. What can you say about this?

A fundraising campaign has been launched with the title “The Amal Fund”. The fund will be dedicated to educational opportunity and accessibility for young refugees. Good Chance Theatre is a registered charity in the UK under the Charity Commission for England and Wales with the Charity number 1166833. As Little Amal goes on her journey, funds will be raised to support refugee causes, as well as raising awareness of refugees and the challenges they face, working closely with our humanitarian partners.  More details will be announced.

Next to all the heartfelt efforts of our local partners, we are extremely grateful to the Turkish Ministry of Culture and Tourism, Directorate General of Cinema, Governorships and Provincial Directorates of Culture and Tourism at the cities along the route. It is not possible to carry out such a project which is based on a very important documentary film production without their permission and support. Municipalities are our natural partners when it comes to interacting with the inhabitants of the cities.

This project will contribute to the developing dialogue between diverse communities in our society. Integration of refugees in the social and cultural life can only enrich the multicultural character of our land. Increasing accessibility of refugee children in education is the most crucial step to be taken. We sincerely hope that Little Amal will create that awareness through the artistic and cultural activities she will be welcomed throughout the route in Turkey. We are ready to confirm the traditional hospitality of Anatolian people to the entire world once again. 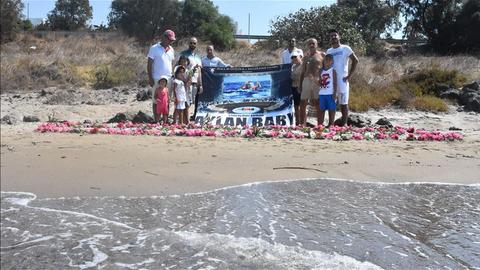 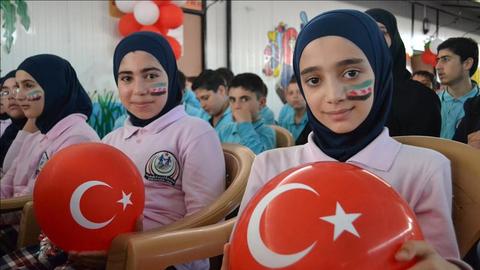 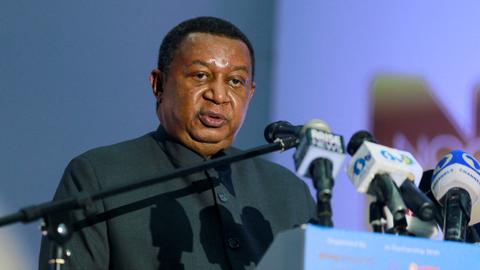