The coronavirus pandemic has killed over 996,000 people and infected more than 32.9 million worldwide. Here are the latest coronavirus-related developments for September 26:

The total number of cases now stands at 527,446, Health Ministry data showed. The number of people who have died from the infection increased by 39 to 31,700.

Turkey reported 1,511 new coronavirus cases and 1,232 recoveries over the past 24 hours.

The country's overall case count now stands at 312,966 to date, with 274,514 total recoveries, according to Health Ministry data.

The death toll from the virus in Turkey reached 7,929, with 71 new fatalities.

The figures also showed that the number of patients in critical condition now stands at 1,615, while 6.6 percent suffer from pneumonia.

Authorities are closing street kiosks and mini markets from midnight to 5 am in the Greek capital and other areas in a bid to slow the spread of the coronavirus.

Such vendors are a popular after-hours source of alcohol for young people, many of whom have been congregating in squares without adhering to social distancing or wearing masks. The closures are set to begin at midnight on Saturday.

Greek health officials reported 315 new confirmed cases of Covid-19 and 7 more deaths. That raised the country's total case count to 17,228 since the pandemic began and its death toll to 376.

There are 68 people on ventilators, but many more are in intensive care units and the government is concerned about the capacity of the public health system if trends continue.

Alaska health officials say the state's Covid-19 death toll has risen by six, which is the biggest one-day jump for the state since the pandemic began.

The state also reported 128 new confirmed cases of Covid-19, which was the most recent available data.

The deaths include three men in their 60s, one man in his 50s and two men in their 70s. The state previously reported a high of four deaths, on August 25.

Alaska has had 8,202 confirmed cases of Covid-19 and 52 deaths from the disease since the pandemic started.

The Italian government has rejected a proposal to allow more spectators to watch sporting events, including the Serie A soccer league.

Italy's regions had suggested that the current limit of 1,000 spectators be increased to 25 percent of stadium capacity, which would have allowed nearly 20,000 fans at bigger stadiums such as the San Siro in Milan and Rome's Stadio Olimpico.

However, the government's technical-scientific committee (CTS) said that such a move would be premature due to the Covid-19 situation.

The CTS added that it may reconsider its decision once it has more information about the impact on the Covid-19 situation of the re-opening of schools earlier this month.

The state also reported 2,795 new confirmed cases of Covid-19, bringing its total since the pandemic began to just under 699,000. Overall, 14,190 people have died in Florida during the pandemic, including 168 non-residents.

There were 2,109 people hospitalised with Covid-19 as of Saturday morning, or 26 fewer than the day before.

Florida has had the third-most confirmed Covid-19 cases of any state, trailing only two larger states, California and Texas.

On Friday, DeSantis issued an order allowing restaurants throughout the state to immediately reopen at full capacity. The order prevents cities and counties from ordering them to close or to operate at less than half-capacity unless they can justify a closure for economic or health reasons.

Police moved into London’s Trafalgar Square afternoon to break up a protest against restrictions imposed to slow the spread of Covid-19 after demonstrators ignored warnings to observe social distancing rules.

Thousands of people, most of whom weren’t wearing masks, crowded into the iconic square to hear speakers who criticised government-imposed restrictions as an overreaction to the pandemic that needlessly restricted the public’s human rights and freedom of expression.

The Metropolitan Police Service had said before the event that officers would first encourage protesters to follow social distancing rules, but that they would take enforcement action if demonstrators failed to comply.

As the event began, officers were visible around the perimeter of the square, but they didn’t move into the crowd for about three hours.

“Crowds in Trafalgar Square have not complied with the conditions of their risk assessment and are putting people in danger of transmitting the virus,'' police said in a statement, adding that, “We are now asking those in Trafalgar Square to leave.''

The demonstration comes as Parliament prepares to review Covid-19 legislation and the government imposes new restrictions to control the disease.

The United Kingdom recorded 6,042 new cases of Covid-19, official figures showed, and 34 new deaths among those who tested positive for the virus within 28 days.

“We are forced to intensify regulations and supervisions, starting in the capital Tehran," Rouhani said in televised remarks.

He said government-run coronavirus task-force offices around the country would make recommendations on restrictions and whether to impose one-week lockdowns.

“If provincial governors deem it necessary, these centres will have to close for a week,” Rouhani said.

Spain's health minister urged authorities in Madrid to tighten restrictions in the coronavirus hotspot, warning that the capital's residents and surrounding regions were at "serious risk" without tougher curbs.

Madrid extended a partial lockdown on Friday in several dozen districts with high infection rates, rejecting national government recommendations for a city-wide lockdown as cases continue to surge in the capital.

"Madrid is in a situation of serious risk and it's time to act with determination," Health Minister Salvador Illa told a news conference.

"There is a serious risk for inhabitants, for the neighbouring regions," he said, calling on the capital's regional authorities to "put the health of citizens first".

Spain's tally of confirmed coronavirus cases rose by 12,272 on Friday from the previous day to 716,481, the highest number in Western Europe. More than 31,000 people have died from Covid-19.

The country of 5.5 million has recorded one of Europe's lowest death tolls from the novel coronavirus at 44 as of Saturday.

In total, Slovakia has recorded 8,600 infections, with an acceleration in recent weeks.

On Friday, the country of 38 million reported 1,587 new infections.

The ministry said that Poland will likely announce new restrictions as it expects high daily numbers in new coronavirus cases to continue.

Poland was at first successful in containing the outbreak, but cases began rising in the summer as more people travelled for holidays and attended weddings.

The health minister in Australia's Victoria state, Jenny Mikakos has resigned in the fallout from an inquiry into why security guards were used instead of police or the military at quarantine hotels. Lapses in security at the hotels were given as the major reason for a second wave of Covid-19 cases.

Victoria reported just one more coronavirus death as Melbourne’s new case average continued to fall. The death took the state toll to 782 and the national figure to 870. There were 12 new cases, while Melbourne’s 14-day average fell again on Saturday to 23.6.

Melburnians, who have been in lockdown for more than a month, are waiting for the easing of restrictions on Monday.

Russia's daily tally of new cases hit its highest level since June 22 at 7,523, bringing its total to 1,143,571, the country's coronavirus task force reported.

There were 169 deaths to take Russia's official coronavirus death toll to 20,225.

The Southeast Asian country also reported 90 new deaths from the virus, taking the total number of fatalities to 10,308.

199,403 have recovered from the novel coronavirus as of Saturday.

Ukraine has registered a record 3,833 cases of new virus in the past 24 hours, up from a previous record of 3,584 new cases reported on September 17.

The daily tally of coronavirus infections spiked in September above 3,000 prompting the government to extend lockdown measures until the end of October.

The country's national security council said a total of 195,504 cases were registered in Ukraine as of September 26, with 3,903 deaths and 86,873 people recovering.

South Korea's domestic cases fall to the lowest in 44 days

South Korea has reported 49 new domestic virus cases, the smallest number of locally transmitted cases in 44 days in a sign that tighter social distancing rules are paying off.

Health officials reiterated calls on people to refrain from visiting their hometowns and meeting with relatives during the Chuseok holiday, worrying that the holiday, which runs from September 30 to October 2, may lead to another spike.

The Korea Disease Control and Prevention Agency reported 61 new virus cases as of midnight Thursday, including 49 local cases, mostly in Seoul and nearby Gyeonggi Province.

The reported death toll rose by 9 to 9,452, the  data from the Robert Koch Institute for infectious diseases showed.

The National Health Commission said in a statement that all the new cases were imported infections involving travellers from abroad. The number of new asymptomatic cases, which China does not classify as confirmed Covid-19 patients, rose to 30 from 18 a day earlier.

The total number of confirmed virus infections in mainland China now stands at 85,337, while the number of total deaths remained unchanged at 4,634.

The World Health Organization (WHO) supported China's campaign to vaccinate certain people against coronavirus in July while clinical trials were still underway, a Chinese health official said, although some experts have expressed concern about the move.

China launched its emergency programme in July, having communicated with the WHO in late June, according to Zheng Zhongwei, a National Health Commission official.

Hundreds of thousands of essential workers and other limited high risk groups have been given the vaccine, even though its efficacy and safety haven't been fully established as Phase 3 clinical trials are incomplete, raising concerns among experts.

"After the approval, on June 29, we made a communication with the relevant representatives of the WHO office in China, and obtained support and understanding from WHO," Zheng said.

The world's nations must do all they can to understand the origins of Covid-19, Australia's Prime Minister Scott Morrison said, in comments that could worsen tensions with China.

Addressing the United Nations General Assembly, Morrison said an inquiry into the roots of the virus would minimise the threat of another global pandemic.

"This virus has inflicted a calamity on our world and its peoples. We must do all we can to understand what happened for no other purpose than to prevent it from happening again," Morrison said via a teleconference video link.

"There is a clear mandate to identify the zoonotic source of the Covid-19 virus and how it was transmitted to humans."

Mexico's confirmed coronavirus cases up to 720,858

Mexico's confirmed virus cases rose to 720,858, according to updated data from the health ministry, along with a reported death toll of 75,844.

Authorities reported 5,401 new cases along with 405 deaths, but the true figures are likely significantly higher due to little testing.

Brazil recorded 31,911 additional confirmed cases of the virus in the past 24 hours, and 729 deaths from the disease, the Health Ministry said.

Brazil has registered more than 4.6 million cases of the virus since the pandemic began, while the official death toll has risen to 140,537, according to ministry data. 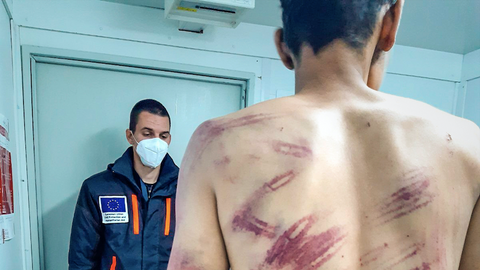 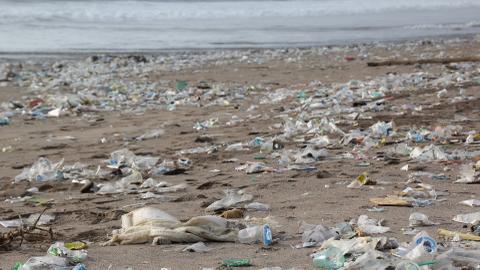 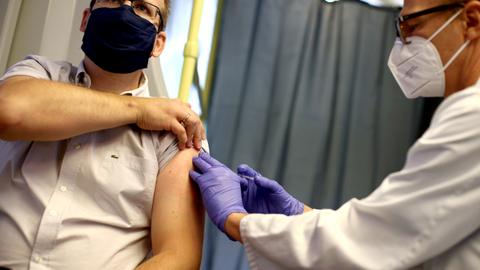