Canadian Prime Minister Justin Trudeau has said he is “deeply disappointed” the Roman Catholic Church has not offered a formal apology and made amends for its role in Canada’s former system of church-run Indigenous boarding schools after the remains of 215 children were located at what was once the country’s largest such institution.

Trudeau called on the church to “step up” and take responsibility after years of silence.

“As a Catholic, I am deeply disappointed by the position that the Catholic Church has taken now and over the past many years,” Trudeau said.

“When I went to the Vatican a number of years ago I directly asked His Holiness, Pope Francis, to move forward on apologising, on asking for forgiveness, on restitution, on making these records available, and we’re still seeing resistance from the church, possibly from the church in Canada."

But Trudeau said the church is “silent” and “not stepping up.”

“It’s not showing the leadership that quite frankly is supposed to be at the core of our faith, of forgiveness, of responsibility, of acknowledging truth,” Trudeau said.

He said the government has “tools” it can use if the church itself doesn't release documents.

From tchruchhe 19th century until the 1970s, more than 150,000 First Nations children in Canada were forced to attend state-funded Christian schools as an effort to assimilate them into Canadian society. The Canadian government has admitted that physical and sexual abuse was rampant in the schools, with students beaten for speaking their native languages.

Trudeau said Catholics across the country should reach out to bishops and cardinals on this issue.

“We expect the church to step up and take responsibility for its role in this and be there to help with the grieving and healing including with records,” Trudeau said.

The Vatican spokesman did not respond to requests for comment this week about demands for a formal apology from the pope.

Former Pope Benedict met with a group of former students and victims in 2009 and told them of his “personal anguish” over their suffering, a meeting that was termed an expression of sadness and solidarity.

The Canadian Conference of Catholic Bishops announced in 2018 that the pope could not personally apologise for residential schools, though he has not shied away from recognising injustices faced by Indigenous people around the world.

The archbishop of Vancouver, however, apologised on Wednesday.

The United, Presbyterian and Anglican churches already have apologised for their roles in the abuse, as has the Canadian government, which has offered compensation.

Chief Rosanne Casimir of the Tk’emlups te Secwepemc First Nation in British Columbia has said the remains of 215 children were confirmed last month at the school in Kamloops, British Columbia, with the help of ground-penetrating radar.

So far none has been excavated.

Casimir said her nation wants a public apology from the Catholic Church. She adds that the Missionary Oblates of Mary Immaculate, which ran almost half of Canada’s residential schools, has yet to release any records about the school.

Casimir said the nation’s findings are so far preliminary and she expects a final report, including technical details, will be ready by the end of the month.

“This is not a mass grave site but rather unmarked burial sites that are to our knowledge also undocumented,” she said.

The Kamloops Indian Residential School was Canada’s largest such facility and was operated by the Roman Catholic Church between 1890 and 1969. The federal government then ran it as a day school until 1978, when it was closed. Nearly three-quarters of the 130 schools were run by Catholic missionary congregations.

A papal apology was one of the 94 recommendations made by a government-established Truth and Reconciliation Commission, and Trudeau asked the pope to consider such a gesture during his visit to the Vatican in 2017.

Nelson Wiseman, a political science professor at the University of Toronto, said that in his rebuke, Trudeau didn't point out that residential schools were created and funded by the government.

“The Catholic Church ran most of the schools but devoted few of its own resources to them beyond personnel paid for by the government,” Wiseman said. 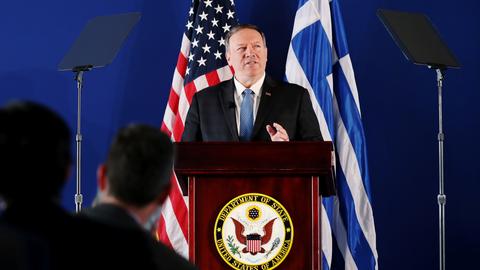