The bike path in Hatay province had been in the works for five decades, according to Hatay governor Rahmi Dogan. Today, this landmark connects the towns of Samandag and Arsuz.

Hatay’s governor, Rahmi Dogan, says the Samandag-Arsuz road connecting the two Turkish towns has been in the works for fifty years. He adds that all governors since 1978 have unsuccessfully tried to build it - until now.

Dogan, 51, says it has decreased the travel time between Samandag and Arsuz from two and a half hours to only 40 minutes by car. The bike path that snakes alongside the main road is twenty six kilometres each way, and is the longest continuous one in the world.

“Other countries may have more bike paths, sure,” Dogan says, “but this path is uninterrupted, stretching all the way along the mountains with a view of the Mediterranean, a unique experience.”

There is, for example, EuroVelo 12 (EV12), the North Sea Cycle Route, that is longer than 7,000 kilometres. But it is among multiple countries in Europe and is not unbroken.

“Just adding the bicycle path increased our costs by 20 percent,” Dogan notes, especially since to realise such a project, 74 culverts needed to be built under the road to allow water to flow underneath it. They have also had to build two bridges - respectively 30 metres and 60 metres long - over creeks to avoid interruption of the bike path.

“But we did it,” Dogan tells TRT World, “because it’s not enough just to build roads. We must build bicycle paths as well to observe the beauty of nature as we travel.”

The bike path was supposed to have been opened on October 29, 2019 on Turkey’s Republic Day holiday, but Dogan and his crew decided to witness how wintery conditions affected the path before opening it to the public. It was postponed to 2020, first welcoming cyclists on July 12, 2020.

Enthusiastic locals came to see both in action once opened. The land, according to Dogan, belongs to Turkey’s Ministry of Agriculture and Forestry.

“The governorate of Hatay has determined five locations to build rest areas on,” Dogan continues. “These will have restaurants, lavatory facilities, camping areas and more.”

Rahmi Dogan also heralds the construction of a marina in Madenli, 10 kilometres from Arsuz on the way to Iskenderun, that will have the capacity to serve 108 boats. It will be opened this month, he says, alongside a water sports centre.

There will also be sea bus services from Madenli to the Turkish Republic of Northern Cyprus, Lebanon, and Turkey’s Mersin ports.

Among additions to Dogan’s projects is a donation of 50 bicycles from Turkey's Green Crescent. Dogan says if there is enough interest, the governorate would look into increasing the number of bicycles.

Dogan says he has spoken with the Minister of Youth and Sports, Mehmet Muharrem Kasapoglu, and that Kasapoglu has shown an interest in visiting Hatay to view the city’s new developments.

According to Dogan, there will be international bicycle races on the Samandag-Arsuz bicycle path as well as international sailing competitions at the marina in October 2021.

Dogan notes, “People have been yearning for this [bicycle roads] and when there is infrastructure in place, they will happily use bicycles.” 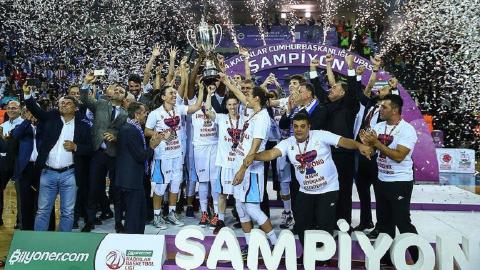