A study finds that some respondents are willing to pay for misshapen carrots – usually discarded or sold at a discount – as much as picture perfect carrots, when given the right messages.

One third of all food produced in the world is “lost or wasted” every year, according to the Food and Agriculture Organization of the United Nations 2011 data.

Food loss happens before food reaches the customer or the retailer.

The Driven to Waste report, prepared by the WWF and the UK retailer Tesco, estimates the total amount of food lost on farms to be a “staggering 1.2 billion tonnes,” which is the weight of 10 million blue whales. According to the report, this is “significantly more than the 931 million tonnes wasted from retail, food service and households, and enough to feed the world’s 870 million undernourished four times over.”

Food waste, on the other hand, “refers to the decrease in the quantity or quality of food resulting from decisions and actions by retailers, food service providers and consumers.”

According to the European Food Information Council (EUFIC), “If food waste were a country, it would be the third largest emitting country in the world. In other words: food waste emits more greenhouse gases than all single countries in the world except China and the US. “

One of the reasons that food waste occurs is that some fruit and vegetables are deemed too ugly or misshapen to be consumed. Yet these foods are just as nutritional and edible and can be used to feed families.

There are companies such as Imperfect Foods, Spud Canada, and Perfectly Imperfect Produce that have decided to take on food waste. According to Spud, “Imperfect produce are the misshapen, scarred or slightly bruised fruits and veggies that are thrown away by farmers and grocery stores because they are not deemed as perfect for sale.”

Spud claims over 30 percent of fruits and vegetables in North America are rejected by supermarkets because “they aren’t attractive enough.” Spud adds that “[imperfect produce] tastes exactly the same; is just as healthy; and is cheaper to buy.”

Perfectly Imperfect Produce calls what it does a “rescue”: “We source imperfect produce from local farms and wholesalers. These are items that are unique in size, shape or color as well as surplus crops.” It ships weekly packages to its subscribers.

A study published in the January 2022 issue of the Journal of Retailing and Consumer Services focuses on ugly foods, noting that they “meet nutritional and safety benchmarks but deviate from cosmetic and size standards.” The difficulty of marketing ugly foods, the authors write, “frustrates field-level rescue efforts.”

The researchers’ online marketing study suggests that they have hit a sweet spot that “significantly improve[s] willingness to pay” by highlighting two key factors: noting that purchasing ugly food reduces food waste; and explaining ugly food is “natural and authentic.”

According to a news release by the Ohio State University “Either message alone was not effective at convincing consumers to buy misfit carrots.”

Yet consumers were willing to buy a mixed-bunch of carrots, with ugly carrots at a maximum of 40 percent and better looking carrots at 60 percent, at a slight discount.

“Any time you codify that cosmetically imperfect produce is somehow lesser, you’re stuck selling it for less and therefore you undermine the entire value chain,” says senior study author Brian E. Roe, professor in the Department of Agricultural, Environmental and Development Economics at The Ohio State University.

The study authors were looking to maximise the selling price of carrots, even when they were misshapen, and they ran into a subset of people who were willing to pay for ‘ugly food’ as much as perfect specimens, if not more.

“We see that once you promote it as being more natural and as reducing wasted food, the discount is less than it otherwise would be – but there is also a cluster of folks who are actually willing to pay as much or more,” Roe adds, “because they value reducing food waste and they value the fact that it’s got just as much nutrition as standard produce.”

The study consisted of surveying 1,300 US residents who shopped and cooked for their home. They were offered either one or a combination of two marketing messages: “ugly carrots’ nutritional quality equals that of blemish-free produce, and there are social costs linked to throwing away food with cosmetic flaws.”

Responders consistently disliked ugly carrots, but when they were presented with a hypothetical choice at a farmers market as opposed to a grocery store, their viewpoints changed. They were more willing to accept imperfect produce.

“If you’re at a farmers market, you’re thinking more holistically, you’re not thinking about cosmetic perfection. You expect things to be more ‘real,’” Roe says. “So I think then people realize this is what we might expect if we’re getting produce directly from a farmer – there’s more room for imperfection because it’s probably not interpreted as imperfection. It’s interpreted as naturalness.”

The scientists who prepared the survey went through the responses in order to find “the tipping point in consumer willingness to pay” that could make harvesting ugly carrots profitable. According to Roe, the US Department of Agriculture (USDA) also determines the percentage of non-standard produce that can be sent to market – ”a limit that may need to be revisited.”

“We hope these findings will change the viewpoint of the industry. If you want to move into the ugly produce space, you probably need to rebrand it rather than locking in a discount and saying, ‘This is ugly food that should be worth less, so let’s just lock it in as being an inferior good from the get-go,” he says. “There hasn’t been a lot of rethinking of standards in light of food waste, so that would be one policy lever that could be re-examined to deal with food waste in the modern era.” 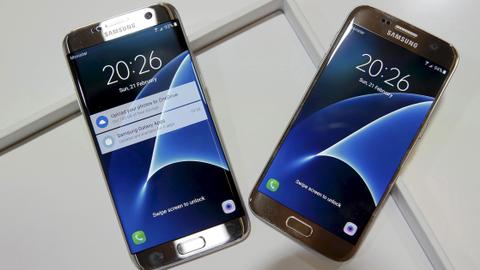