In Europe, there were more than 21,000 cases of measles and 35 deaths last year, a fourfold increase in cases compared to the previous year.

While parts of the world have all but banished measles, Europe is still getting hit with large outbreaks where some people don't get vaccinated.

Measles is still a bigger problem across parts of Africa and Asia, where outbreaks can be particularly devastating in malnourished children or those with other illnesses like tuberculosis or AIDS. Most of the 89,000 measles deaths in the world each year are in developing countries.

In Europe, there were more than 21,000 cases of measles and 35 deaths last year, a fourfold increase in cases compared to the previous year. With more than 5,000 cases each, Romania and Italy had the biggest epidemics — and the drive to vaccinate children against measles has even become a leading issue in Italy's general election on Sunday.

Measles is among the world's most contagious diseases. The virus is spread in the air through coughing or sneezing.

It can be prevented with a vaccine that's been in use since the 1960s. Health officials say that vaccination rates of at least 95 percent are needed to prevent epidemics.

In some regions of Italy, the rate is about 85 percent, one of the lowest in Europe. Epidemics have also emerged in countries including Ukraine, Greece and Romania, where officials have noted declines in overall vaccination coverage, problems with the vaccine supply and poor disease surveillance systems.

Vaccine scepticism remains high in many parts of Europe after past immunisation problems.

In France, a national hepatitis B vaccination campaign that was suspended in 1998 amid concerns of bad side effects led to widespread wariness of immunisations.

And during the 2009 swine flu pandemic, numerous European critics alleged that the push for swine flu vaccinations was the result of drugmakers' undue influence on the World Health Organization.

A 2016 global survey of vaccine confidence led by researchers at the London School of Hygiene and Tropical Medicine found Europe to be the region that was least confident in vaccine safety.

In 1998, British researcher Dr. Andrew Wakefield published a paper in the medical journal Lancet suggesting a link between the combo measles, mumps and rubella, or MMR, vaccine and autism.

No other studies have found any connection. The paper was later retracted, 10 of its co-authors renounced its conclusions and Wakefield was stripped of his license to practice medicine in the UK after officials found him guilty of "serious professional misconduct."

After the paper was published, however, vaccination rates dropped in Britain, the US and elsewhere, leading to years of measles epidemics across Europe. In the UK, at least a dozen medical associations including the Royal College of Physicians have issued statements verifying the safety of the MMR vaccine.

A full dose of the MMR vaccine, a standard component of routine childhood immunization in many countries, is believed to be about 97 percent effective at preventing measles.

Measles typically begins with a high fever and also causes a rash on the face and neck. While most people who get measles recover, it's one of the leading causes of death among young children, according to the WHO.

Serious complications, including blindness and a swelling of the brain, are more common in young children and adults over age 30. Through vaccination programs, measles has been eliminated in the Americas and many other countries have pledged to stop the disease's spread by 2020.

One strategy has been to make immunization against certain diseases legally mandatory and not allow children to attend school unless they can show proof of vaccination.

Similar laws exist elsewhere: after an outbreak of measles at Disneyland in California, the US state changed its laws to make it more difficult for parents to have their children opt out of being vaccinated. That ultimately led to higher rates of vaccination.

High rates are needed to induce "herd immunity," to help protect vulnerable people like infants too young to be vaccinated and people who can't be vaccinated for medical reasons, like those with weak immune systems. 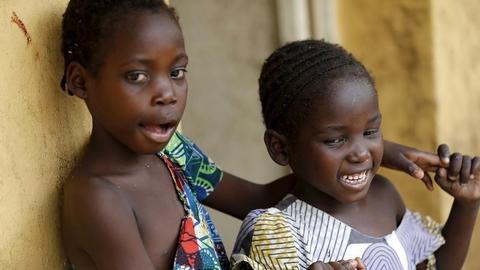