A growing wave of labour unions in the US are coming out in support of the Palestinian struggle against Israeli apartheid.

For the first time a union of public school teachers in the United States has endorsed the Palestinian-led Boycott, Divest and Sanctions (BDS) movement against Israel.

The United Educators of San Francisco (UESF), which represents 6,200 school teachers and staff, adopted a “Resolution in Solidarity with the Palestinian People” by a majority vote on May 19.

“Whereas, as public school educators in the United States of America, we have a special responsibility to stand in solidarity with the Palestinian people because of the 3.8 billion dollars annually that the US government gives to Israel, thus directly using our tax dollars to fund apartheid and war crimes,” the resolution said.

“Therefore, be it further resolved, that UESF endorse the international campaign for boycotts, divestment, and sanctions against apartheid in Israel,” it added in its closing remarks.

UESF is affiliated with the AFL-CIO, America’s largest federation of unions.

A few other unions such as the United Electrical, Radion, and Machine Workers have endorsed BDS in the past. But UESF is the first to do so since 2016.

In recent weeks several labour unions including employees of the tech giant Google have voiced support for Palestinians and condemned Israel’s military campaign on Gaza in which 254 people including 66 children were killed.

“The significant thing about this (trend) is that many more unions are coming out in support of Palestine now then in any time before,” Jeff Schuhrke, a labour historian at the University of Illinois Chicago, told TRT World.

Historically, the US labour movement has sided with the Israeli state. Attitudes started to shift when labour unions began talking about the plight of the Palesitnian people and the possibility of backing BDS after the 2014 Israeli campaign on Gaza. But that momentum quickly fizzled out, he said.

“And now in the past couple of weeks there are more union locals speaking out and it’s happening at a pace that we haven’t seen before.”

Among the organisations that have come forward to criticise Israeli action was The NewsGuild, which is the largest representative body of journalists with 24,000 members from the US and Canada.

“The intentional bombing of offices housing the Associated Press and Al Jazeera was a blatant attack on press freedom that was clearly intended to prevent independent reporting on the government’s actions. It violates international law,” the Guild said in a statement after Israel destroyed a building that housed media offices on May 15.

UNITE HERE Local 23, which has 25,000 members who work in the hospitality industry, tweeted in support of “Palestinians in their struggle against oppression and injustice.”

The rank and file members of the American Federation of Teachers (AFT) have started a petition that condemns the forceful eviction of Palestinian families from their homes in East Jerusalem.

They are also pressing the national leadership of the union to issue a statement that highlights the continued oppression of the Palestinians.

The evictions of Palestinian families from Sheikh Jarrah, a neighbourhood in occupied East Jerusalem became the catalyst for protests that escalted into the 11-day conflict between Israel and Hamas fighters in Gaza.

Schuhrke said it bodes well for the Palestinian struggle to have American teachers on their side as educators have been at the forefront of the labour movement in recent years with their strikes and demand for public school funding.

But the top leadership of the unions especially at the AFL-CIO (The American Federation of Labour and Congress of Industrial Organisations) faces criticism as it has remained silent over Israeli atrocities.

Randi Weingarten, the President of American Federation of Teachers (AFT), is a staunch opponent of the BDS movement. Under Weingarten’s leadership, the AFT has invested $200,000 in Israeli government bonds.

Nevertheless, attitudes are shifting as more American workers are seeing through the Israeli narrative, which whitewashes Israeli aparthied and reduces the atrocities as a result of a conflict with Hamas, labour leaders say.

“Americans have taken to streets in numbers that I have never seen in my lifetime doing this work,” said Yasemin Zahra, chair of Labor Against Racism and War (LARW), a network of unions that opposes US military intervention abroad.

“And if we stay organised and if we don’t forget about Palestine, this long history of Zionism in the top ranks of US labor can be changed. If you look at the US labour history, the change comes from the rank and file,” she told TRT World.

Pro-Israel American organisations such as the Jewish Council of Public Affairs, which tried to influence the statement of teachers union from San Francisco - the UESF - are particularly concerned about the BDS impact.

BDS was launched in 2005 by Palestinian civil organisations to mobilise the international community to stand against Israel’s systematic discimination against Palestinians just as was done to counter Apartheid South Africa in the 1970s and 80s.

Over the years, Israel has demolished thousands of Palestinian homes in the occupied West Bank and East Jerusalem to make way for Jewish settlers - illegal according to international law.

More than 60 laws passed by the Knesset effectively discriminate against Palestinians. For instance the Nation State Law, introduced in 2018, says that “the right to exercise national self-determination in the State of Israel is unique to the Jewish people.”

The West Bank, which is home to 2.6 million Palestinians, has been under Israeli military’s control since 1967. Palestinians live under an unending blockade, which means they need permits to travel in the region. They are tried under military courts, which almost always send them to prison.

But the winds are shifting in favour of the Palestinians - albeit slowly.

Earlier this week, a federal court in the US state of Georgia struck down an anti-BDS law, becoming the fifth state to do so.

Schuhrke, the labour historian, said that a lot of young jews in the US are rejecting Zionism and don’t want to be associated with Israel’s actions.

One example of this is the internal letter that 250 Jewish employees of Google wrote to CEO Sundar Pichai asking him to put out a statement that recognises the harm that Israel has done to the Palestinians.

Many American liberals and progressives who are part of the Democratic Party and support labor unions have traditionally avoided criticising Israel, said Schuhrke.

As more labour unions put their weight behind the Palestinian cause, it is sure to influence the thinking of liberals and the Democrats, he said.

“In that sense it matters in the larger political sphere that more liberals are seeing the situation in a different light.” 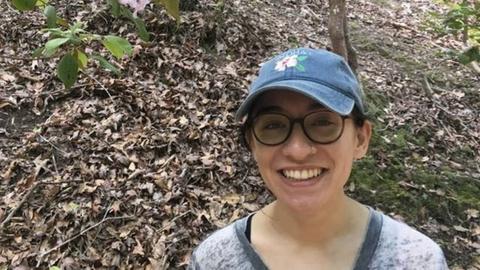