Can Russia use crypto to evade sanctions?

Crypto has come under scrutiny since Russia’s invasion of Ukraine for its potential as a conduit for sanctioned Russians seeking a place to park assets.

In response to Russia’s invasion of Ukraine last week, a transnational effort aimed at isolating Moscow from the global financial system was unleashed in sweeping fashion.

A barrage of punitive sanctions included the US blocking Russia’s central bank from transacting in dollars and limiting the country’s access to $630 billion of its foreign reserves. Switzerland has frozen Russian financial assets, and seven Russian banks have been cut off from SWIFT, the messaging network that coordinates global interbank transfers.

Engineering a wide-ranging suite of sanctions is one thing, ensuring compliance is another. As Moscow faces financial meltdown, speculation as to whether Russian individuals and businesses will turn to cryptocurrencies to work around sanctions has grown, with pressure mounting on crypto exchanges to address violation concerns.

Binance, the world’s largest cryptocurrency exchange, will be “taking the steps necessary to ensure we take action against those that have had sanctions levied against them,” a Binance spokesperson told TRT World.

However, the exchange will stop short of a blanket ban on Russian users – a move that would go against the spirit of crypto, which has long been championed as a means to circumvent censorship that banks and governments can inflict. “We are not going to unilaterally freeze millions of innocent users’ accounts,” the Binance spokesperson said, adding they are monitoring current sanctions and will abide by any issued in the future.

Earlier this week, Binance announced a $10 million crypto donation to intergovernmental organisations and nonprofits in Ukraine.

In an interview on Wednesday, Binance CEO Changpeng ‘CZ’ Zhao said the crypto industry follows the “same rules” as banks and that Russians seeking ways around sanctions is not a “crypto-specific issue”.

“Facebook hasn’t banned Russian users. Google has not blocked off Russia. The US hasn’t done that,” Zhao told Bloomberg TV. “Also, on an ethical point of view, many Russians don’t support the war, so we should separate the politicians from the normal people.”

In a similar vein, major crypto exchanges and companies like Coinbase, Kraken, Gemini and eToro all confirmed that they will abide by newly implemented sanctions and prevent evasion on their platforms. Like Binance, Coinbase and Kraken have rebuffed calls to freeze assets of Russian users who are not targeted by sanctions.

Meanwhile, trading volumes between Bitcoin and the Russian rouble have hit a nine-month high, according to data from cryptocurrency research firm Kaiko, suggesting Russians are possibly moving their money into crypto as the rouble plunges to record lows.

While the onset of the Russian offensive in Ukraine triggered a sharp dip in the market, crypto has rallied over the past couple days. Bitcoin’s value went up as much as 20 percent, a surge many crypto enthusiasts are attributing to its various use cases which are playing out in the Russia-Ukraine conflict.

Blockchain as a ‘credible deterrent’

US treasury officials however are not very worried about crypto undermining efforts to restrict the Kremlin’s access to capital.

Given the substantial investment portfolios of individuals and institutions being sanctioned, laundering large sums of cash through a range of exchanges and digital wallets is not only expensive but time-consuming, not to mention extremely conspicuous.

“We have never had more visibility of financial flows and money laundering that we do today in cryptocurrency,” said Ari Redbord, a former US Treasury official who now heads legal and government affairs for the blockchain intelligence company TRM Labs, adding that “it is hard to offramp crypto in large amounts.”

Furthermore, crypto assets are traded on publicly visible blockchains that make it easier for law enforcement or third-party agencies to track the flow of digital payments.

“The transparent, permanent and immutable nature of public blockchains means that as we gather more information over time about the crypto ecosystem and its use by sanctioned entities, those sanctions-evading activities will be able to be detected and investigated in the months and years ahead,” Caroline Malcolm, Head of Public Policy at blockchain analytics firm Chainalysis, told TRT World.

Malcolm added that crypto is in fact “more streamlined” than any tool capable of disrupting Russia’s evasion of financial networks and can “ensure that sanctions remain a credible deterrent.”

While sanctioning governments cannot know who the owner of the address sending the crypto is, they can track the flow volume. Once a suspicious address is flagged, those funds can be monitored.

Nevertheless, the US Treasury Department is aware that digital currencies and alternative payment platforms can undercut the effectiveness of sanctions programs, having identified crypto as a major threat in a report last year.

According to Chainalysis, 74 percent of ransomware revenue in 2021 – over $400 million worth of crypto – went to addresses “highly likely” to be affiliated with Russia.

Other authoritarian states have increasingly turned to crypto to get around sanctions too.

North Korea has been mitigating international sanctions by funding its missile programme through stolen crypto, with hackers swiping $400 million worth of digital assets in 2021 alone. Iran’s bitcoin mining industry has helped it skirt sanctions that impede Tehran from financial markets, as miners are paid directly in Bitcoin which can then be used to pay for imports.

But Russia is a different case altogether, given the scale of economic warfare imposed upon it and how deeply entrenched it is within the international financial system: More than 80 percent of its daily foreign exchange transactions and over half of its trade are conducted in dollars.

Another subtext is that sanctions might have the unintended effect of pushing Moscow toward building alternatives to the US-led financial system that would diminish Washington’s dollar hegemony.

In fact, Russia has reportedly been developing its own alternative to SWIFT, which former Prime Minister Dmitry Medvedev claims is functional and could replace SWIFT access. If true, Russia could stand a chance at becoming the hub for a parallel global banking network independent of Western suzerainty.

“We’ve never had a group of nations in essence confiscate real estate from Russian tycoons, taking a country’s money,” said Mike Novogratz, CEO and founder of crypto platform Galaxy Digital, speaking to Bloomberg on the impact of crippling sanctions.

“That’s why Bitcoin was created, because people don’t trust governments. This is a big deal – in a lot of ways, this is starting the acceleration of de-dollarization of the world.”

While Russia using crypto to bypass sanctions has made the most headlines, other factors suggest that domestic crypto adoption is unlikely to gain much traction.

“Bitcoin is anti-authoritarian and will be bad for any ruler seeking total control over the economy,” he stressed.

As it stands, the Bank of Russia has advised a ban on cryptocurrencies and is pushing ahead with the launch of its central bank digital currency, the digital rouble, to serve as a hedge against sanctions. In a policy split, Russia’s Ministry of Finance advocates exercising control over digital assets, and a crypto regulation bill was introduced to parliament last week.

While Gladstein accepts the possibility that Moscow turns to Bitcoin, he believes it’s highly unlikely that they’d ditch the rouble. “Putin may not like the dollar hegemonic system, but he loves the ability to print his own money. Bitcoin would take that away from him and drain value into a system that he cannot control.”

“While Putin may try to use it to get around a particular sanction, people worldwide are sending millions of dollars in BTC [Bitcoin] to Ukrainians to support their independence efforts,” he added.

Since Russia’s invasion of Ukraine began last Wednesday, more than $19 million in crypto has been donated to Ukrainian military efforts and volunteer groups in the country. 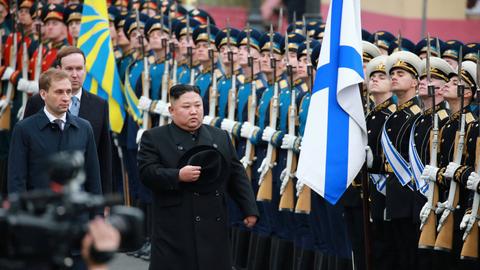