Sri Lankan President Gotabaya Rajapaksa, and his elder brother, Prime Minister Mahinda, finally possess something for which they have always longed  - absolute power.

Their Sri Lanka Podujana Peramuna (SLPP) party won the parliamentary election on August 5 with a near supermajority. It now commands 145 seats in the 225-member parliament.

A two-thirds majority, which Gotabaya can easily obtain by aligning with any of the smaller parties, will help the pair fulfill an election pledge to change the constitution.

What was it all for?

The Rajapaksa clan had long called for removing the Nineteen Amendment, which instituted a two-term limit on the president, strengthened the role of the prime minister’s office, and government institutions such as those overseeing human rights.

The victory of the SLPP reflects the frustrations of many Sri Lankans over the performance of the previous government, analysts say.

The Rajapaksa brothers have swept to power by appealing to Sinhalese Buddhists, who make up 70 percent of Sri Lanka’s 22 million population.

Both Gotabaya and Mahinda are known as hard taskmasters when it comes to dealing with defence and security issues. Their victory, however, has threatened to further alienate ethnic Tamil and Muslim minorities.

Gotabaya won the presidential race late last year on the back of the widely held perception that the previous government of Ranil Wickremesinghe had not done enough to stop the terrorist attacks that occurred in April.

Those attacks, in which 200 people were killed, have been blamed on the National Thowheed Jamath.

It was during the ten-year presidency of Mahinda between 2005 and 2015, that the Sri Lankan military scored a decisive victory against the Liberation Tigers of Tamil Eelam (LTTE), bringing an end to decades worth of civil war.

Gotabaya was his powerful defence secretary during the final years of war.

With his own brother in the prime minister’s office, Gotabaya would not find it difficult firming his grip on power. His supporters say that such a move is needed to allow the leader to make difficult decisions, such as on Colombo’s foreign relations.

A host of commentators, however, have expressed concern that Gotabaya has started to fill civilian offices with military officers, undermining democratic norms and rewarding cronies.

However, it is unlikely such criticism is going to bother the Rajapaksas, especially as world powers are vying for influence in the island-state.

During his two terms as president, Mahinda brought Sri Lanka closer to China at the expense of relations with neighbouring India.

Sri Lanka is facing a debt crisis and is looking for help from its largest foreign lender - Beijing.

The Rajapaksa government needs to come up with $4bn a year until 2024 to meet international debt repayments. According to reports, its foreign currency reserves right now stand at around $6.5bn.

At the same time, Sri Lanka is recalibrating its delicate foreign relations with push and pulls from different directions.

Since coming to power, Gotabaya has given indications that he wants to place his country in the Chinese camp. His government has said that it is reviewing a multi-million dollar deal with India in order to build a seaport terminal.

This is part of what analysts say is Colombo’s attempt to distance itself from being reliant on Quad nations - Australia, India, Japan and the United States - a group that is trying to contain Chinese influence in the region.

Sri Lanka recently shelved the Japan-funded Colombo Light Railway project, and there is opposition to a $480m US government grant, which was designed to upgrade logistics and transportation on the island.

In any case, the economic disruption caused by the pandemic might force Sri Lanka to think beyond China. Its economy is expected to shrink, and a fall in global consumer demand has badly hit garment exports and tourism- both sectors employ thousands of people. 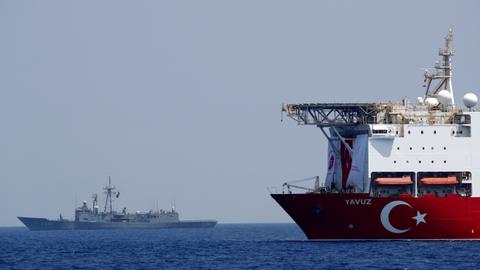