1
French government looks for ways to close down more mosques
2
Debate over ‘Jewishness’ intensifies ahead of Israeli elections
3
Is Berlin's club culture dying?
4
‘Uber must pay up,’ say drivers after landmark UK judgement
5
A deepfake future is closer than you think. Should we be worried?

The PKK affiliate YPG has developed relations with the US, Russia and the Syrian regime, claiming significant territories in northern Syria. But a top US general says the time has come for the group to either be with Washington or join its rivals.

US ally the YPG is close to facing a dilemma after a top-ranked US military official ruled out the possibility of working with the militant group if it chose to normalise its relations with the Syrian regime, a Russian ally.

“We will continue to train and arm them as long as they remain our partners,” said US Lieutenant General Paul LaCamera, commander of the Combined Joint Task Force, which conducts anti-Daesh operations across Syria and Iraq. “Once that relationship is severed, because they go back to the regime, which we don’t have a relationship with, [or] the Russians ... when that happens then we will no longer be partners with them.”

An American ally in the fight against Daesh, the YPG is the Syrian wing of the PKK, which is recognised as a terrorist organisation by Turkey and the US. The YPG-dominated Syrian Democratic Forces (SDF) managed to strike a delicate balance between working with the US forces in northern Syria and sharing a tactical understanding with the Syrian regime led by Bashar al Assad.

The US and Turkey have opposed the Assad regime from the beginning of the civil war in 2011, but they were not able to form an effective collaboration against the regime partly because of their sharp differences over the YPG presence in northern Syria.

Ankara has long pressured Washington to sever its relationship with the YPG, particularly due to the PKK’s three-decade terror campaign against the Turkish state which has led to more than 40,000 deaths across the country.

Turkey offered its full support to the US for its anti-Daesh campaign, but to date Washington has partnered with the YPG. However, LaCamera’s bold assertion could herald a new era between the two NATO allies with the implementation process of President Donald Trump’s unexpected pull-out decision helping get the relationship between Turkey and the US back on track.

At the same time, the US push against the YPG could revive the old working relationship between Damascus and the PKK, which had established training camps across Syria under the protection of the late Hafez Assad, the father of Bashar al Assad, from the late 1970s until the late 1990s.

Abdullah Ocalan, the founding leader of the PKK, also lived in Syria for two decades until 1998, when Turkey issued a serious military threat against Syria that if it still continued to protect Ocalan and the terror organisation, Ankara would launch an invasion to destroy the group.

Back then, the Syrian regime utilised Ocalan and his comrades for both external and internal purposes. Externally, the PKK groups were mobilised against Turkey to threaten the country on the water issue and the status of the Hatay province, which seceded from Syria in 1938 and became part of Turkey in 1939.

Internally, the PKK leadership had been used by Damascus to suppress Syrian Kurdish aspirations.

In 1999, Ankara captured Ocalan after Damascus forced him to flee from Syria in 1998. He has been in prison in Turkey ever since.

However, Syria’s broken relationship with the PKK has been restored during the civil war according to TRT World sources.

During the civil war, the rapid emergence of YPG’s ‘cantons’, or autonomous regions, across northern Syria has surprised many. However, according to TRT World Syrian Kurdish sources, the regime and the PKK leadership have previously reached an understanding and coordinated military withdrawal of the Assad forces from northern Syria.

Since then, there have not been any significant clashes between the regime forces and the YPG, which has also developed its relations with Moscow, the main backer of Damascus. At some point, the YPG was even able to open a political office in Moscow, which do not consider the Marxist PKK and its offshoots, as terror groups.

During the Cold War, the Soviet Union, a communist state that defended a Marxist-Leninist ideology across the globe, was “a symbol of a successful revolution against Western capitalist imperial system” for the PKK leadership, according to Ali Balci, a Turkish academic, who has worked extensively on the PKK ideology and its regional politics.

After the Cold War, Russia, the successor state to the Soviets, also kept a working relationship with the PKK, angering Turkey.

With the emergence of the Syrian civil war, the Russia-PKK relationship has been materialised through the YPG. During this time, Moscow has reportedly delivered weapons to the YPG in western Syria.

But the YPG has also become a political instrument for the PKK’s reach in the US, the leader of the capitalist world, and the Washington-led Western coalition, which was an odd choice for a communist group like the PKK.

Though the YPG has established partnerships with both the world powers of the US and Russia, exploiting the brutal civil war conditions, it was only a matter of time until the group had to make a choice between the two as the civil war came to a close.

The latest statement from LaCamera, the top American general of the anti-Daesh coalition, has reminded the group that time has come to make a choice.

In Afrin, a former YPG enclave in northwestern Syria, where Russia had military presence side by side with the YPG before Turkey’s 2018 Olive Branch operation against the group, the YPG dilemma was obvious.

As Moscow withdrew its forces from Afrin in an agreement with Ankara, leaving the YPG to face Turkey’s army, NATO’s second biggest military, Washington did not offer any assistance to the group.

In a few months, Turkey was able to claim the region, kicking out the YPG from Afrin and enlarging its controlled territories in northwestern Syria.

Now, Turkey says it could launch another operation to clear the YPG groups from northeastern Syria across its border. With the US withdrawal from the region on the horizon, the YPG may again essentially be left alone to face Turkish military might.

As a result, the group, which has recently been advised by Moscow to start a dialogue with Damascus, signals that it could develop a political rapprochement with the Syrian regime to prevent a Turkish operation. Moscow has also previously said that it could mediate between the regime and the YPG.

But Assad has recently declared that he will not accept any autonomous region under the Syrian regime control.

Therefore, the YPG’s options might reach a dead end.

If the group allows Syrian regime forces to enter northeastern Syria, the US says it will not support the YPG, meaning the group’s military and political presence will be left to the mercy of the Assad regime.

In the case of an imminent Turkish operation like Afrin, left alone by Moscow and Washington, both of which have had military partnerships with Ankara, the YPG-ruled northeastern ‘cantons’ could eventually collapse in the face of Ankara’s enormous military power. 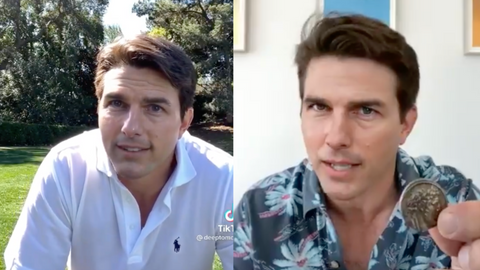 A deepfake future is closer than you think. Should we be worried? 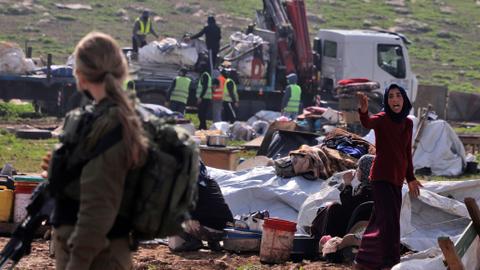 1
French government looks for ways to close down more mosques
2
Debate over ‘Jewishness’ intensifies ahead of Israeli elections
3
Is Berlin's club culture dying?
4
‘Uber must pay up,’ say drivers after landmark UK judgement
5
A deepfake future is closer than you think. Should we be worried?