Researchers have been able to create an immune response in patients with a vaccine against a cancer-causing protein in phase I trials.

Researchers from the University of Washington School of Medicine (UWSM) in Seattle report that the breast cancer vaccine they have been working for over the past 20 years was effective, generating a strong immune response to an aggressive tumour protein.

They published their findings in the JAMA Oncology journal recently, and revealed the results of the phase I human trials of the vaccine they came up with.

Why is breast cancer research important?

The World Health Organization notes that while breast cancer can be treated effectively, especially when diagnosed early, it is quite a widespread disease: “As of the end of 2020, there were 7.8 million women alive who were diagnosed with breast cancer in the past five years, making it the world’s most prevalent cancer.”

The National Breast Cancer Foundation, a charity based in the United States, estimates the number of deaths from breast cancer in the US at 43,550 women and 530 men in 2022 (men also are susceptible to breast cancer, although at a much lower rate).

According to the foundation, “Breast cancer is the most common cancer in American women, except for skin cancers. It is estimated that in 2022, approximately 30% of all new women's cancer diagnoses will be breast cancer.”

Why is the HER2 protein a target for research?

The National Cancer Institute (of the United States) notes that HER2 protein contributes to the spread of breast cancer, and that scientists for the past forty years have been working on limiting the genetic expression of the protein to curb the disease.

“In the early 1980s, after the discovery that a mutated gene called HER2 could stimulate excessive cell growth and division, many scientists wondered if certain genes might make cancers grow and spread rapidly,” the institute says on its website. “Researchers around the world began searching for genes that spur cancer growth.”

Over the years, researchers came up with cancer drugs that aim to block HER2 to slow the growth of HER2-positive breast cancer. Yet, as NCI reports, “Despite these successes, many women with breast cancer don’t benefit from current HER2-targeted treatments, or they become resistant to the effects of these drugs after initial treatment.”

That is why researchers to this date keep working on countering the effects of HER2 protein on breast cancer.

How does the new UWSM vaccine work?

HER2-positive breast cancer is not hereditary but it is a difficult disease to treat because there is high risk of recurrence. The UWSM researchers discovered that this type of cancer didn’t reoccur in patients whose immune systems had been triggered to provide a response.

According to a UWSM news release, “patients with HER2-positive breast cancers who mount a type of immune response called cytotoxic — or cell-killing — immunity are less likely to see their cancer recur after treatment and have longer overall survival than those who do not mount such an immune response.”

Dr. Nora Disis and her colleagues created a DNA vaccine: “Unlike protein vaccines, which typically contain a protein or part of a protein that you want the immune system to target, DNA vaccines contain the DNA instructions for the target protein.”

They were expecting to see a strong cytotoxic immune response to the HER2 DNA contained within the vaccine.

What was the trial?

The researchers recruited 66 female patients who had metastatic cancer. They separated them into three groups, and injected them three times with 10 micrograms, 100 micrograms, and 500 micrograms of the vaccine respectively.

The patients were monitored “for three to 13 years (median follow-up was nearly 10 years).”

What was the result of the trial?

"The results showed that the vaccine was very safe," Disis said. “In fact, the most common side effects that we saw in about half the patients were very similar to what you see with COVID vaccines: redness and swelling at the injection site and maybe some fever, chills and flu-like symptoms.”

According to the researchers, the vaccine improved the life expectancy of the trial participants – “about half of whom would be expected to die within five years of treatment”.

“We’ve now followed these women for ten years and 80% of them are still alive,” Disis noted. 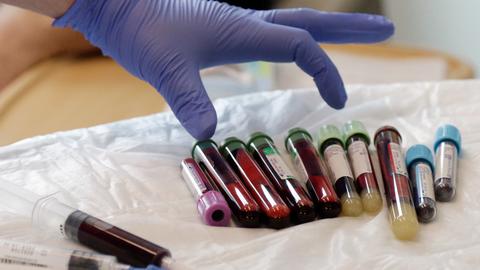