Have US sanctions made countries poor and strengthened rival regimes?

The US and its allies have often tried to stifle the economic growth of several countries for political reasons, but the tactic hurts ordinary citizens and rarely foments regime change.

When former US president Barack Obama was in power, he separately lifted the economic sanctions against both Cuba and Iran. His aim was to open a fresh page with both the countries since harsh measures against them had failed to bring desired outcomes.

But as Donald Trump succeeded Obama in 2016, he adhered to the same old tool the Obama administration had discarded in its second term.

Are US sanctions effective enough to foment regime changes?

With Trump's aggressive stance against Iran and Cuba, this long-standing question became as relevant as ever.

In 2014, Manuel Oechslin, a Dutch professor on international economics, published a comprehensive study on the effects of economic sanctions. In his study “Targeting autocrats: Economic sanctions and regime change,” Oechslin argued that in most cases sanctions have failed to achieve stated goals.

“It appears that many of these sanctions episodes ended prematurely, i.e., the sanctions were lifted after a couple of years even though the intended goal had not been achieved,” wrote Oechslin.

Oechslin's conclusion heavily relies on data collected and examined by Gary Hufbauer, one of the leading experts on US sanctions.

A former senior US treasury official, Hufbauer examines 57 cases of US sanctions from 1914 to 2000 in a book titled "Economic Sanctions Reconsidered," which is regarded as one of the most influential takes on the subject

Out of 57 cases, he found only 12 cases, or 21 percent, being “partly successful,” while in 37 cases, which corresponded to 65 percent, sanctions could not even partly accomplish its defined objectives.

Hufbauer continued his research on the subject, taking up new cases from 2000 to 2010. The findings were strikingly similar to that of the pre-2000 period.

“We analysed data actually before Trump came in the office," Hufbauer told TRT World. "We could not see a big difference on the success rate or the characteristics of success between post-2000 and before 2000. It’s far less than half of the time, [that] sanctions succeed to achieve their foreign policy goals.”

Other experts on the subject arrived at similar results. In a 1998 article, Robert Pape, a prominent political scientist in the US, worked with a sample survey that was bigger in scope than Hufbauer's. He examined 115 cases and found out the US had achieved some degree of success in just five cases.

Contrary to the findings of various academicians and political scientists, the US continued to wield the tool of sanctions against Cuba, Russia, North Korea and Iran.

“Often times the purpose of sanctions is to reassure constituencies in the sender country [which impose sanctions on the target countries where people can think that] their government is doing something about that behaviour of the target country,” Hufbauer said.

Obama’s rapprochement policy toward both Cuba and Iran was apparently a tacit nod to suggest sanctions were no longer a relevant method against its rivals.

The sentiment was repeated by Greek Prime Minister Alexis Tsipras in 2015. After a meeting with his Russian counterpart Vladimir Putin, Tsipras described US sanctions against Moscow as a "vicious circle," which was responsible for creating a "Cold War" like situation.

Several US allies have displayed displeasure with the policy of imposing sanctions against certain countries to no avail. Also the countries that are at the receiving end have often found creative ways to dodge such harsh economic measures and even use them to cultivate anti-US resentment among the people.

Fidel Castro, the former Cuban president, who successfully led a socialist revolution against the country’s pro-American Batista regime in 1950s, described sanctions against his country after the revolution as “Yankee imperialism.”

The Castro government solidified its anti-American stance among the Cuban masses, holding US sanctions responsible for the country’s economic troubles. It provided a common ground between Cuba and several  countries, including the former Soviet Union, to forge new economic alliances.

In Iran, similar rhetoric has also won most hearts since the Iranian revolution of 1979. Even after the 2003 US invasion of Iraq, a Shia-majority country, Iran has become more assertive than ever going after US interests across the Middle East.

Similarly, as the US imposed sanctions against Tehran after the 1979 revolution, Iranians began to blame Washington for the country's slow economic growth. Over time, amidst the US invasion of Iraq, the Shia-majority country became more assertive than ever. It became so emboldened that it began competing for regional influence in the Middle East.

“I am not sure if we can say that the sanctions had changed any Iranian policy toward other governments,” said Fatima A Karimkhan, a senior reporter at Iranian Student News Agency (IRNA), an Iranian state-funded media outlet.

“In my opinion it is not the sanctions which make changes in policy of any government but it is the demands of people.”

“Implementing sanctions against Iran is based on a flawed logic,” said Osman Bostan, a Turkish analyst and an expert on Iranian politics, echoing Tsipras’ 'vicious circle' comment of the essential character of EU sanctions against Russia.

“Trump’s political calculations are based on a cheap and poor judgment,” Bostan told TRT World. “Iranians are mostly holding Americans responsible for sanctions’ heavy price on their daily lives. As a result, the sanctions will not produce any results in Iran.”

Eugene Chausovsky, an American expert on Russian sanctions at a leading geopolitical intelligence platform named Stratfor, explained how defense mechanisms of the sanctioned regimes resemble each other. “I think the Russian case is similar to what we have seen in Cuba and Iran in terms of sanctions being a rallying point for the respective regimes,” Chausovsky observed.

“Putin can say, ‘Look, we experience economic problems as direct results of US-Western pressure. Because of this pressure, our economy is struggling and people are suffering.’”

Putin was able to use sanctions to foment anti-western sentiment across Russia and to  increase the popularity of his leadership, turning sanctions to work against the states which have originally wanted to punish Russian behaviour.

“These sanctions did not change the Russian behaviour according to our analysis,” Hufbauer said. “They [sanctions] are vicious circles in a sense that they can create opposition.”

Despite its flaws, why are the US and its allies so obsessed with sanctions? Here's what experts say.

First, if sanctions were compared with wars, Hufbauer said, they are still much more preferable and predictable, and much less costly than full scale military interventions.

Second, in some cases sanctions have proved instrumental in bringing adversary states to the table for negotiations. “Sanctions against Iran were one element which led Iran to reach a nuclear agreement with US and Western powers,” Chausovsky said.

With various states time and again exhibiting obstinacy toward the US and defying its sanctions, it's the ordinary citizens of countries like Russia, Iran, Iraq, Cuba, Korea and others, who have borne the brunt of such harsh economic measures.

“Sanctions are like carpet-bombing,” said Hufbauer, comparing US sanctions with indiscriminate bombing campaigns led by Great Britain against Germany in WWII.

“Most of the people had nothing to do with Hitler. They had no influence over Hitler.”

Have US-imposed sanctions ever worked? 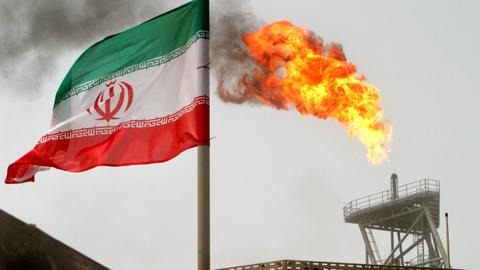 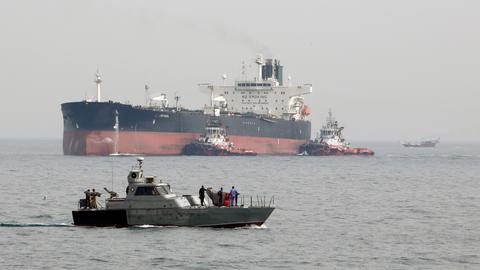