May 27: A dark military coup in Turkey

On this day, Turkey observes the 60th anniversary of a military takeover that toppled the elected government of Adnan Menderes which led to his execution.

For Turkey, May 27 is the day it remembers putschists usurping power by toppling an elected government and executing the country's first democratically elected Prime Minister, Adnan Menderes, along with two cabinet ministers.

The coup took place exactly 60 years ago and it still resonates with Turkish people. A large number of Turks pay homage to Menderes either by visiting his grave or writing a few words of admiration on social media.

This time, Turkish President Recep Tayyip Erdogan has inaugurated a Democracy and Liberties Island in the Sea of Marmara near Istanbul.

“Yassiada, which is home to one of the darkest periods in the history of democracy, is reborn as the Democracy and Liberties Island,” Turkey's Communications Directorate Fahrettin Altun said on Tuesday in a public service announcement.

The island of Yassiada lies about a two-hour ferry ride away from Istanbul. During the military coup in the 1960s, it became a notorious jail for Menderes and his Democratic Party (DP) members.

Days before the coup took place, political tensions were high between the Menderes administration, which had enjoyed the overwhelming support of Turkish people for a decade, and the opposition led by Ismet Inonu, who represented the Republican People's Party (CHP).

The political wrangling ended with the military takeover and subsequent executions. It sent shock waves across the country.

The One Party Regime and Multi-Party Process

Following its foundation in 1923 in Turkey, The One Party regime ruled the country until the first free and fair elections were held in 1950. Led by the founder of modern Turkey, Mustafa Kemal Ataturk, and Ismet Inonu, who had a military background, the CHP was at the helm for most of post-independence Turkey until the Democrat Party emerged as an opposing party in 1946. It was, at first, a splinter group made up of CHP defectors. Having risen from the CHP's liberal Kemalist wing, Celal Bayar became the Democratic Party's president and four years later, Adnan Menderes, an Aegean farmer, became Turkey's prime minister.

The Democratic Party government was keen on easing the pressure on the Turkish public. It sought to grant religious freedom, as well as improve commerce and industry by the creation of employment for everyone.

Following the decades of struggle against poverty, hunger and stifling laws that targeted devoutly Turks, the DP government's reforms brought much-needed respite to a significant number of people.

Menderes soon became a hero for the masses, gaining a reputation of being a leader who championed transparency in democracy. To help himself live up to people's expectations, Menderes struck out against the country's political elite, transferring their properties — in most cases acquired by the CHP leaders through unfair means — to the state treasury.

The CHP denounced Menderes's measures against the ill-begotten properties and within a few weeks the Istanbul Pogrom took place between 6-7 September, 1955. For regional observers, the chaos was a "secret plot" to disrupt public peace. Istanbul's non-Muslim neighbourhoods, especially Greek people, were attacked, prompting Menderes's government to come down heavily on rioters, imposing tough public restrictions. The move backfired as the Democratic Party lost a significant vote share in the 1957 general election, although they still managed to stitch together a government. Between the riots and the election, Menderes had mitigated the possibility of a military coup by arresting nine military officers who were accused of planning a takeover.

The decreasing vote share made the party vulnerable to the wrath of the same people Menderes had gone after when he seized their properties. The common knowledge in Turkey is that underneath Menderes’s nose, out rose a military-bureaucratic nexus. It culminated in a full blown military coup and his execution.

The final straw was the government's decision to establish an investigative commission in parliament to overview the activities of some CHP deputies and journalists on 18 April, 1960. In response, the CHP leader Inonu launched a nationwide tour "Bahar Taarruzu" (Spring Attack), in which he played a populist card by evoking the memories of Greco-Turkish War, between 1919-1922.

While announcing the coup and takeover of the country’s democratically elected government, the military junta led by General Cemal Gursel accused the government of violating the constitution and the principles of Mustafa Kemal Ataturk.

However, Adnan Menderes, who won three elections and governed for 10 years, had started his political career as a member of the CHP. He rose through the CHP ranks, became a member of parliament reportedly on Ataturk's command and served under the CHP's roof for over 10 years.

But it wasn’t to be forever, mainly because Menderes and Inonu soon came to blows over a bid to outcompete each other within the party. Inonu became chairman of the CHP after Ataturk's demise in 1938.

For Menderes' supporters, the main accusation against him — that he had violated Ataturk's principles — was out of step with reality, because Ataturk had handpicked Menderes and promoted him as the Member of Parliament during the One Party rule.

During a press conference on 28 May, when a member of the media asked Gursel whether Inonu was aware of the coup, he replied that Inonu would never have allowed it should he have been aware of such a thing. However, despite this comment, Inonu was quick to express his good wishes to Gursel during a phone call.

Although Gursel believed that Inonu would not have sanctioned the coup, he did admit in his last letter that Inonu had put pressure on him to execute Adnan Menderes. He expressed regret at this.

In his letter, Gursel said that following his retirement he got an offer to lead the junta, the so-called National Unity Committee (Milli Birlik Komitesi), and he was swiftly taken to Ankara on 27 May.

As Colonel Alparslan Turkes announced the coup as a member of the so-called National Unity Committee, he then asked for support from the CHP. Refusing to act in favour of a particular side, Turkes was exiled to India.

While talking to the Anadolu Agency, Turkey's public news agency, the son of Mehmet Arif Demirer, transport minister of Menderes administration, said Turkes told him that he was not informed about the process in the islands of Imrali and Yassiada, nor the demand of acting in favour of CHP in the military.

As a result of this conflict, the committee was repealed on November 13, 1960.

In the aftermath of the coup, Adnan Menderes was taken to a cell on Imrali Island while other arrested members of the Democratic Party were taken to Yassiada Island where they were tortured.

It is said that Menderes tried to commit suicide after facing painful physical torture. The court ruled in favour of the death penalty for the 15 defendants. Despite appealing for help from many western countries, including the US, Adnan Menderes, Foreign Minister Fatin Rustu Zorlu and Finance Minister Hasan Polatkan were executed.

The putschists rolled out a constitution that sought to control the government from all sides. It was written by pro-coup academics and was recognised with force. The constitution was accepted in a referendum with slightly more than half the votes needed. The electoral system was changed in a way so as to allow no room for the opposing parties to make any claim.

Menderes was executed on 17 September, 1961 and exactly twenty-nine days after the new general election had taken place.

The Justice Party, considered a continuation of the Democratic Party, won the elections achieving 34.8 percent of the votes. 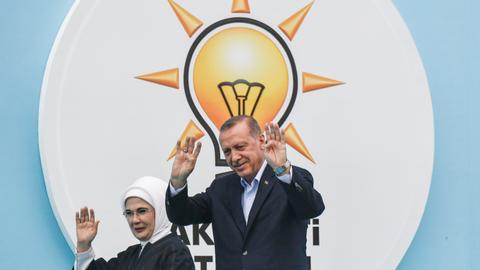 Erdogan addresses thousands of supporters at a mega rally in Istanbul 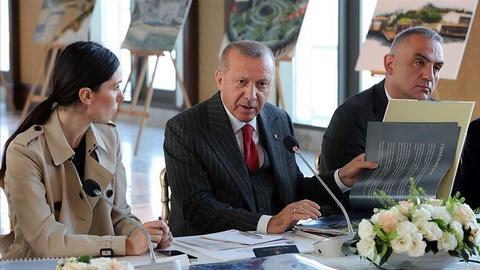 Island of democracy and freedom will be inaugurated near Istanbul - Erdogan