Microwaves not to be blamed for 'Havana Syndrome', a State Dept report says

The US government said it’s probably the short-tailed crickets that make the American diplomats around the world sick, according to a newly declassified report.

When the United States diplomats and spies stationed around the world began catching a mysterious illness in 2016, one bizarre theory that made rounds was that it could be caused by microwave-turned-weapons.

Noises linked to the illness, which was first spotted in Cuba’s Havana, however, are likely to be caused by crickets, not microwaves, according to a declassified scientific review report obtained by BuzzFeed News via a Freedom of Information Act request.

The US State Department commissioned JASON advisory group, an elite scientific board, to look into what may have caused the unexplained condition that was named “Havana Syndrome.”

Buzzing mechanical sounds, intense pressure in the head, vision problems, vertigo, memory lapses and cognitive impairment were among the symptoms reported by the US employees.

Completed in 2018, the report has concluded that at least eight of the original 21 Havana syndrome incidents that the scientific board was able to record some of the sounds that the affected US officials complained about.

The report, at the time, debunked the theory of microwaves saying that “no plausible single source of energy (neither radio/microwaves nor sonic) can produce both the recorded audio/video signals and the reported medical effects.”

The scientists acknowledged that “the suffering reported by the affected individuals is real,” but they also pointed out that mass psychology can also trigger neurological injuries in people.

“JASON believes such psychogenic effects may serve to explain important components of the reported injuries,” they said.

Then came the insect theory.

“The most likely source is the Indies short-tailed cricket, Anurogryliscelerinictus. The call of this animal matches, in nuanced detail, the spectral properties of the recordings from Cuba once room echoes are taken into account,” the report said.

The board said other hypotheses are also plausible, such as generation by mechanical devices, for example a worn pump motor, or structure-borne vibrations.

'Havana Syndrome' is back, so as the microwave theory

The illness, however, re-appeared this year, bringing the number of US officials affected by the related injuries reported in different locations, from China to the US itself, to around 200.

Five years on, one official has described the mystery behind the illness as “the most difficult intelligence challenge” the US has ever faced, with the officials unable to spot the root cause of incidents.

In July 2021, CIA Director William Burns, who’s seen as a key player in the agency’s hunt for Osama bin Laden, was tasked to head a team to track down the root cause of these strange health incidents.

The microwave theory, meanwhile, is back on the table and being considered by scientists and officials. At the height of the Cold War, the US believed Moscow was using microwave radiation to control American minds. Some doctors and scientists have entertained such theories, saying microwave strikes may have indeed caused brain damage and might have been used as a psychological warfare tool.

A report commissioned by the State Department and published by the National Academies of Sciences suggested microwaves as the “most plausible” cause of the symptoms.

"The 2018 JASON report, which was commissioned during the last administration, is not aligned with the Biden-Harris administration’s understanding of AHI [anomalous health incidents] and it has not informed our response," said a senior US administration official, in a statement sent to BuzzFeed News.

Acknowledging the shortcomings of the previous report, the new administration set up a board with a new panel of experts from across the Intelligence Community, academia, and the private sector, the official explained the renewed efforts to generate new insights on the incidents.

The US doesn’t officially blame anyone yet, but senior officials suspect that the Russians are behind the syndrome, even though the intelligence analysts and operatives don't yet have concrete evidence. Moscow denies any relation to the incidents.

As the syndrome continues “creating a concussion without a concussion” among the US personnel, as one specialist at the University of Pennsylvania’s Center for Brain Injury and Repair put, the US now compensates the personnel who are affected by the incidents. 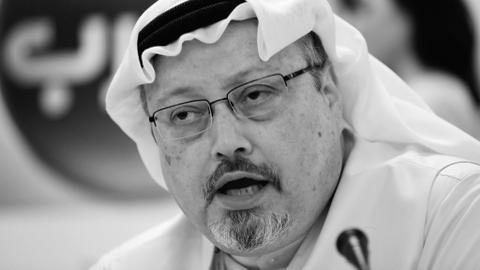